A map of the Trans-Canada Highway. Quebec is the last province to join the partnership.
Encyclopedia Britannica

On October 27, 1960, Jean Lesage reached an agreement with Ottawa that would extend the Trans-Canada Highway through Quebec. Thus began the story of the Louis-Hippolyte-La Fontaine bridge-tunnel. This continental axis was first meant to run across the Island of Montreal via the Metropolitan Boulevard, crossing the river east. On the south shore, the highway connected to Route 9 (116) near Sainte-Hyacinthe, highlighting the need for a method of crossing the river in the eastern part of the city. 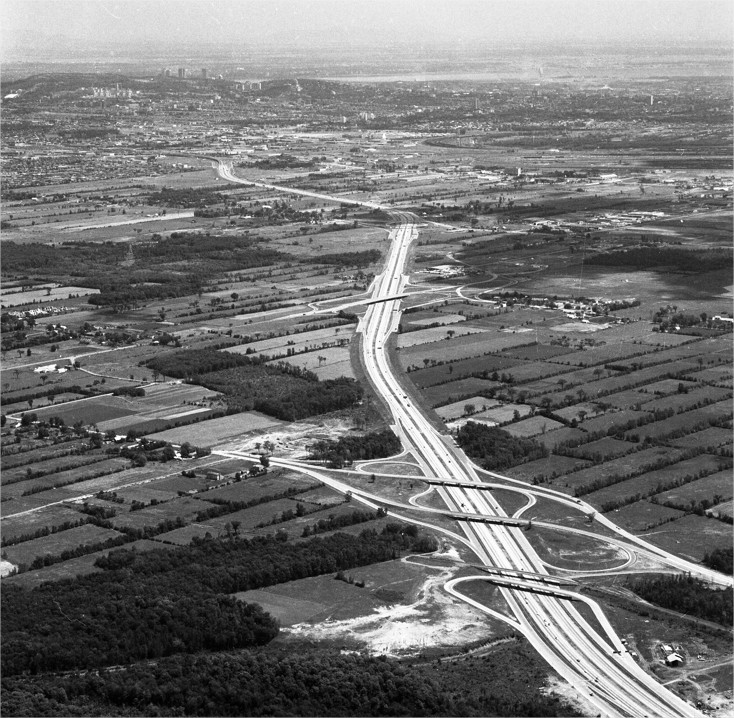 The Trans-Canada Highway in the West-Island, 1966.
City of Montreal Archives

In 1961, Jean Lesage’s government studied four potential sites between the Jacques Cartier Bridge and Pointe-aux-Trembles. Several factors were considered, such as the sites’ topography, technical benefits and drawbacks, current and future levels of urban development on both shores, traffic projections, opportunities for connecting to the Metropolitan Boulevard and Route 9 and, most of all, constraints imposed by the Port of Montreal, who had jurisdiction over the Saint Lawrence Seaway. 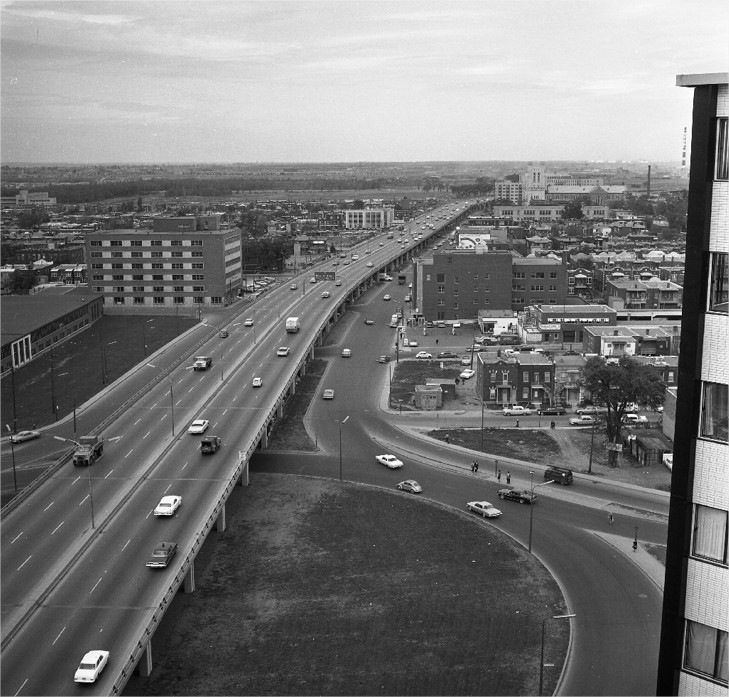 The intersection of the Metropolitan and Saint-Laurent boulevards, 1964.
City of Montreal Archives