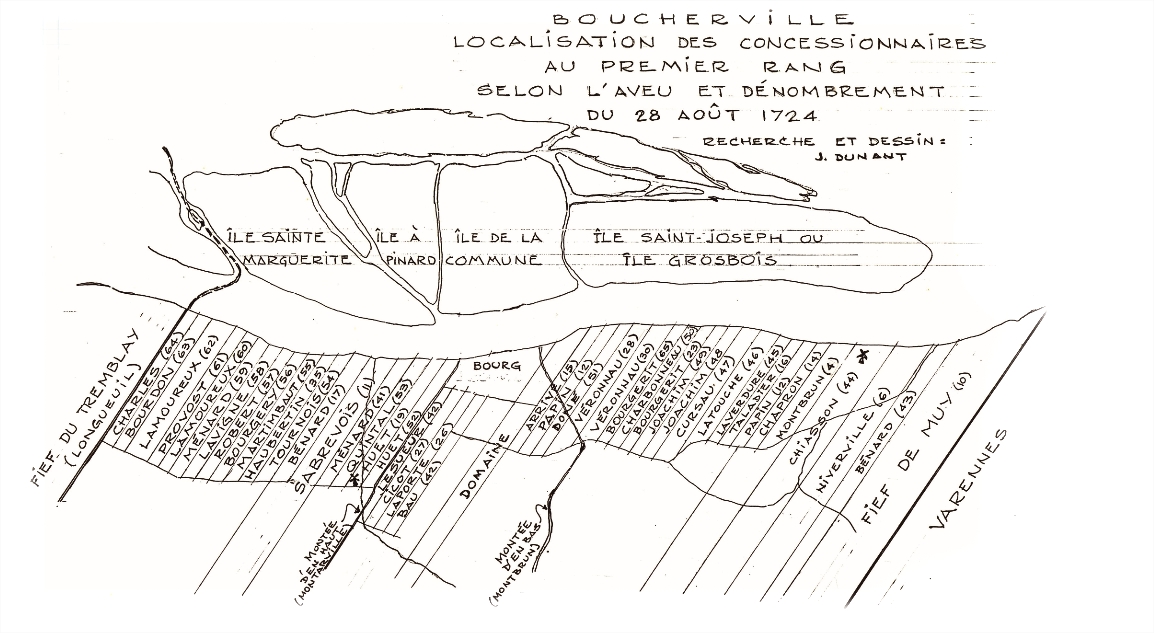 A map of concessions in the Boucherville seigneury in 1724, drawn by Jacques Dunant.
Société d’histoire des Îles-Percées

In 1664, Trois-Rivières Governor Pierre Boucher was granted the Îles-Percées seigneury. Three years later, in 1667, he moved there and named it Boucherville, making it one of the oldest localities in Canada, with an imposing area of 144 arpents wide by two leagues deep. Boucher was a rigorous administrator and wasted no time colonizing the land. 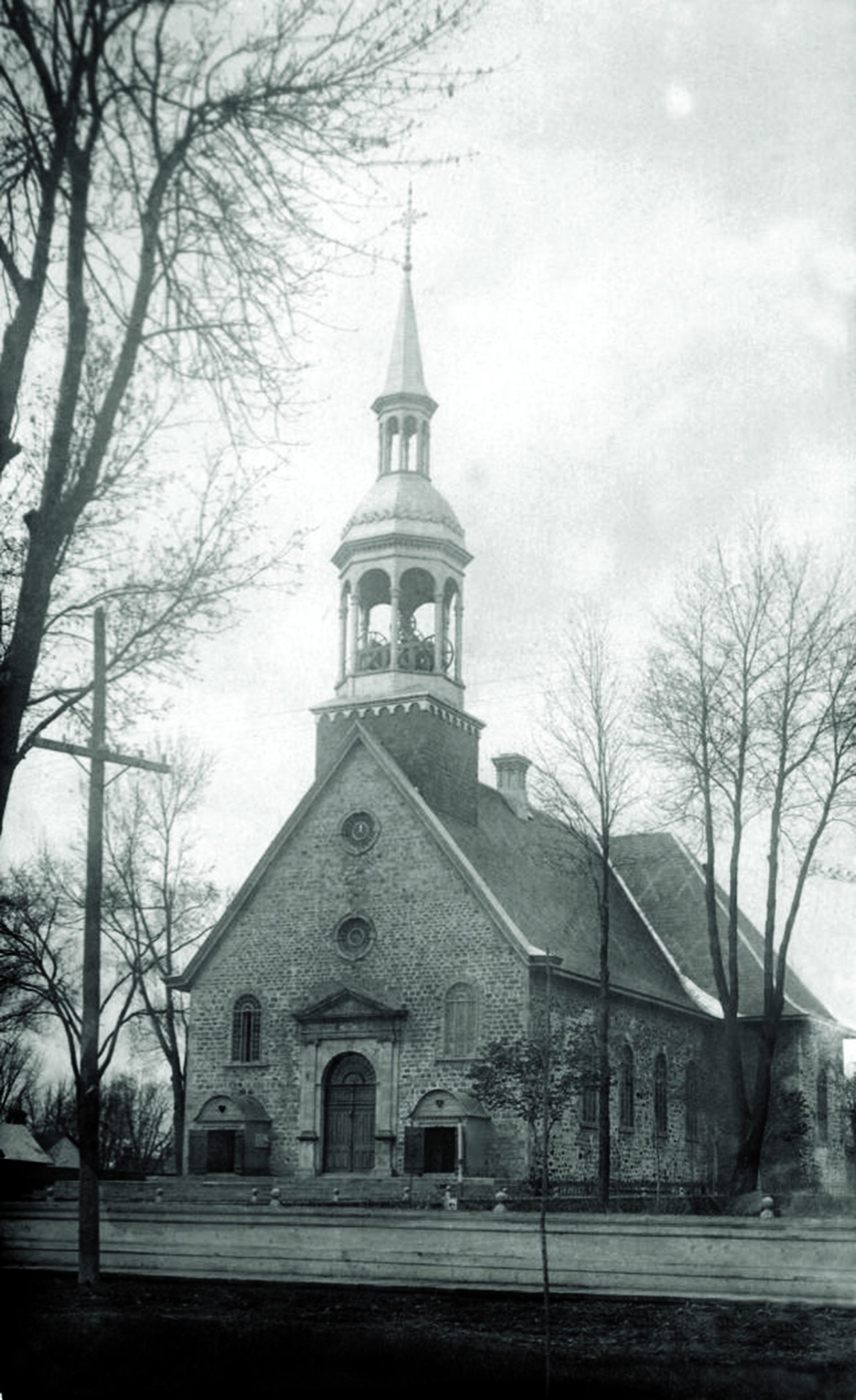 Towards the end of the 18th century, families started buying and clearing plots of land near what is currently Sainte-Julie. From 1857 to 1963, Boucherville’s farmland was divided in two entities: the town and the parish municipality.

Boucherville was far removed from urban life and major roads. Many well-to-do Montreal families, especially francophones, built villas and sports clubs for their summer holidays. Boucherville, as a vacation destination, was slightly different from Longue-Pointe as it was mostly seasonal, whereas its neighbour was busy year-round. Despite its tourist activities, Boucherville’s landscape remained chiefly agricultural until the 1950s. 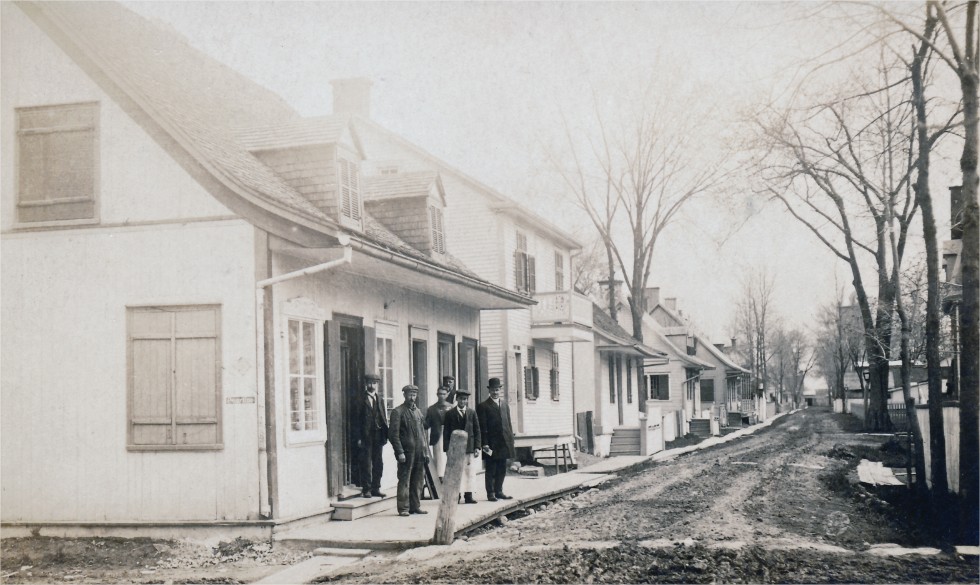 Longue-Pointe’s Origins Connected by the River