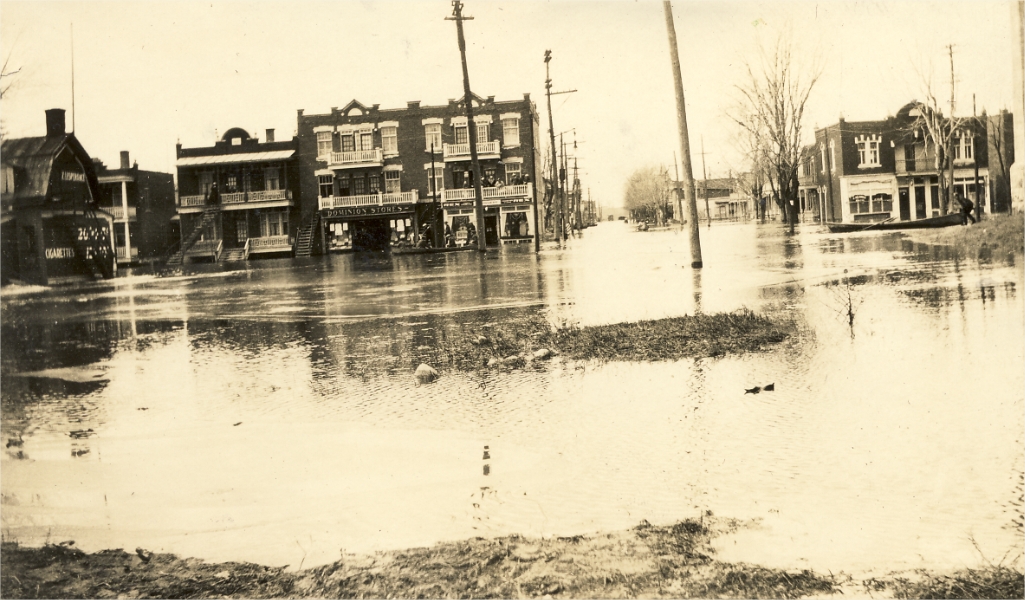 The turn of the 20th century saw the industrialization of Longue-Pointe. Major companies like Montreal Locomotive Works and Canadian Steel Foundries chose to set up shop away from the town’s centre, drawn by low land costs, as well as access to the Montreal market and main railway lines. These industries in turn attracted many working families to the area. The arrival of the electric streetcar in 1896 opened up the town and accelerated urban development significantly. Industrialization curbed the picturesque character of Longue-Pointe, as several ancestral riverside houses were torn down. 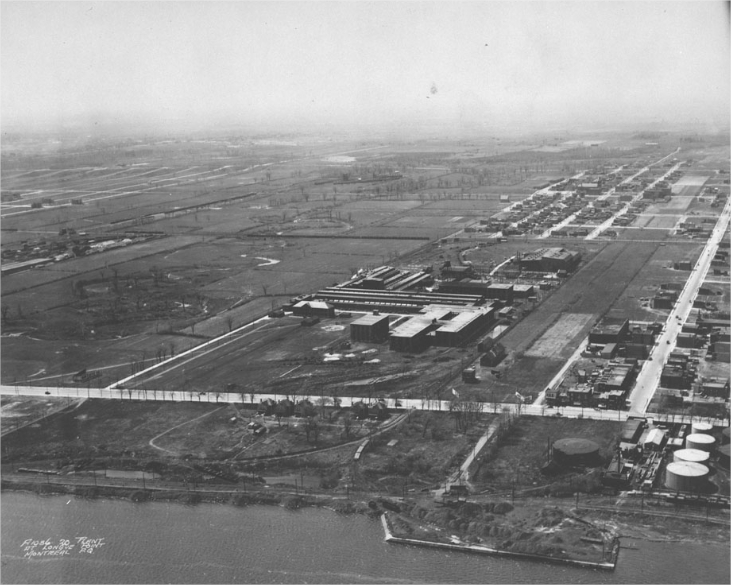 An aerial view of Montreal Locomotive Works, corner of Dickson and Notre-Dame Streets, circa 1935.
Library and Archives Canada

New residential projects, apartment buildings for the most part, gave birth to the parishes of Sainte-Claire, Guybourg and Notre-Dame-des-Victoires. From 1898 to 1907, the Longue-Pointe parish split into four municipalities: Saint-Jean-de-Dieu, Beaurivage, the City of Longue-Pointe and Tétreaultville. All these territories were forcibly annexed to Montreal in 1910 by virtue of a provincial law, with the exception of Saint-Jean-de-Dieu, which will remain a municipality until 1982. 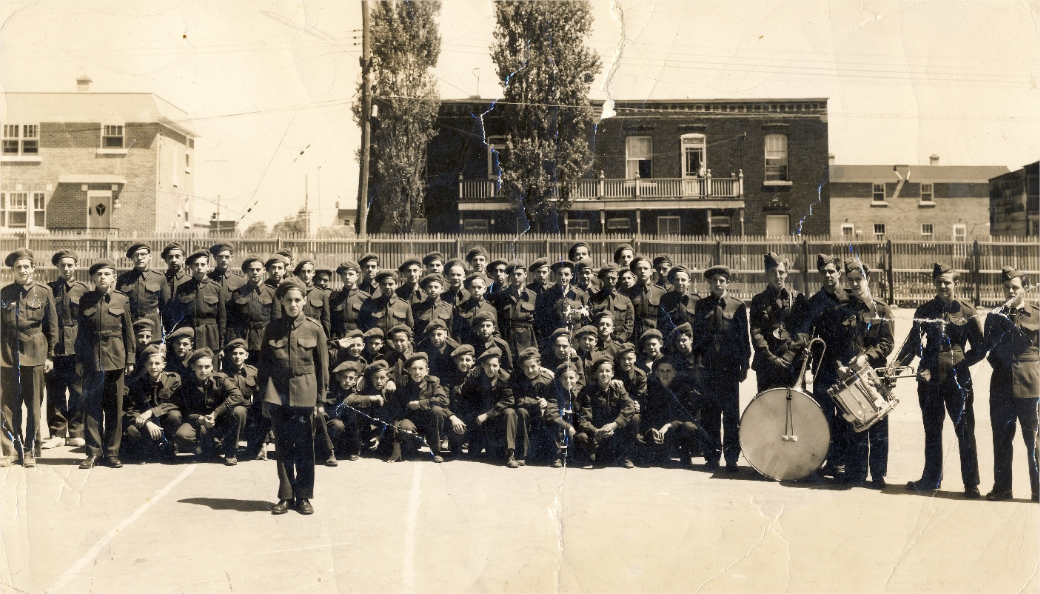 Connected by the River Modernity before the Bridge-Tunnel