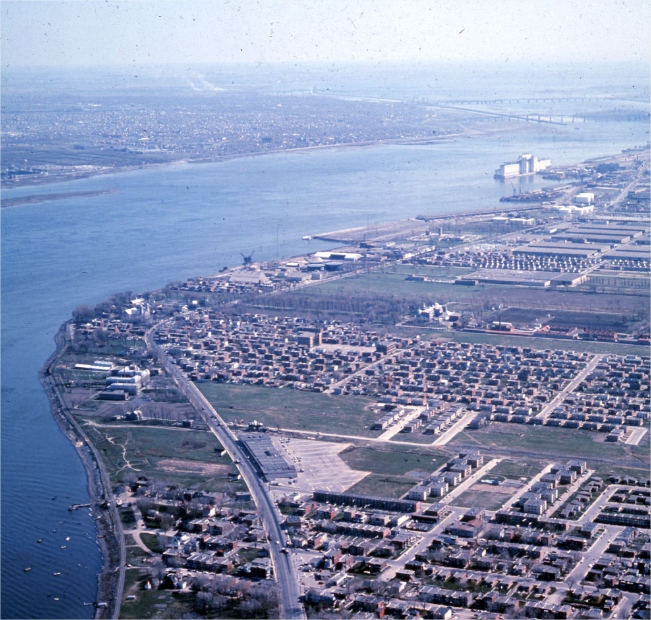 An aerial view of Longue-Pointe, 1964.
City of Montreal Archives

The Longue-Pointe site benefited from a buffer zone with the properties of the Saint-Jean-de-Dieu psychiatric hospital. This strip of land stretching all the way to the Metropolitan Boulevard had never been developed, except for the town centre near the river. The Montée Saint-Léonard, which ran along the buffer zone, finished in a convex shape that simplified construction of ramps for a tunnel or bridge. Boucherville Islands could also be used as support in order to save on the cost of structures. The area was also at just the right distance from the city centre to both reduce traffic on the Jacques Cartier Bridge and create a new development corridor in the eastern part of Montreal and the south shore. 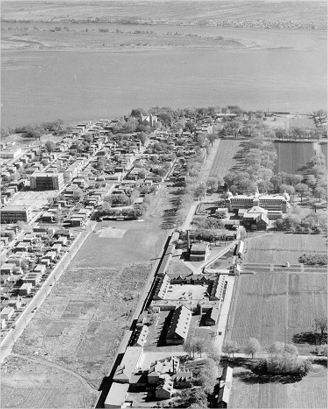 An aerial view of the vacant land between Longue-Pointe and Saint-Jean-de-Dieu, 1963.
La Presse 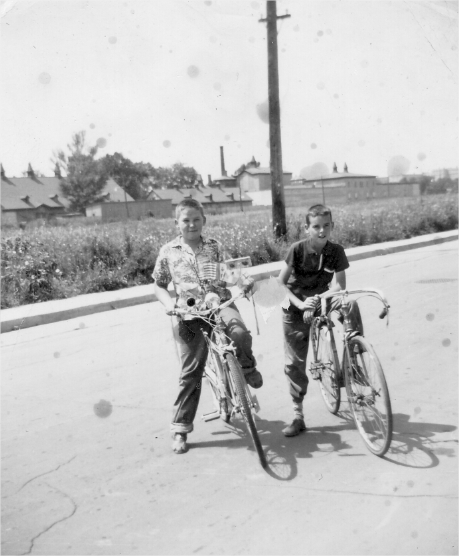 It was established that the Longue-Pointe site was the best suited for the planned developments of the Port of Montreal, who was looking to expand on the island’s eastern banks, and double the navigable channel to Boucherville Islands to transform the archipelago into a port complex. A superhighway connection between Montreal and Boucherville was ideal for the Port who was relying more and more on trucking.