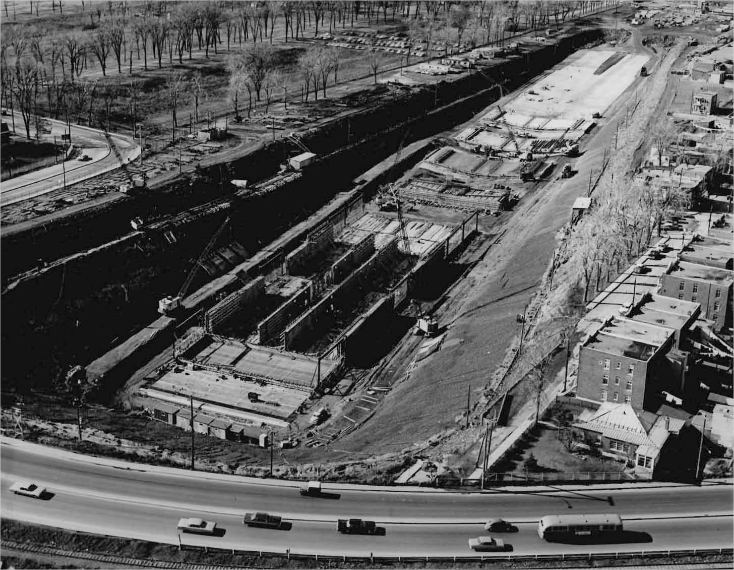 An aerial view of the tunnel under construction in Montreal, 1964.
Quebec Transport Ministry Archives

The northern limb of the bridge-tunnel site consists of a 30-metre-deep ditch to build the inclined surface section. Preliminary work was made even more complex by the expropriation of 300 families, the permanent closure of several streets, the creation of a detour on Notre-Dame Street, the rerouting of utilities (sewers, water, electricity) and negotiations with the Canadian National over diverting the railway line on Souligny Avenue. This portion of the tunnel was then backfilled to create a hollowing effect. 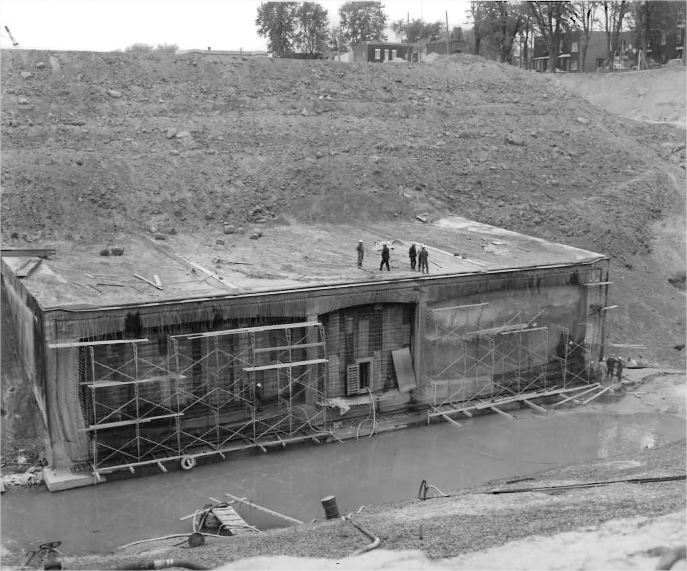 The north approach is sealed before its connection to the rest of the tunnel, 1965.
Quebec Transport Ministry Archives

A dry dock was built on Charron Island directly on the Saint Lawrence River. An inclined section identical to the one on the north shore was constructed to house the base of the south ventilation tower. Once completed, the section was backfilled up to the entrance level. The ground was then graded down to the superior dry dock section, which houses the seven prefabricated caissons as well as the base of the north ventilation tower. 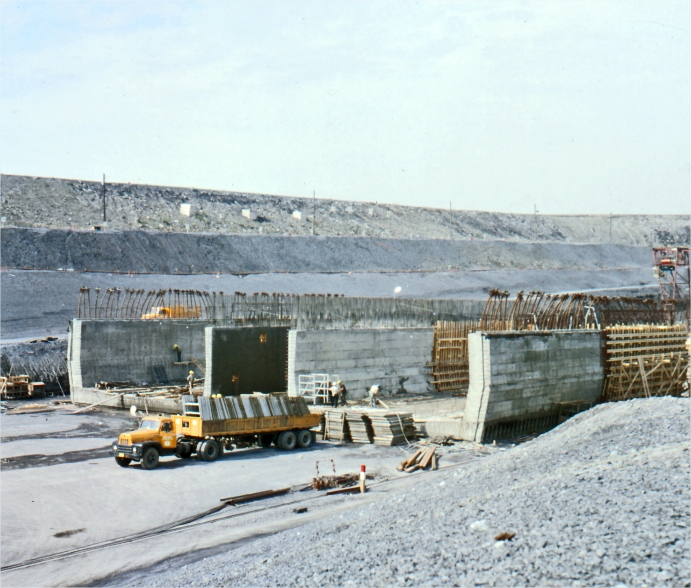 Assembly of a caisson in the dry dock, 1964.
Société d’histoire des Îles-Percées

The materials excavated for the dry dock (moraine, rock) were transported to the passage between the Charron and Sainte-Marguerite islands. This is why these two islands are connected today. The rest of the materials went towards building the extension on Sainte-Hélène Island for Expo ’67. Several contractors for the bridge-tunnel were working on both sites simultaneously. 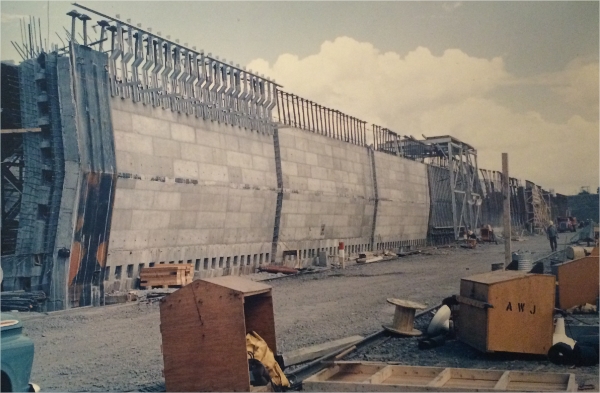