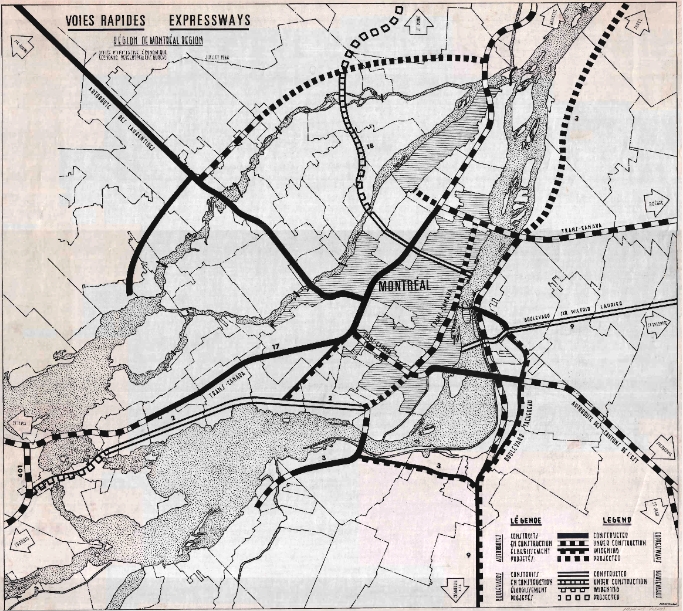 A map of highways under construction in Montreal in 1966.
City of Montreal Archives

In the 1950s, road congestion was a widespread phenomenon throughout North American cities. A symptom of soaring car sales and the growing urban sprawl, this problem was made even worse by Montreal’s insularity. In the years following the war the Honoré Mercier, Victoria and Jacques Cartier bridges were at full capacity, with nearly 3.8 million vehicles in 1945, and reaching as high as 30 million in 1959. 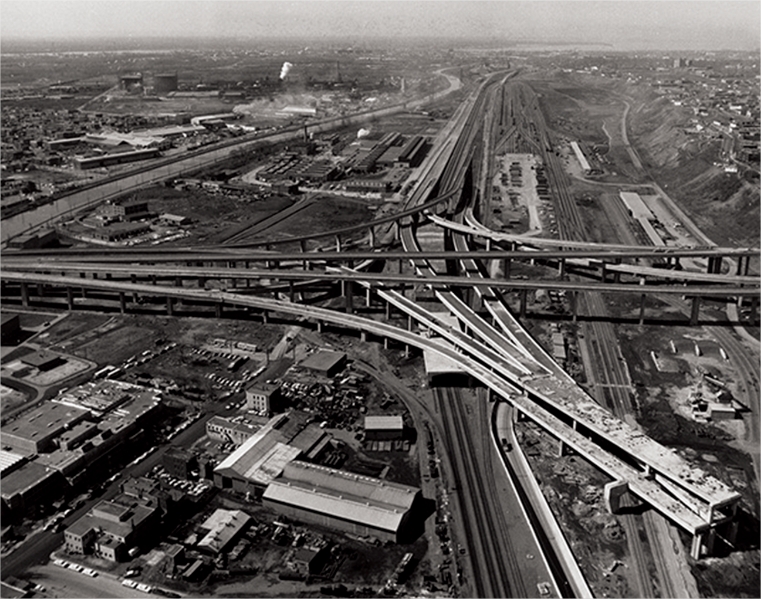 Construction of the Turcot Interchange in 1964, back then the biggest in Canada.
Quebec Transport Ministry Archives

Elected officials were aware of the urgent need to establish new alternative crossings over the Saint Lawrence River. Investments then focused on the western part of the city and the construction of the Champlain Bridge from 1958 to 1962. The eastern part of Montreal would be the next priority. The election of Jean Lesage in 1960 represented a turning point for the province as well as Montreal’s road’s and highways. His administration invested massively in roads to catch up with Ontario and the neighbouring U.S. states. This was the decade that saw the entirety of Quebec’s current road system take shape. 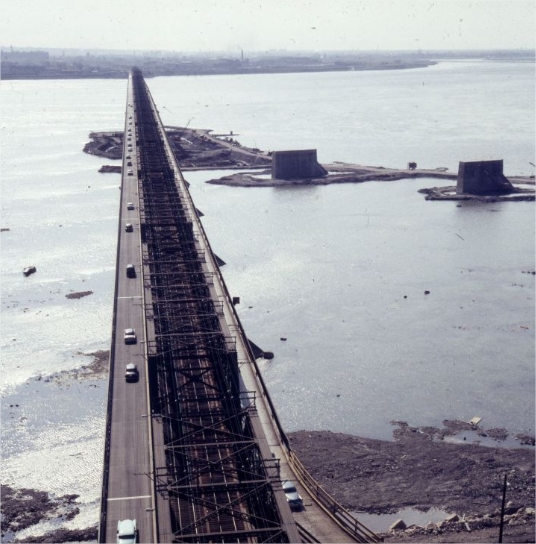 The bridge-tunnel was part of the ramping up of these infrastructure investments. Such projects served two purposes: addressing the current congestion problem and anticipating the long-term evolution of traffic in a context that saw the automobile as the means of transport of the future. 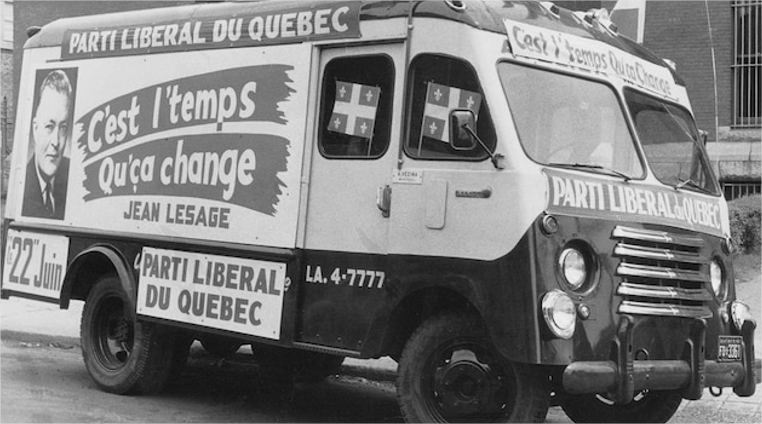 Modernity before the Bridge-Tunnel The Trans-Canada Highway