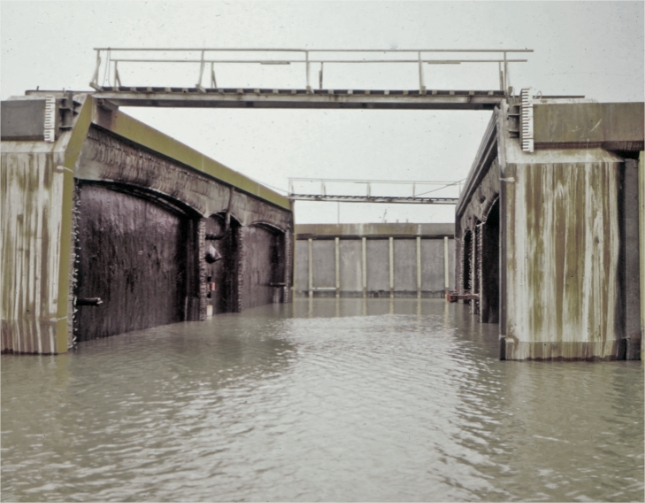 The most remarkable phase of construction was the immersion of the seven caissons, for which the caissons’ extremity needed to be sealed with temporary walls beforehand. The dry dock was then flooded, causing the caissons to float to the surface due to the counterweight of the air sealed inside. 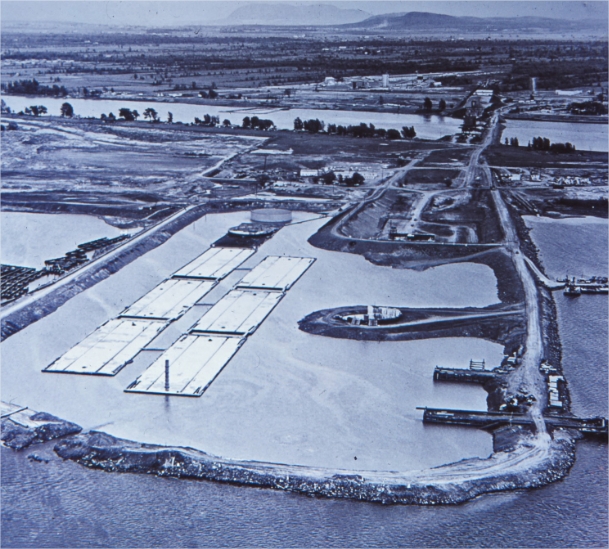 Caissons floating after the dry dock has been flooded, 1965.
Société d’histoire des Îles-Percées

As the cofferdam was lifted, the northern dike was lowered to cover the dry dock. The caissons were then towed separately towards a barge that ran them aground on a previously dredged trench. Temporary steel pillars were built inside this trench to support the caissons until they could be connected. 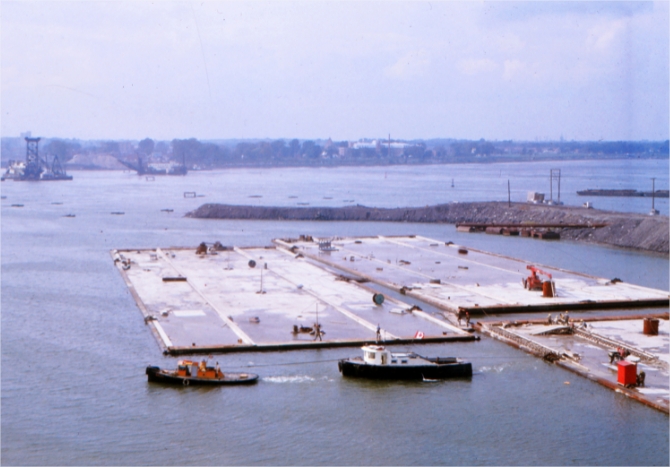 A caisson being towed to the immersion barge, 1965.
Société d’histoire des Îles-Percées

Stones were poured in chimneys to provide ballast as a bridge crane then injected sand underneath the structure to level it. After temporarily connecting the caissons using large tightening screws, the space between the partitions was drained, which engaged the hydrostatic pressure, a force that corresponds to the one exerted on the overall structure. Since the prestressed concrete is designed to withstand extreme weight, the hydrostatic pressure converts into a suction force that pushes the caissons together. 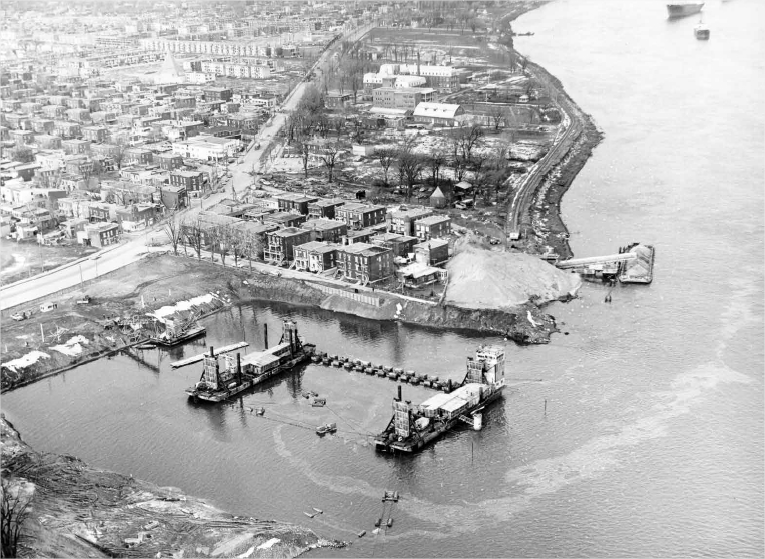 Lowering of the no. 7 caisson underwater, 1965
Quebec Transport Ministry Archives

The rubber lining on one extremity is pressed firmly on the metal surface of the other into a perfectly watertight seal. As a precaution, the roof of the tunnel was covered with a 4-metre-deep layer of rocks. Workers then went into the tunnel to tear down the remaining concrete partitions and permanently cement the joints.