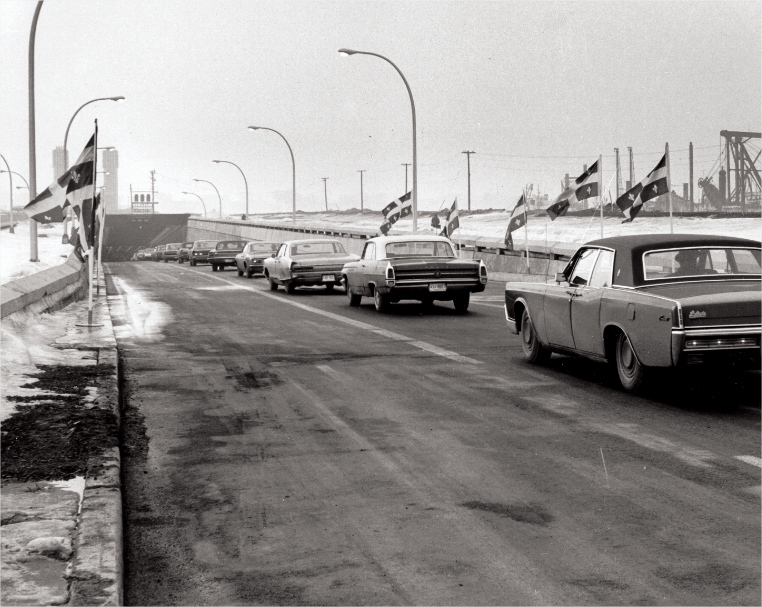 The inaugural crossing during the official opening, March 11, 1967.
La Presse

Inaugurated on March 11, 1967, by Quebec Premier Daniel Johnson, the Louis-Hippolyte-La Fontaine bridge-tunnel will have cost a total of 75 million dollars, 60% of which were paid for by the federal government. Several hundred people proudly attended the event, including Montreal Mayor Jean Drapeau, Opposition Leader Jean Lesage and representatives from the federal government, Ontario and the State of New York. 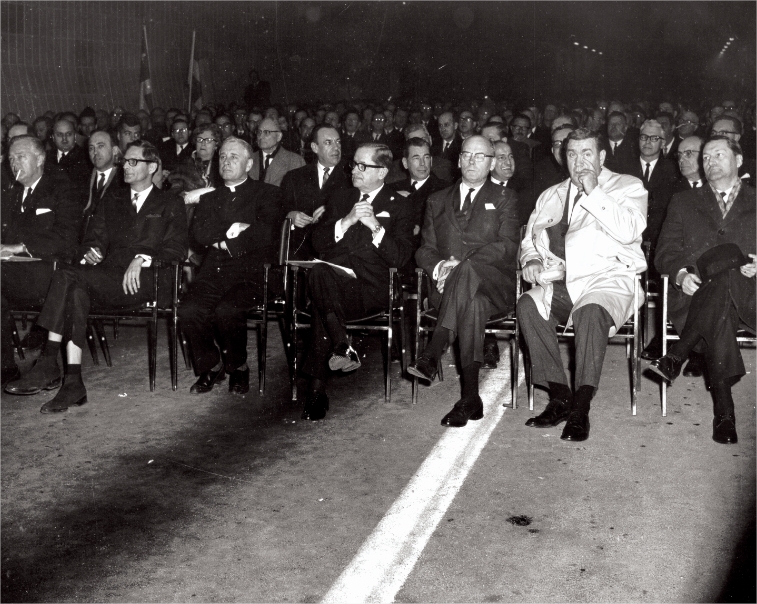 Speeches are given inside the tunnel, March 11, 1967.
Quebec Transport Ministry Archives

In his speech, Johnson reminded the crowd that: “the bridge-tunnel is a monument to the audacity, creative genius and exceptional skill of those who designed it and participated in its construction […]. This project is proof that our engineers, technicians, tycoons and workers are no longer satisfied with simply following good practices, but are now looking to reinvent the field”.