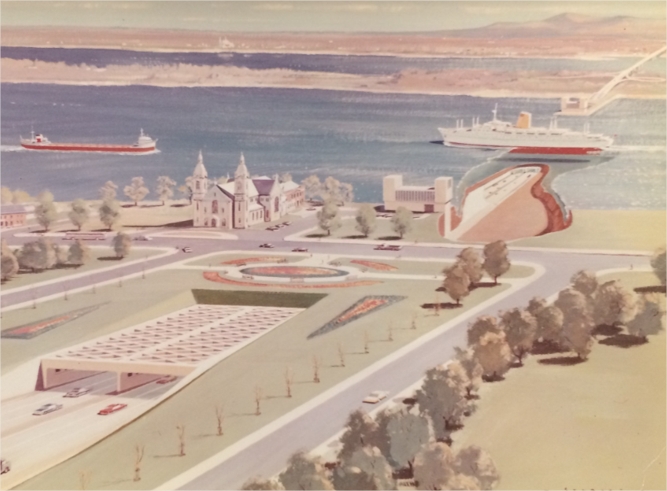 An illustration of the bridge-tunnel project between Longue-Pointe and Boucherville, 1961.
Quebec Transport Ministry Archives

The immersed tube tunnel model was invented by the Danish firm Christiani & Nielsen in the 1930s and consists of prefabricated concrete caissons that can be lowered in a trench dug into the riverbed, and joined together underwater. Young engineers Per Hall and Armand Couture suggested this option to Jean Lesage in February 1962. They were the ones who imported it to Canada when designing the tunnel to Dea’s Island in the suburb of Vancouver in 1959. These two Quebec engineers with plenty of experience in the field were exactly what the patriotic government of Jean Lesage was looking for. 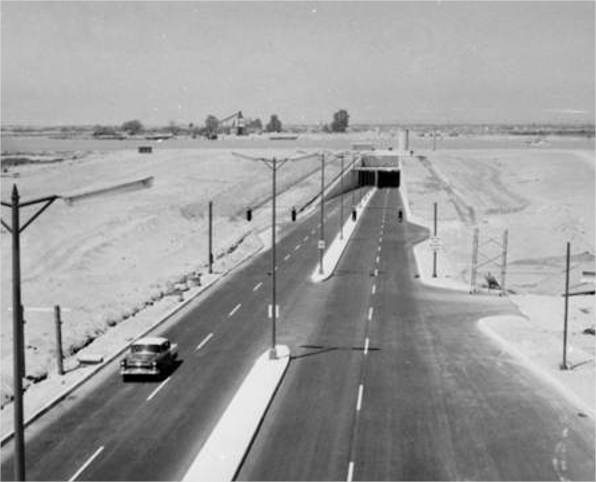 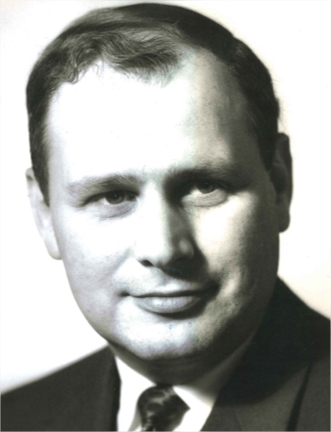 The fact that this type of tunnel used concrete was also a plus for the local economy, as the province had become a major producer with competitive expertise in the field. In addition to being the most advanced technologically, the immersed tube tunnel option was the cheapest, quickest to deliver. It was also the least harmful for the town of Longue-Pointe, a part of which would have to be expropriated.

A headline announcing the government’s decision of building a bridge-tunnel, May 18, 1962.
Le Devoir

This hybrid model still used the Boucherville Islands as support by building a lower bridge on the south arm where there were no specific restrictions regarding navigation. On May 18, 1962, the Quebec government announced it would be building a bridge-tunnel between Longue-Pointe and Boucherville.

Bridge or Tunnel? A Construction Site in the Middle of the River