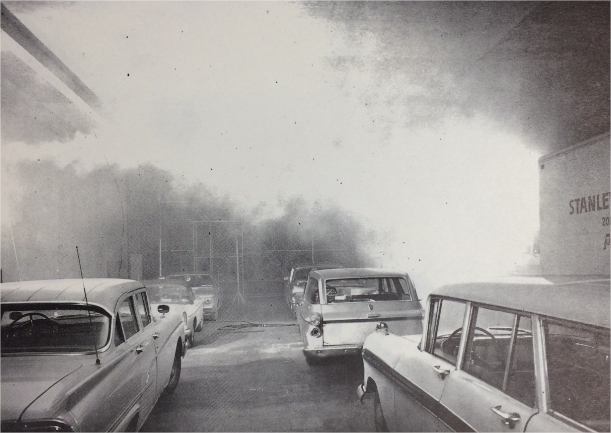 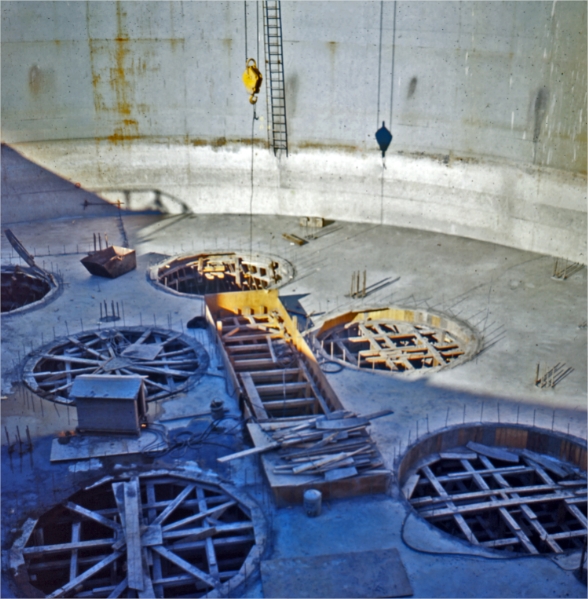 Ventilation fan inlets in the base of the south ventilation tower, 1966.
Société d’histoire des Îles-Percées

In case of fire, the ventilation system can be reversed to pump smoke out through the air inlets. Inside the tunnel, several carbon monoxide detectors allow for the automation of the ventilation to compensate for saturation. Fresh air gets injected into the tunnel at a rate of 90,614 cubic metres per minute, with a total ejection capacity calculated at about 96,277 cubic metres per minute. The base of the south ventilation tower was built on the apex of the inclined portion of the tunnel, whereas the north tower was a prefabricated structure that was first immersed, and then connected to the no. 7 caisson. The visible portions of both towers were built in Saint-Eustache and later assembled on-site. 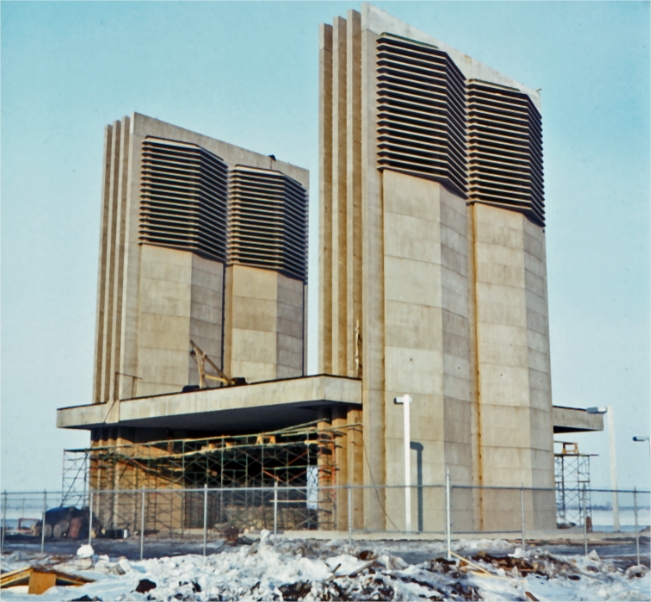