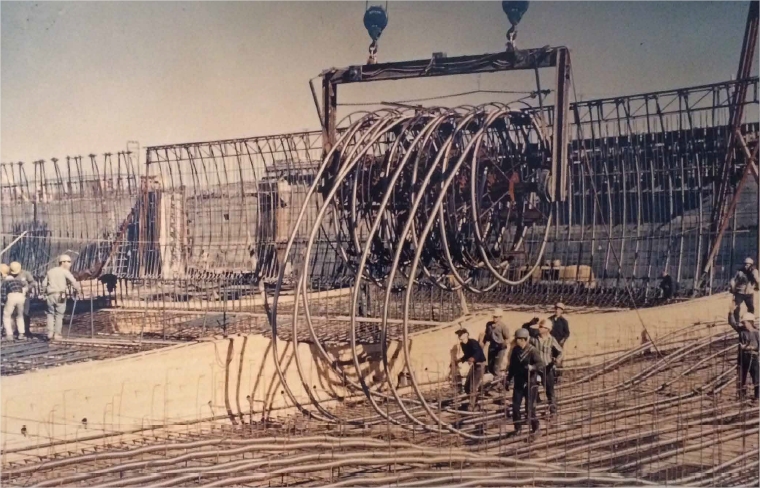 Prestressed concrete was used so that the six-lane structure could resist the hydraulic pressure of the river, which oscillates between 22,000 and 55,000 kilopascals. The prestressing process involves incorporating high-stressed tendons to the concrete shortly before it has completely hardened. This considerably solidifies the structure while extending its useful life. In order to speed up construction, the spools of steel cables were made in one of the site’s plants and uncoiled lengthwise directly inside the concrete formwork. 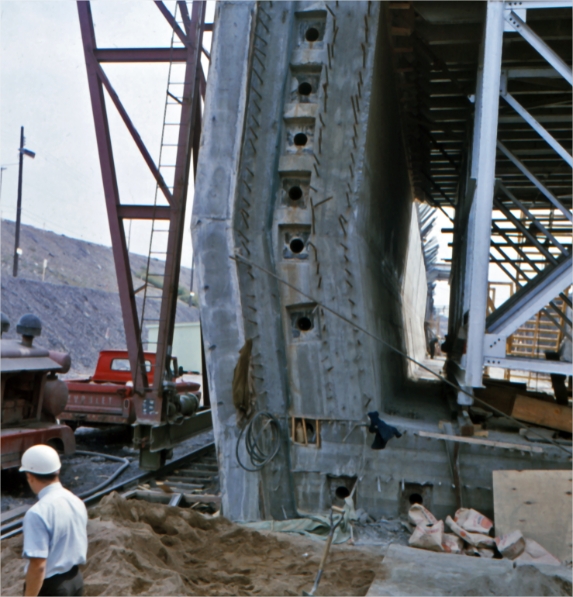 The tight schedule for construction, coupled with the spectacular amount of concrete needed, justified the construction of a plant in Boucherville so as to save time and money on supply chain operations. The use of reinforced concrete was considered, but this would have raised the roof of the tunnel by a metre, thus exceeding the 12.8-metre height limit set by the Port authorities. 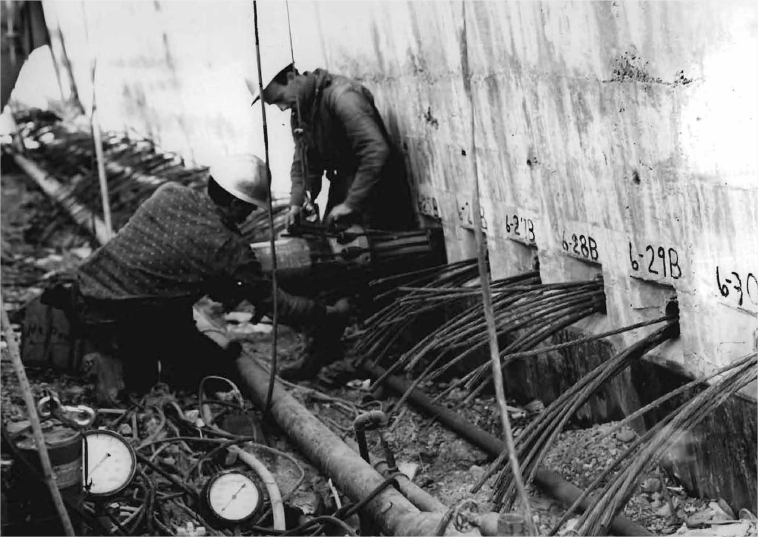 The Underground Portion Immersing and Connecting