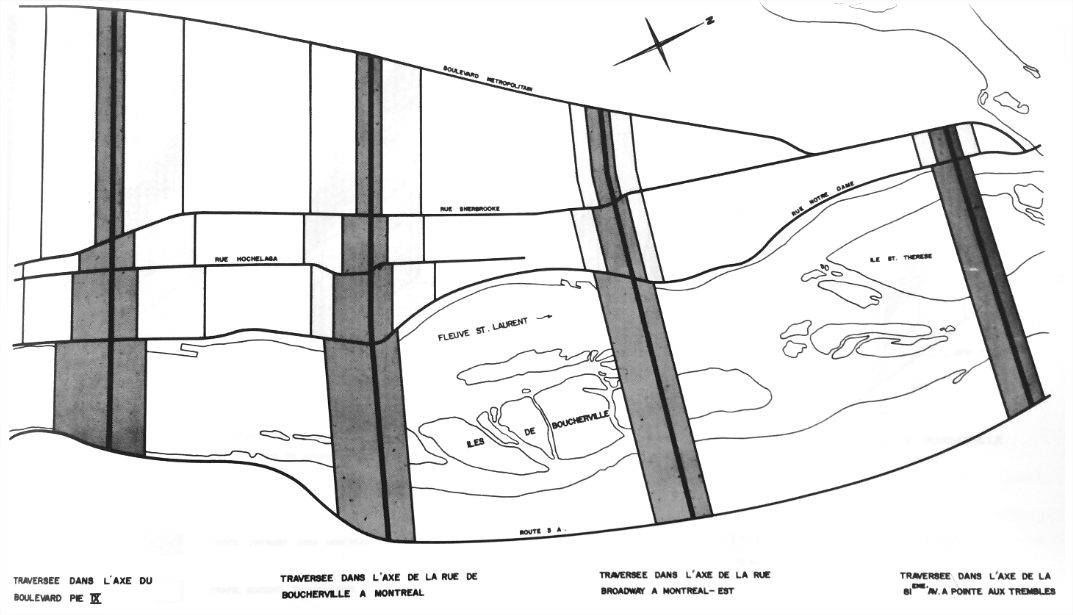 Engineers studied four options to connect the Island of Montreal to the south shore, of which three were ruled out. 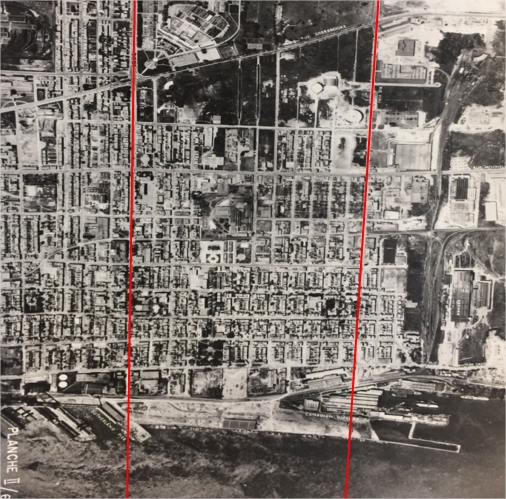 This route necessitated massive expropriations in the Maisonneuve sector, as well as in Jacques-Cartier, a town that was annexed to Longueuil in 1969. The planned junction with the Metropolitan Boulevard threatened the Maisonneuve Park as well as new housing developments in Rosemont and Saint-Léonard. In addition to this, the volume of traffic in this sector greatly complicated the integration of the highway to the local network. The area sloped down at Rosemont Boulevard, followed by a steep drop between Sherbrooke Street and Hochelaga. Finally, the presence of the Port meant that any bridge built along this axis would have to be considerably higher, and tunnelling in the area was prohibited. 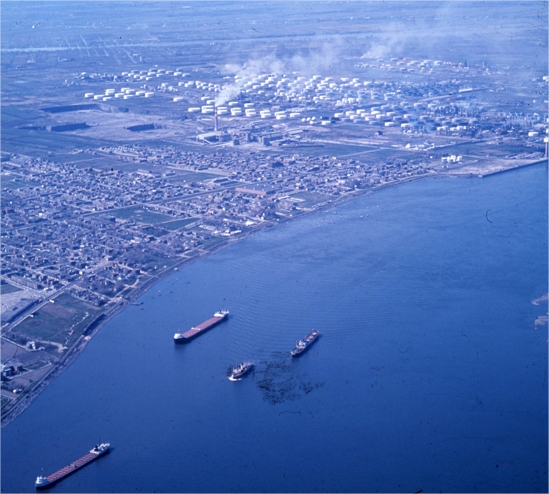 Refineries in Montreal East, with Broadway Avenue on the far right, circa 1964.
City of Montreal Archives

The distance between Montreal East and the Jacques Cartier Bridge is comparable to the Longue-Pointe route upstream, but this axis included a downhill slope that greatly increased the cost of earthworks structures. This over 3 km slope complicated construction of access ramps for a bridge or tunnel. The ubiquity of oil refineries also raised security issues. Administrators believed that this sector would be an important economic driver for the Montreal region, and that its future growth should not be hindered. 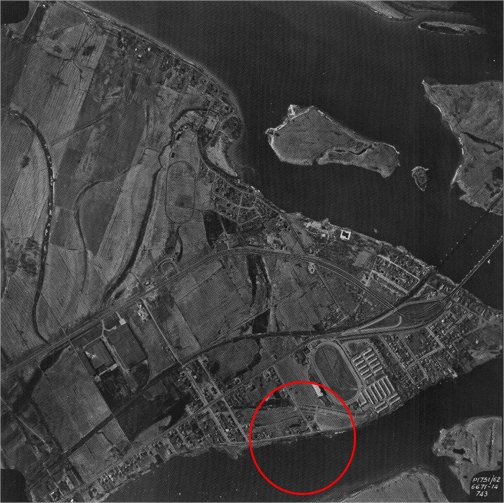 An aerial view of Pointe-aux-Trembles, 1962.
City of Montreal Archives

The site, located on the 81st Avenue axis was the most viable financially. It reduced the need for expropriation since the distance between the river and the Metropolitan Boulevard was shortened. Flat terrain in this sector also facilitated connection with the local road network. However, junction with Route 9 involved a major detour. The distance from 81st Avenue had people worried that the route would not draw enough commuters to alleviate traffic on the Jacques Cartier Bridge. Another downside: the island’s eastern extremity is located in the Sainte-Rose fault zone, a rift in the tectonic plate, which engineers thought could cause structural damage to any tunnel or bridge in the long run.

The Trans-Canada Highway The Longue-Pointe Site is Selected