Maude Abbott accomplished a tremendous amount of work after being appointed curator of the McGill University Medical Museum in 1901. Aware of the educational potential of the museum’s collection of specimens for medical education, she held weekly pathological demonstrations for medical students with her legendary enthusiasm.

When a terrible fire destroyed much of the collection in the spring of 1907, Maude and her colleagues managed to save the Osler specimens, the “Holmes heart” and the classification catalogues from the flames. Maude described the unfortunate episode as follows:

“Nearly everything was on the floor, in the midst of burst jars and ashes, and students and Museum secretary and I worked for some 46 hours on end carrying them … to a room … where we washed, identified and salvaged them.” 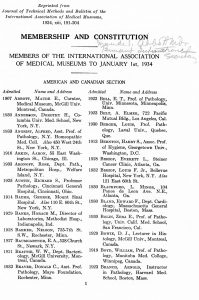 To remedy the situation, Maude Abbott founded the International Association of Medical Museums and appealed to its member institutions to help her rebuild the collection. The IAMM would enable her to develop an international network for exchanging specimens, promote uniform museum standards, and create travelling exhibits to disseminate the collections both in Europe and North America. 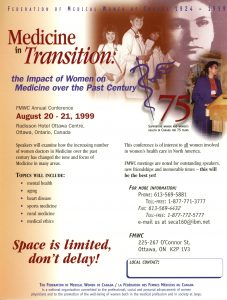 Poster celebrating the 75th anniversary of the Federation of Medical Women of Canada, 1924-1999

Maude Abbott was one of six pioneering women who founded the Federation of Medical Women of Canada in 1924. Her dedication to this organization over many years demonstrates her commitment to the advancement of women physicians.

In 1999, the Federation of Medical Women of Canada began petitioning Tom Reynolds, a manager at Canada Post, for the creation of a series of commemorative stamps honouring medical women, the first of which would feature Maude Abbott.

Postcard with a picture of Maude Abbott 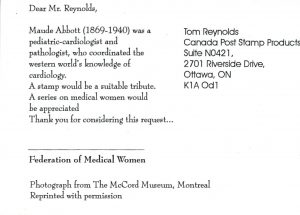 Letter at the back of the Maude Abbott postcard

In 2000, Canada Post issued a commemorative postage stamp in honour of Maude Abbott entitled, in English, The heart of the matter and in French, Les premiers pas en chirurgie cardiaque. This outstanding tribute is a recognition of Maude Abbott’s contribution to the educational mission of the McGill Medical Museum in the teaching of pathology. The image used for the stamp is a portrait painted by Maude’s childhood friend, artist Mary Elizabeth Bell Eastlake. 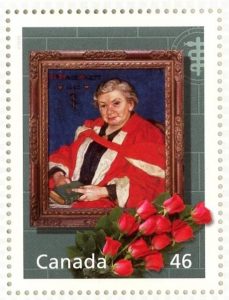 A prolific author A history of her community