In 1898, Maude was appointed assistant curator at the McGill Pathology Museum. Her dream of working at McGill — her “beloved McGill,” as she would call it throughout her life — became a reality. She took over the position of curator in 1901 and developed a classification system for medical specimens. Maude was extremely passionate about this work and the Pathology Museum, in the words of a McGill professor at the time, “needed a lover”. “She evidently has a genius for this sort of thing,” commented her colleagues at McGill. Diligent and meticulous, Maude organized and classified the museum’s collection of specimens, some of which dated back to 1823. 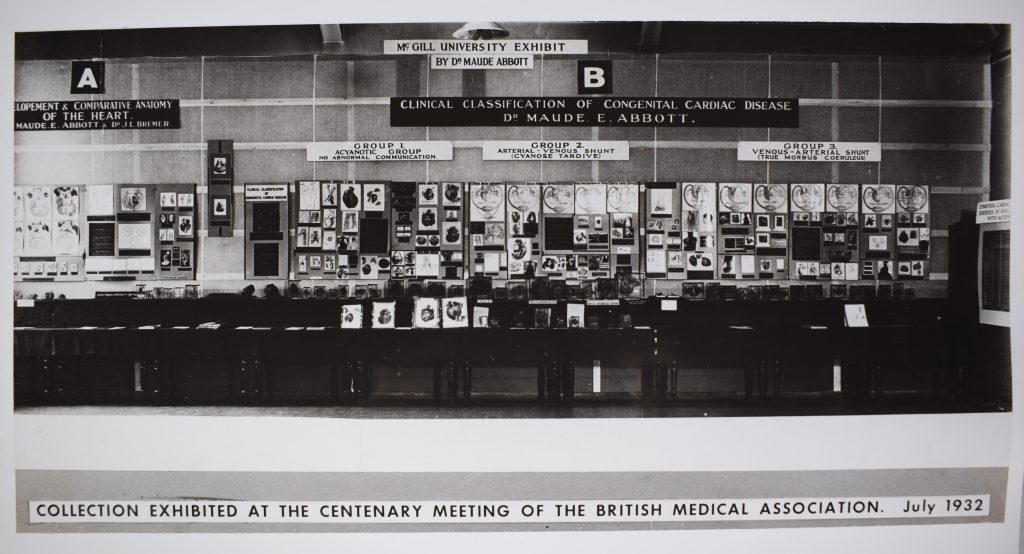 Maude visited the United States to study medical museums. In Baltimore she met Dr. William Osler. This encounter with the man who would become her mentor and supporter was one of the most stimulating of her young career. During a dinner with a group of other young doctors, Osler said to Maude, “I wonder now, if you realize what a splendid opportunity you have in that McGill Museum.” 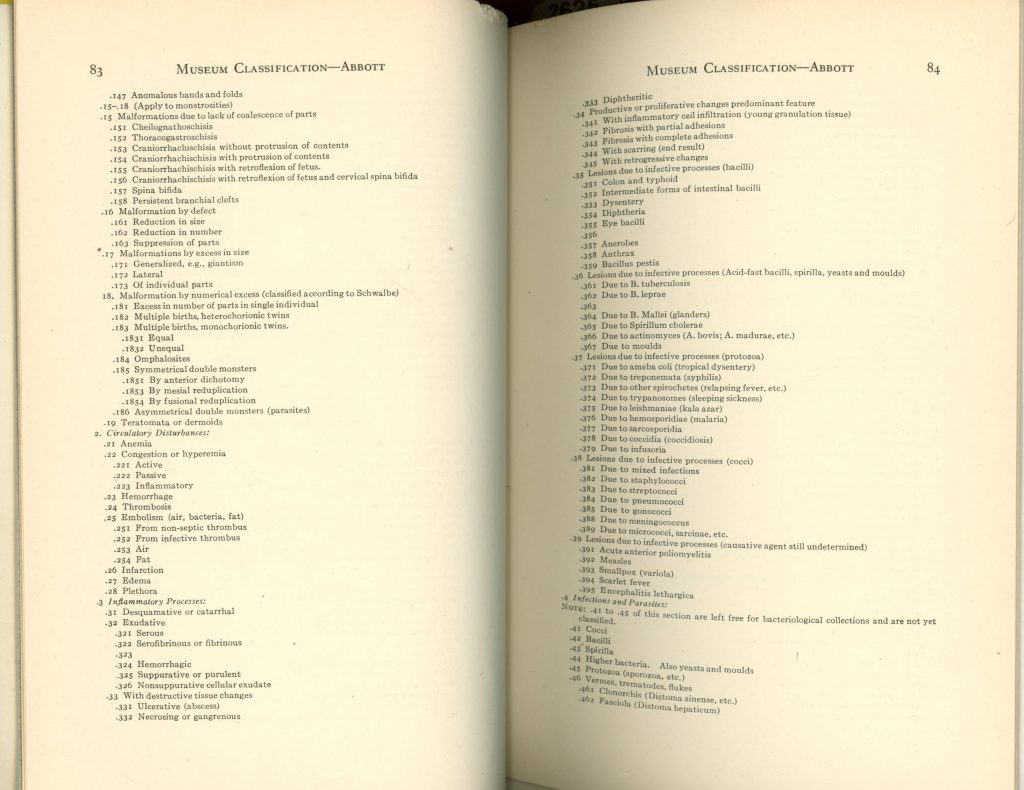 Dr. Osler’s words changed Maude Abbott’s life, as she would observe years later in her autobiography.  “And so he quietly dropped the seed that dominated all my future work for many years.” 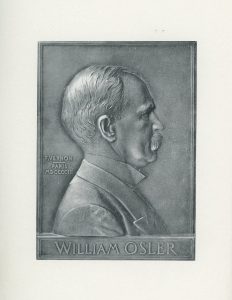 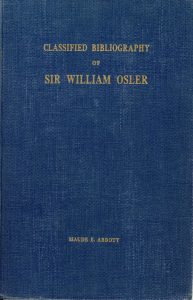 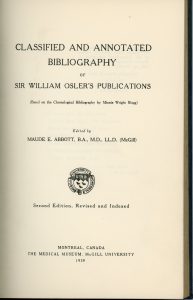 Maude returns to Montreal A woman in a male profession