Maude received an exemplary education from Frances Mary Smith Abbott, who encouraged young Maude to pursue her dreams and convictions. At Elmbank, the kind-hearted grandmother cultivated a profound sense of duty and commitment to her community. Frances Mary had the privilege of seeing her beloved granddaughter graduate from McGill before her death in 1890.

Frances Mary’s father, Robert Smith, was an apothecary-surgeon with the British army, stationed in South Africa at the time of Frances’s birth. A few years later, the family returned to Hampshire in southern England. Educated in high society, France Mary joked, “I have the right to claim a certain aristocracy since I am a descendant of the Marquis of Hertford.”

William Abbott left England in 1818 for an uncertain future in Lower Canada. On reaching St. Andrews aboard a Durham boat in late summer 1818, the young missionary quickly discovered the rigours of pioneer life. While on a visit to England in 1833 William married Frances Mary Smith, aged 25, an event that would change his life. He returned to St. Andrews with his new wife the following summer. 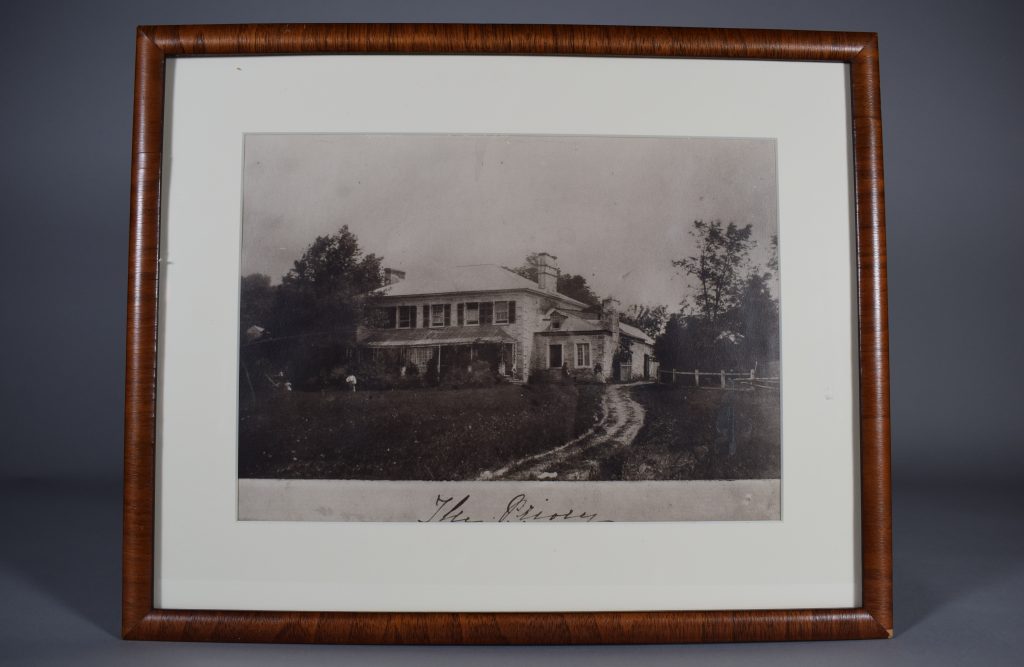 On reaching the village, Frances Mary caught her first glimpse of her new home, known as “The Priory”. The stone house on the hill east of the village overlooking the North River would become one of the most beautiful farms in the area. William Abbott was an accomplished farmer known for the quality of his crops. Nine children were born of this union, but none would outlive their mother. Seven children were lost to the great medical scourge of the 19th century, tuberculosis.

Maude, her village and her best friend Maude at McGill