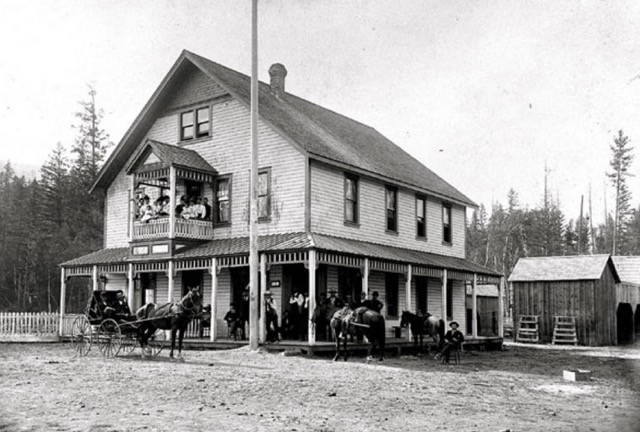 The majority of the pioneers who settled Lumby came from Eastern Canada.  They shared a common language, religion and work ethic and, quite often, a common family background.

The biggest opportunity for the early pioneers was to own land.  Life was good and most pioneers settled quickly into their new life. Homes were built and furnished, friends were made and a new way of life was quickly established. 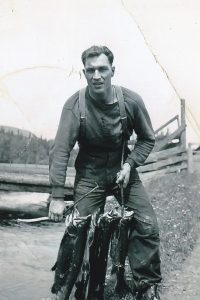 The valley offered a moderate climate and soil rich for farming.  Food was plentiful as wildlife and game were abundant and readily available.

Many pioneers became community leaders in businesses and industry.  Early records show that a blacksmith shop, meat market and general store were in operation prior to the Rams Horn Hotel being built in 1892.

The hotel grand opening in January 1893 saw 175 guests from all over the valley attending.

Sadly, fire swept through this building in late 1893.  A new Rams Horn Hotel would rise on the site with the official opening May 1895.  In 1902, Louis Morand sold the Rams Horn Hotel and built a boarding house called The Morand right beside it.

A post office had been established under the name of White Valley and a request to have the name changed to Lumby was granted in February 1894.

Slowly the town grew as settlers either moved their homes to “town” or built new ones.

Many sawmills would spring up in the valley because of the abundance of timber.  The first sawmill established was the Bessette Sawmill which was powered by a large water wheel.

In 1904, a creamery was built with Government funds which operated for many years with varying degrees of success. 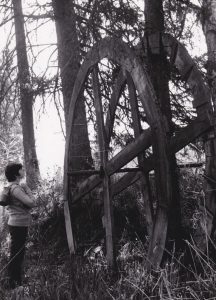 With the coming of the railway to Lumby, new markets opened for Lumby’s natural resources and businesses.  The benefits for businesses and employment were significant.