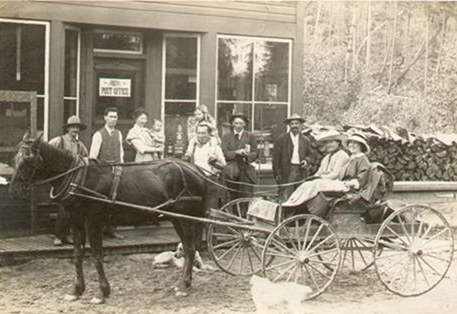 The early settlers used horses as their main form of transportation.  Initially, the pioneers followed game trails throughout the valley but it was soon obvious that these trails would have to be widened to accommodate the horse and buggy or horse and wagon for moving freight.  As more and more settlers arrived, the widened trails proved inadequate and so these trails were slowly improved.  However, the trail surface was often muddy and rutted; particularly if there had been a recent cattle drive over the same trail.

Oxen, known for their amazing strength and calm demeanour, were generally used for building roads as they were easy to work with. However, the transportation network was improving.  According to one 1909 report,  a trip to Vernon, a distance of 24 km. (16 miles), could easily take five hours. 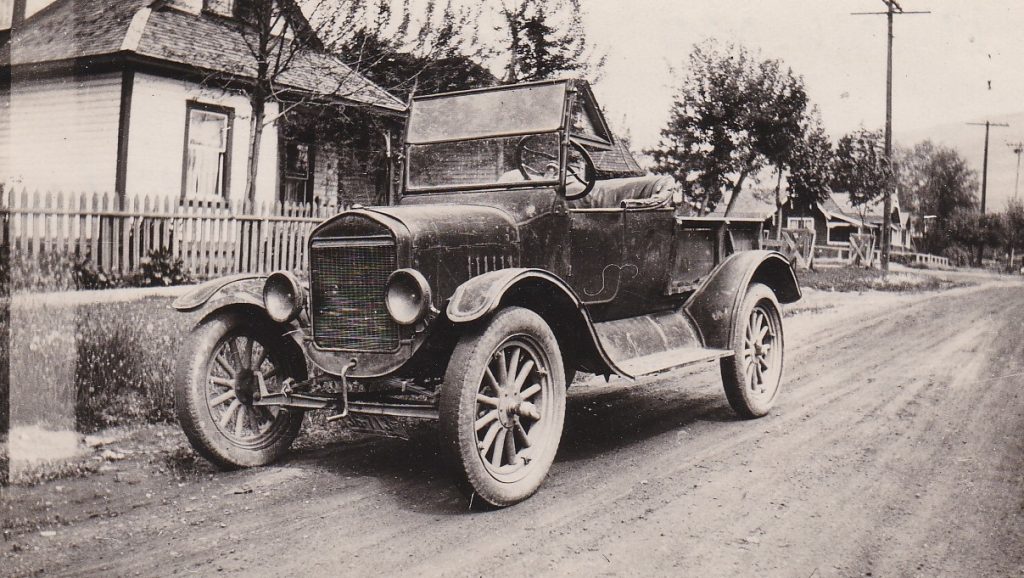 Motorized cars arrived in Lumby in the 1930’s

When cars began to appear in the valley, the need for proper roads soon became apparent.

Moving freight was also made easier in 1925 when a railroad line was extended from Vernon. The line had been laid out in 1919 but the actual rail bed was not built until 1925.  The train made regular trips to Lumby and its coming would stimulate a mini “boom”.  Freight arrived regularly and it was now easier to ship lumber, hay and farm produce into the nearby town of Vernon.

The little Village of Lumby began to prosper and the population increased with each improvement to the transportation network. 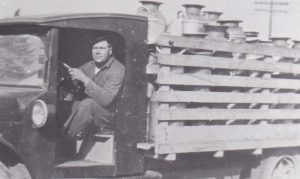