The economic development and growth of the Lumby area must be credited to the strength, determination and vision of Lumby’s pioneers.  Had it not been for the discovery of gold in Cherry Creek in 1862, the history of Lumby may have been quite different.  Many of the men who came west to make their fortune in the gold fields chose to stay in Lumby.  These men and women raised families, built homes, farmed and introduced new industries to the area.

By the time Quinn Falkner and Louis Morand established the town site of Lumby in 1893, the character of Lumby was already changing.

While farming was still very prevalent in the valley, “newcomers” saw a significant value in the large tracts of undeveloped timber surrounding Lumby.  Soon the forest industry was booming!  Today, the descendants of the early forest industry pioneers continue to earn their livelihood through sawmilling, logging and trucking.

Pioneer businessmen saw transportation as the greatest obstacle to the growth of Lumby.  In the early 1920’s, the efforts of the pioneers to extend the railway line to Lumby were rewarded.   The economic benefit of railway service was significant for industry and the creation of jobs.  Sawmills expanded, the population grew and new markets emerged for Lumby’s agricultural and natural resource products.  By the 1950’s, Lumby’s sawmills were creating and shipping more product than the combined output of Kamloops and Kelowna.

Today, Lumby’s population is in excess of 1,800, with another 6,000 people living in the surrounding area.  There is a unique mix of land uses co-existing side-by-side.  Both industrial and residential areas reflect the historical evolution of the area, making Lumby “Simply the Best” place to live in the Okanagan Valley of British Columbia. 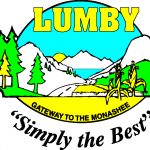 Lumby, is “Simply the Best”

The Outbreak of War