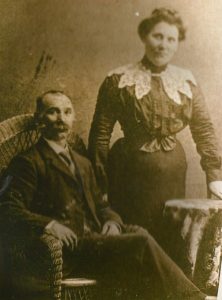 The LeBlanc Family played an important role in the settlement and development of Lumby.

Around 1890, Joseph and Elmire left their home in Saint-Anicet, Quebec to settle in Lumby’s White Valley.

What made them want to travel so far to such a small community? Elmire’s siblings, most of whom were already calling Lumby their home, sent Joseph glowing reports of Lumby’s rich cattle country and land that was free for the taking. 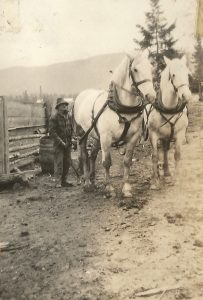 Joseph LeBlanc Jr. with his team of Percheron horses circa 1930

Four of the LeBlanc children were born in Quebec: Joseph (Marie Gallon), Josephine (Napoleon Bessette), Cleophas (Rita Brandl) and Alphonse. Their son Anciet was born after their arrival – he is reported to be the first white child born in Lavington (a few kilometres west of Lumby).  Their daughters Bertha (Robert Essery) and Elda (Hugh Catt) were born on the family farm in Lumby.

The family homestead was located at the bottom of Blue Springs Hill near Rawlings Lake Road.

Imagine how difficult life was for this new family.   Joseph used a single-bitted axe and a crosscut saw to clear the land by hand.  It was claimed that he and his four sons were the best axe-men in the valley. 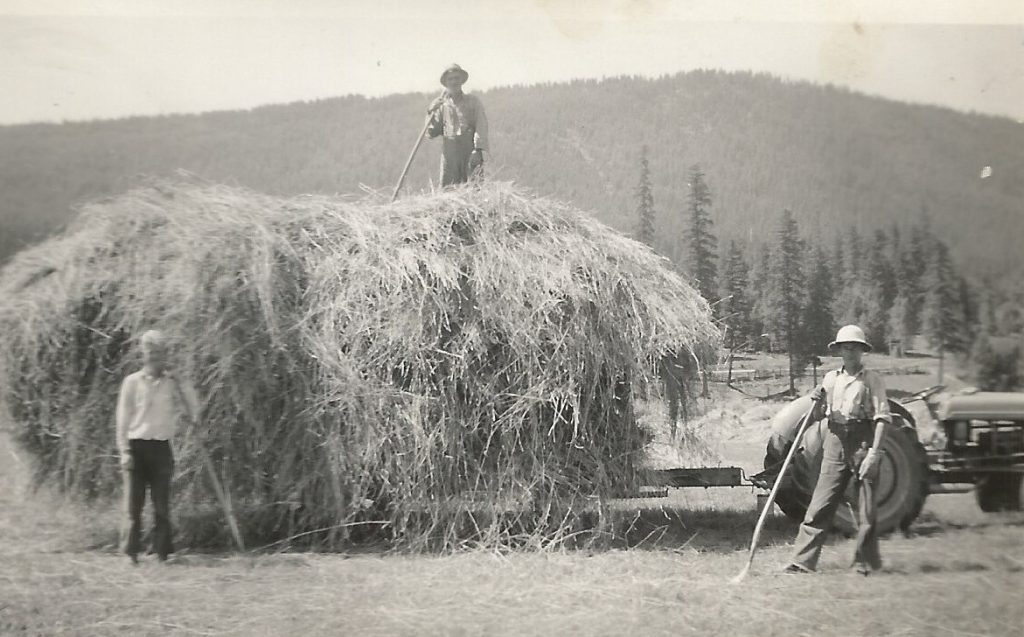 Elmire, like so many other pioneer women, worked hard to survive.  She was used to a genteel life, and without modern conveniences, Elmire’s life was so much harder in Lumby.   Elmire raised three sons and three daughters and had 23 grandchildren and 17 great-grandchildren when she passed away at the age of 95 on December 12, 1951. 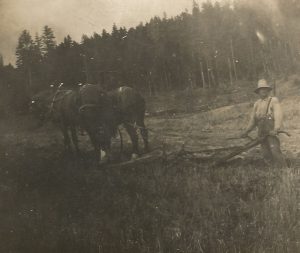