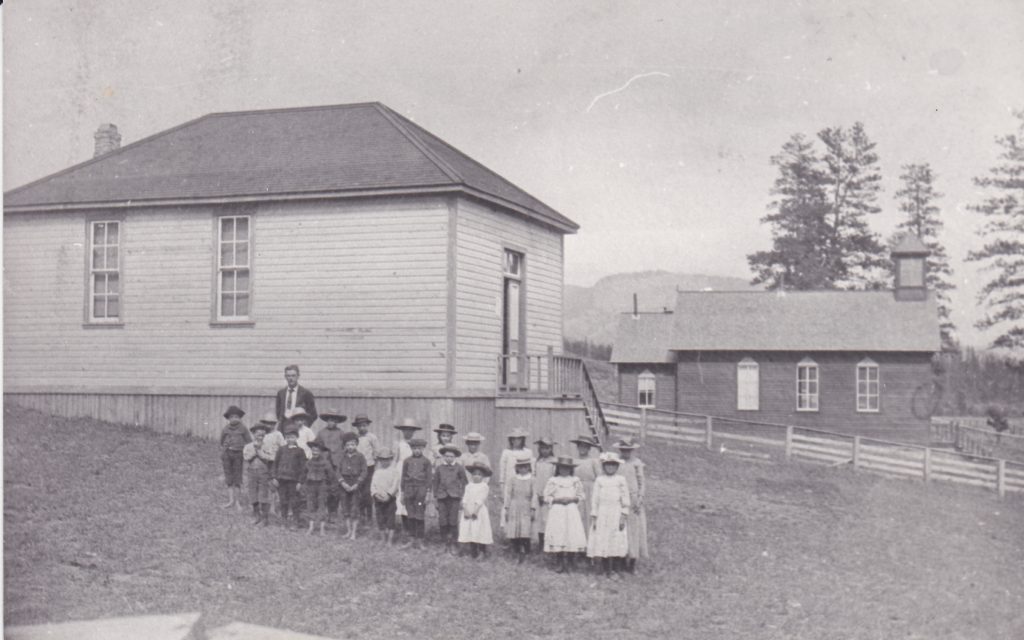 First school built in the area 1893

In 1893, a school was built about 1.6 km east of the current town site beside the Catholic Church.

Tom Norris arrived from Ontario and at 19 years of age, became the first teacher in the area. He taught a class of 24 children in all age groups.  Book learning consisted of reading, writing and arithmetic.

Most students walked long distances to attend class.  Some were lucky enough to have a horse they could ride and others might be taken to class by horse and buggy over very rough roads.  After a time, busses were brought in to the area.

The schoolhouse often served as a center for community activities such as plays, dances and social gatherings.

In 1912, a two room school was built in Lumby on donated land.  Another room was added as the population in the valley grew.

Many of the girls were separated from family and sent to distant cities to receive academic and finishing instruction.  Because transportation was often difficult, the girls rarely had an opportunity to return home for a visit during the year.  Some were fortunate enough to further their education in Vernon where they stayed with friends or family. 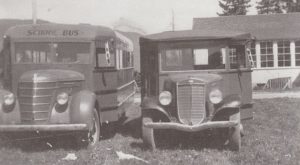