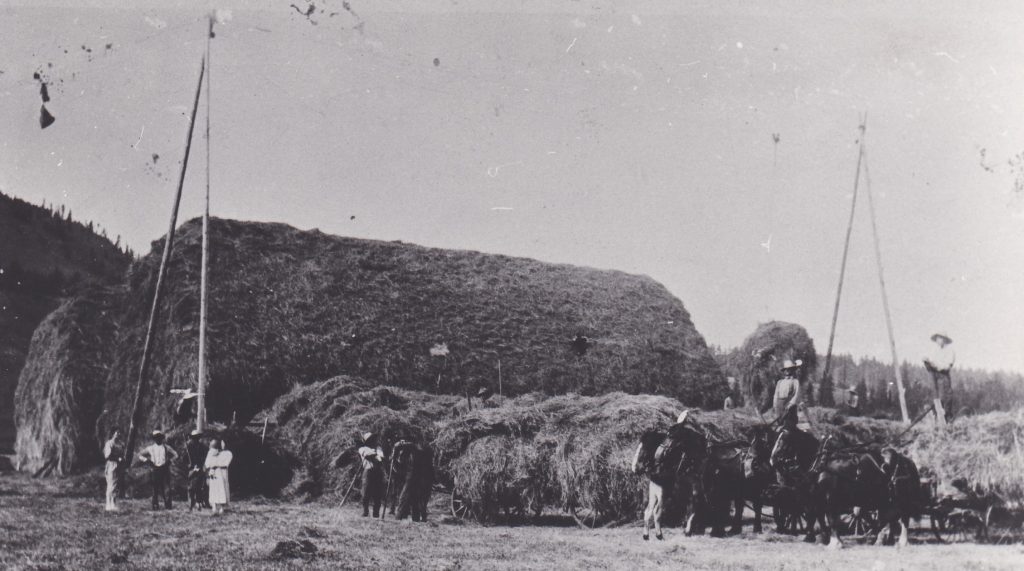 With abundant fields of native Timothy grass and rich loamy soil, Lumby was an ideal place for farming and growing crops.

But farming was hard work.  Work days were long and often very little money was earned for the hard work done.  Many of the farm tasks were done by hand.  Horses or mules were used to plow the land and harvest the crops. Every member of the farm family had chores to do and work revolved around the seasons.

Harvesting the crops was often achieved by workers from neighboring farms travelling farm-to-farm to lend a helping hand. Each family farm strived to be self sufficient.  Despite having no electricity, refrigerators, indoor plumbing, appliances or any of today’s modern conveniences, Lumby’s pioneer farmers stayed on the land and made a living.  Farm families looked forward to an occasional trip to town for church gatherings and other social events. 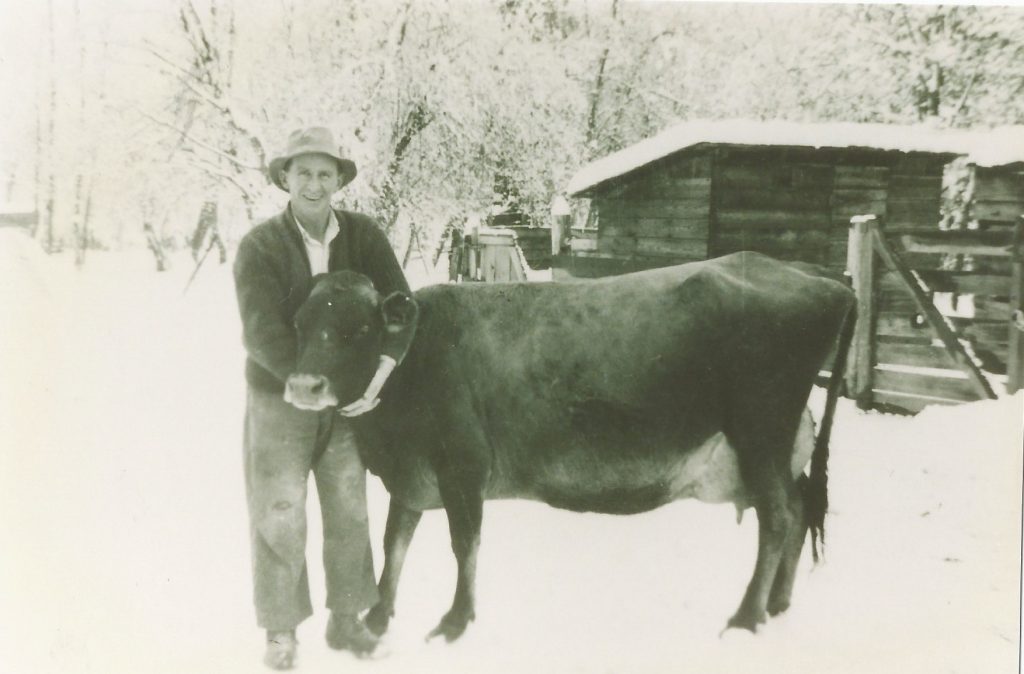 Vernon was the nearest distribution center for farm goods.  In the 1930’s, the annual shipment of hay from Lumby was 5,000 tons.

It was hard in the pioneer days to get farm products to market because dirt roads were almost impassable.  Sometimes ten or twelve teams of horses would set out for Vernon together.  Can you imagine what a sight it was to see herds of deer following the wagons to pick up the loose hay that fell!

Logging Industry The Role of Children