The outbreak of World War I motivated many men from Lumby to enlist.  Of the Lumby men who went to war, 28 lost their lives from 1914–1918.

The men took their training at the Vernon Army Camp.  The Lumby squadron of mounted rifle cavalry joined with other local mounted squadrons to form the 30th Regiment, BC Horse Division with headquarters in Vernon.  An enlisted man was paid $1.00 a day plus an extra $1.00 for his horse. 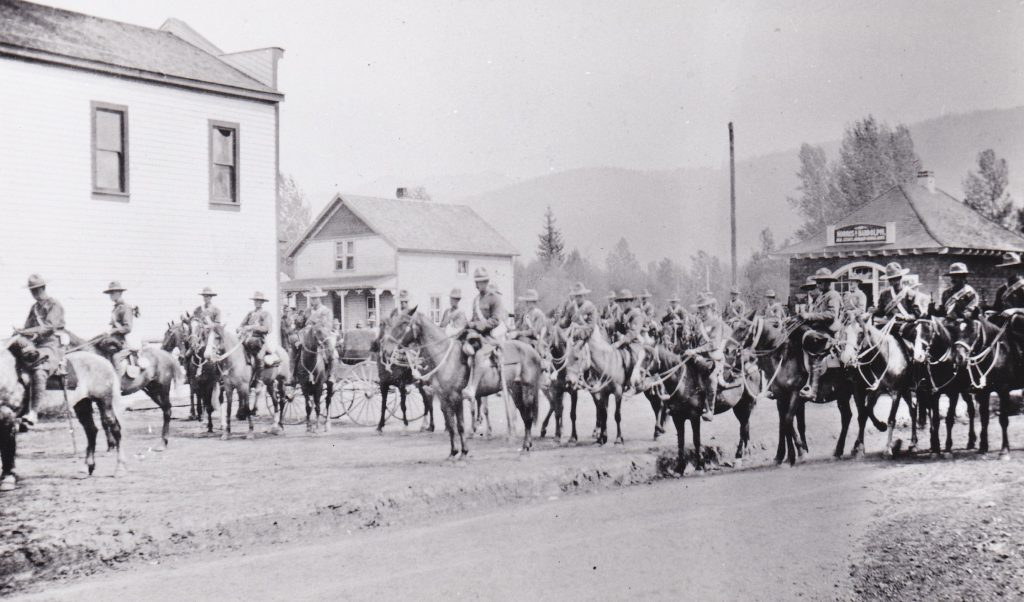 There was immense pressure placed on women to support the war effort.  With every able-bodied man off to answer the call of war, women and children on the farm soon were responsible for planting and harvesting crops, livestock feeding and milking.  What a challenge this must have been for them.

Women came together to sew and knit coats, underwear and socks.  During World War I, Red Cross groups were formed to make bandages and assemble care packages to be sent to the soldiers.

During World War I, an internment camp was located near the summit of Monashee Pass, east of Lumby.  The German detainees were used as labourers to improve the condition of the highway. 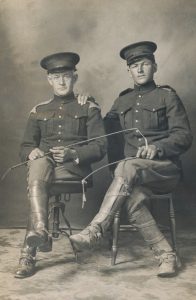 World War I soldiers circa 1915

20 years after World War I, the world was once again at war.  For the first time, women enlisted in the armed forces to help with the fight.

A woman earning $5.00 a month doing general farm work in Lumby could expect 90 cents a day in the service – many had never seen so much money in all their life!  Many had never used a flush toilet or even worn clothes with a zipper.  Just as in World War I, women and children absorbed the responsibilities vacated by the enlisted men.

Those that remained at home also bought war bonds and were given ration cards to make sure food was shared fairly in the community.  Sugar, meat, flour, butter, margarine and milk were all rationed. 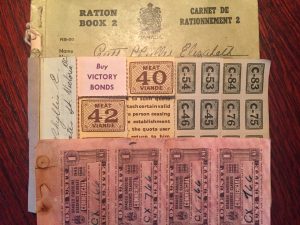 The Role of Children Economic Development