Lumby was originally settled by French-Canadians of the Roman Catholic faith. Their religious needs were cared for by the Oblates of Mary Immaculate from the Okanagan Mission.  Father Charles John Felix Adolphe Marie Pandosy made trips to the area before 1880.  After Father Charles’s passing in 1891, an O.M.I. Father came from Kamloops.

Religious services were originally held in the house of Pierre and Eunice Bessette.  The first Roman Catholic Church was built in 1892 by volunteers – near where the present Lumby Cemetery is today.  This building served until 1921, when a new church was built in Lumby. 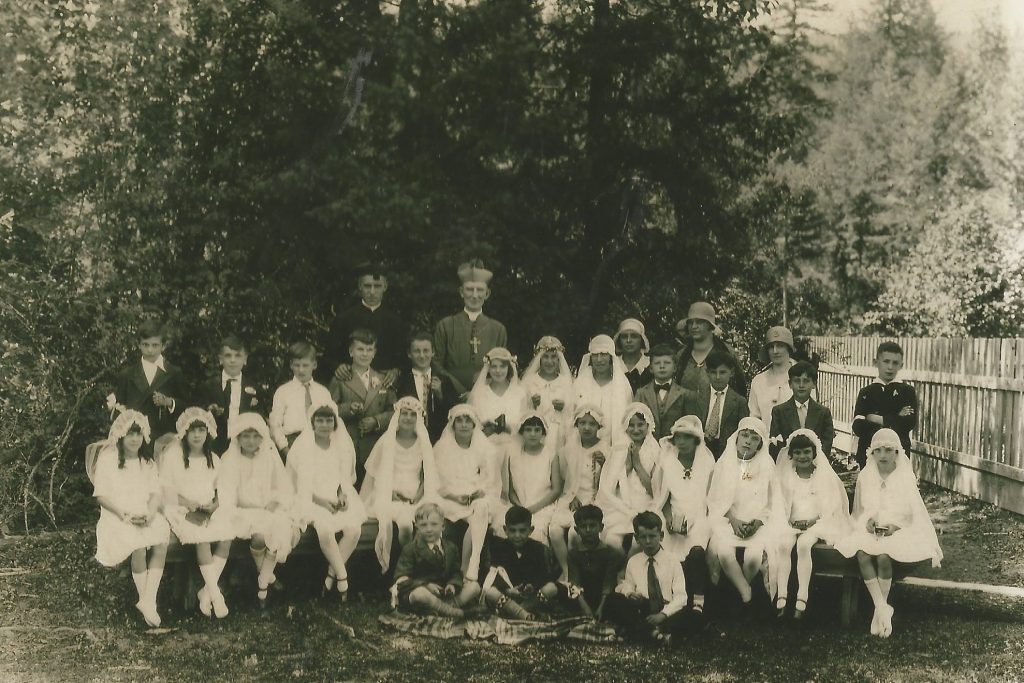 Presbyterian services were originally held in the pioneers’ homes including the home of Joseph Nesbitt.  The Reverend Paul F. Langill from Vernon came to look after the needs of the Protestants from 1890 to 1894.

George Henry Catt, father of Lumby Magistrate Hugh Charles Catt, donated the land for the Anglican Church in 1911 before he returned to live in England. The church was built the following year for a total cost of $1,200.00.  The Church of St. James the Less was consecrated on Easter Day, March 23, 1913 by the Right Reverend Adam Urias DePencier.  Reverend A. H. Plummer was the first resident minister.