Were there marriages in the past? How were couples formed? To get married, a young man had to show that he was capable of supporting a family. For a long time, marriages were arranged. Parents formed the couples. Often, marriages were an alliance between two families. They were an opportunity to acquire new territories and allies in other communities, anicinabek or otherwise. 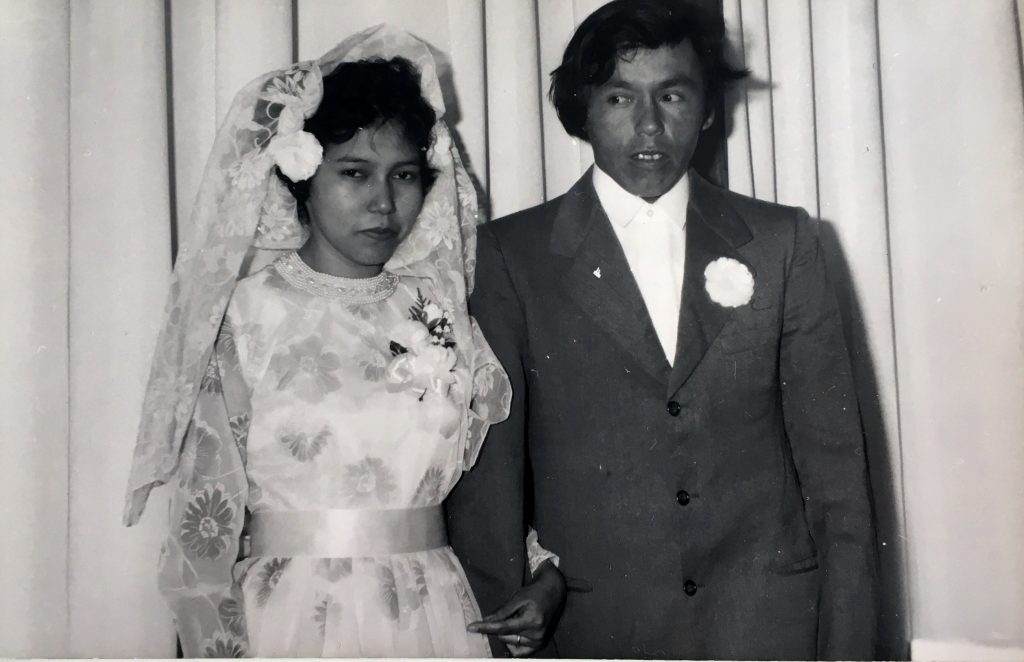 As the community moved down the hill and church attendance increased, more and more weddings were held in church. The weddings were simple. As the married couple left the church, an elder would give a speech explaining the importance of marriage and the responsibilities of this commitment. Sometimes there was a feast and a small party. Other times there was nothing. When there was a feast, a large cloth was put on the floor and everyone ate together. 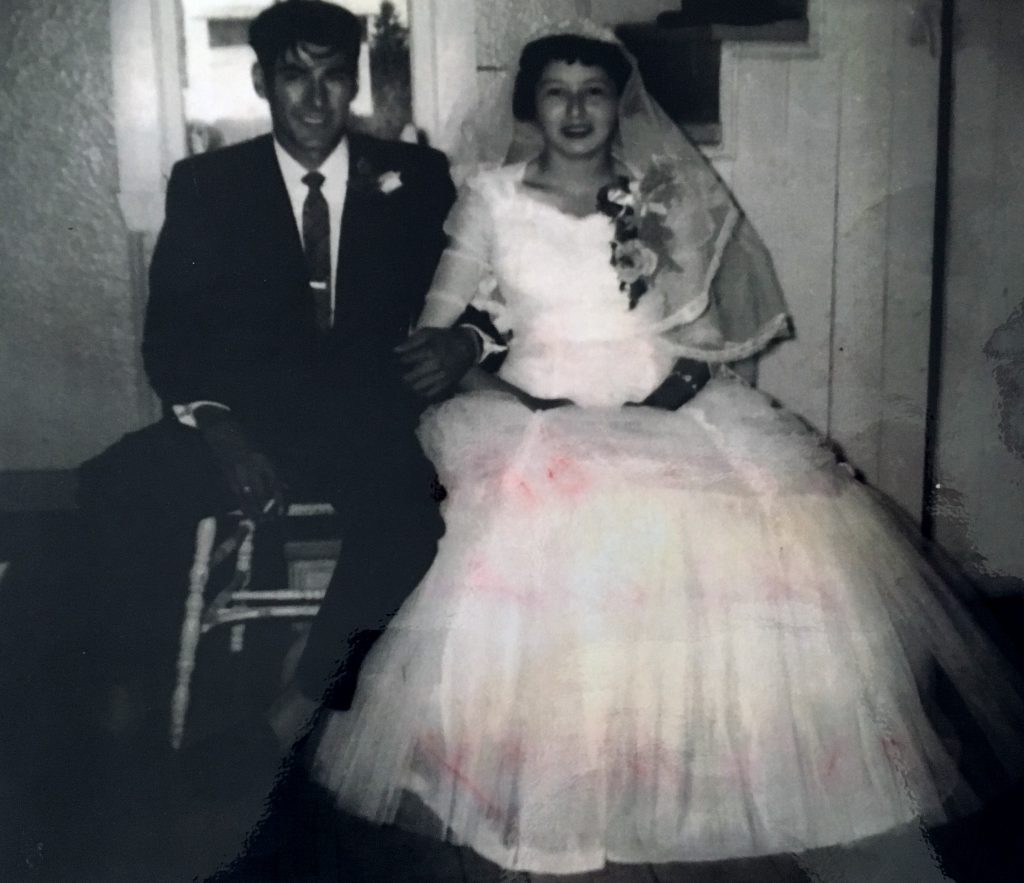 Kokom P. says, “The brides’ dresses were often made by a female relative.”

Monik A. says, “The first wedding that took place once the church was moved up the hill was Jimmy James Wabanonik’s.” 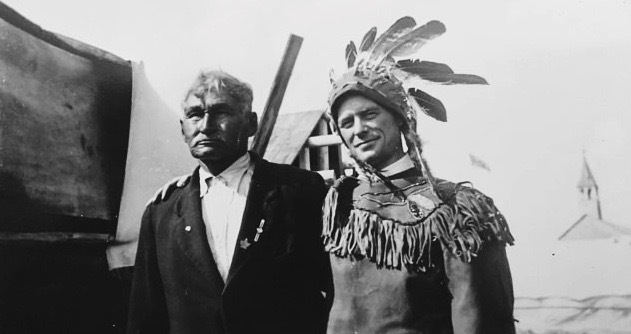 Nias Papatie and Grey Owl during his visit to Lac Simon. His wedding was one of the first to be celebrated in Lac Simon.