Who were the leaders in the past? Was there any form of justice? There were no band leaders like there are today. Leaders spoke and taught when Anicinabek families gathered in the summer. Some people were highly respected, such as the most skilled hunter, the elders with their wisdom, and some women who sometimes influenced the discussions. The leaders of the community dealt with justice. They decided collectively, with the support of the elders, how the offending person would be punished. There were no judges or courts. 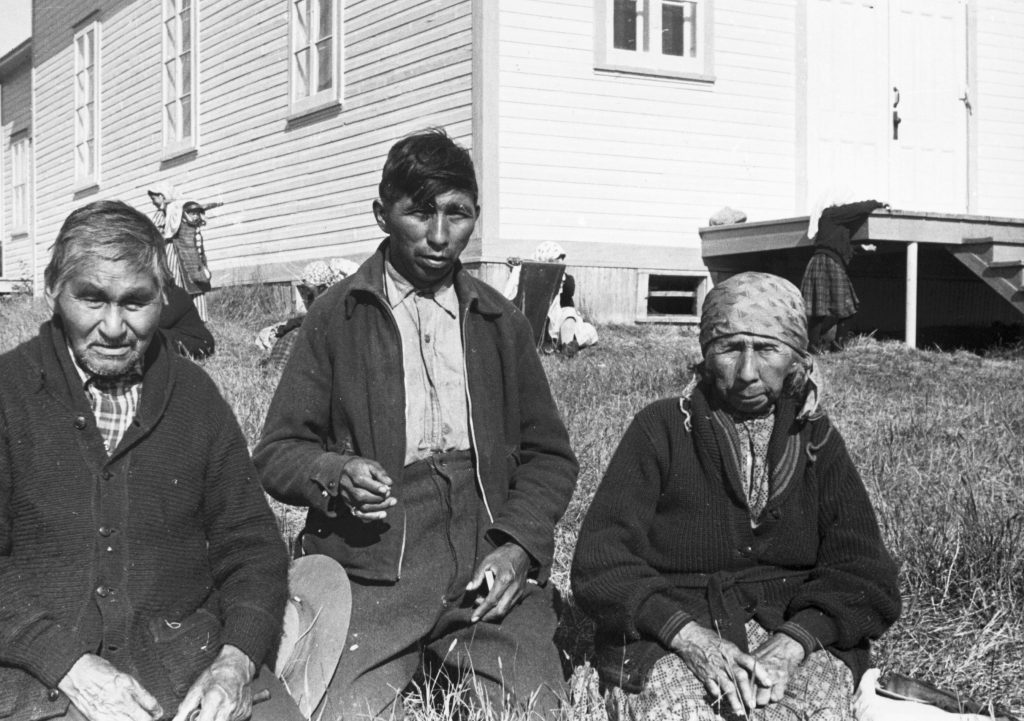 Nias Papatie (left) and his family. He was the first chief of Lac Simon until the late 1930s, when families lived scattered along the lake.

The Indian Act created the chief system because the federal government wanted to speak with a single representative. Nias Papatie was the first chief of Lac Simon: he was the one who brought the first families together. It is said that he remained chief until he was over 80 years old! Jean Papatie was the last hereditary chief. He was also the first chief to be elected in 1971 under the Indian Act. Enacted in 1876 and still in places, this infantilizing law regulates a wide range of aspects of their life and structures the organization of their community. In regards to this law, the Anicinabek are considered minors.

Over the years, the Chiefs played an important role in defending the rights of our community, negotiating the relocation of the band up the coast in the 1960s and establishing the school in Lac Simon in the 1970s.

Jean P. tells us that: “Big George” was the chief back then. When the Indian Affairs officials proposed to build apartment blocks on the new site (upper hill), he responded: “When I go to my camp, to my territory, I have my house. My father has his house. My brother has his house. We don’t stay in the same house all the time. Sometimes we have a bit of distance. Sometimes we stand in a different place. That’s what I want to have: a house of my own, another house for other people.” 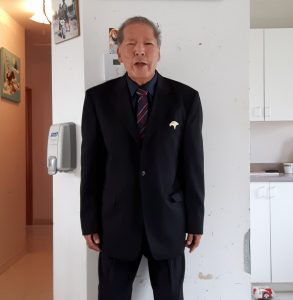 Today, the Chief acts as an administrator and politician and represents all community members.