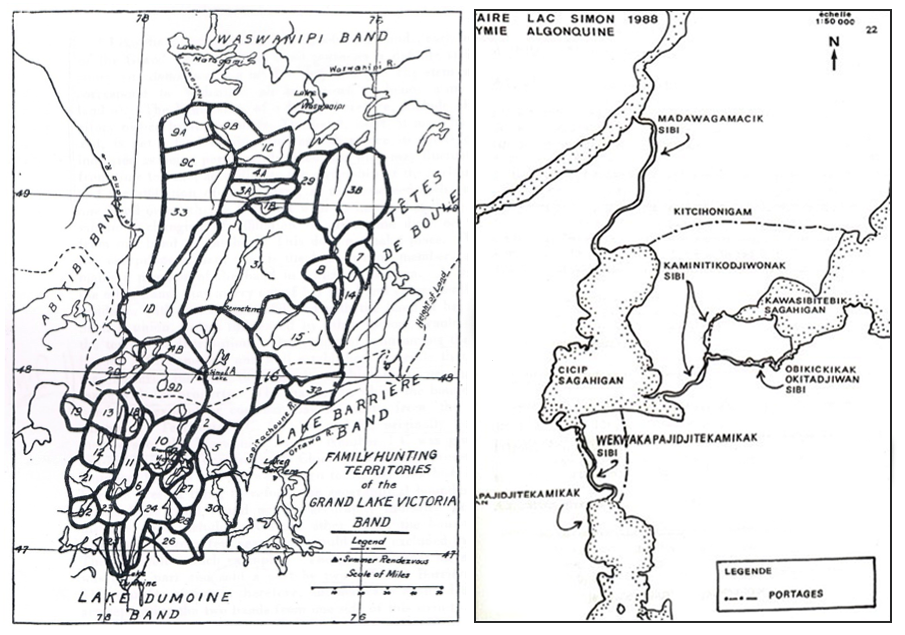 These two maps show different ways of drawing a territory, its use and its administration. They are not always accurate representations.

Everyone helped each other. When a family had difficulty feeding itself, it was normal to invite its members to hunt and trap on our territory. Sharing and support are very important values for us.

Jean P. says: “When someone hunts on someone else’s territory, you have to give a part of the hunted animal to the person who owns the territory. It is a way of thanking the person for allowing them to use their territory.

Simon A. says, “Today, it happens that some people ask others if they can go and build a cabin on their territory.” 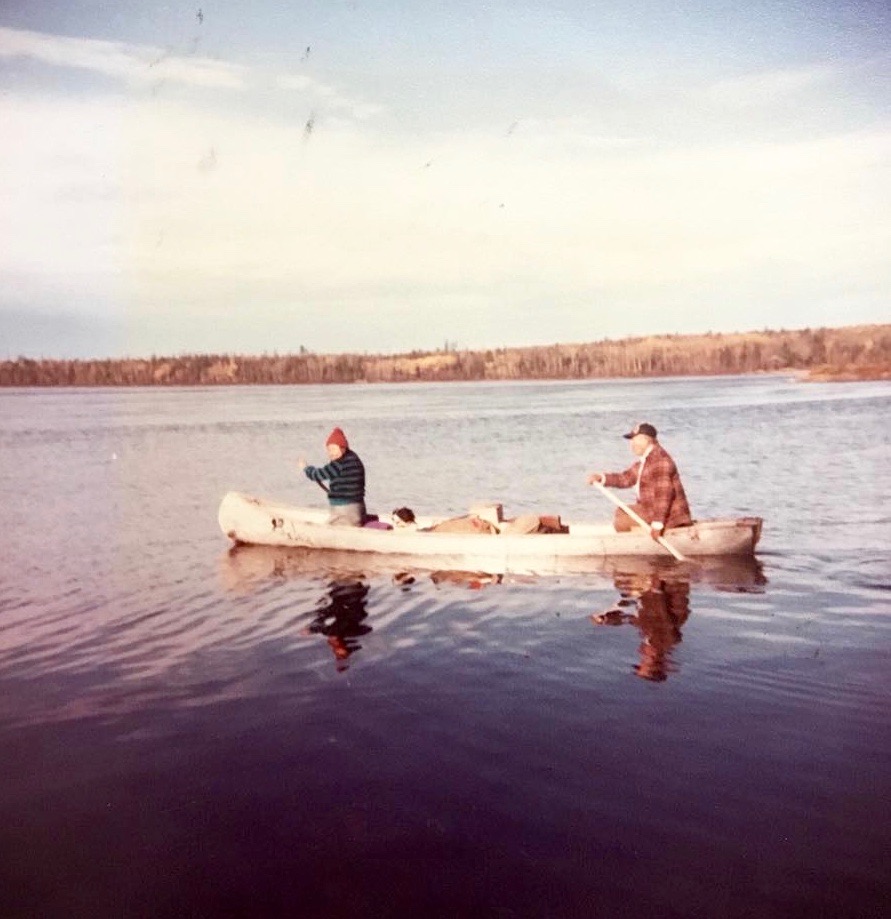 A couple travels by canoe.

A territory was linked to a family as long as they used and visited it. If they abandoned the territory or if the family did not continue to use it, another family could take over. The territory was generally passed from the father to the eldest son. Daughters went to live in their husband’s territory. However, a father without sons could pass on his territory to the husband of his eldest daughter. Today, the land lots and their transmission are managed by the Trapping Committee which depends on the Band Council and by the Quebec Ministry of Energy and Natural Resources. 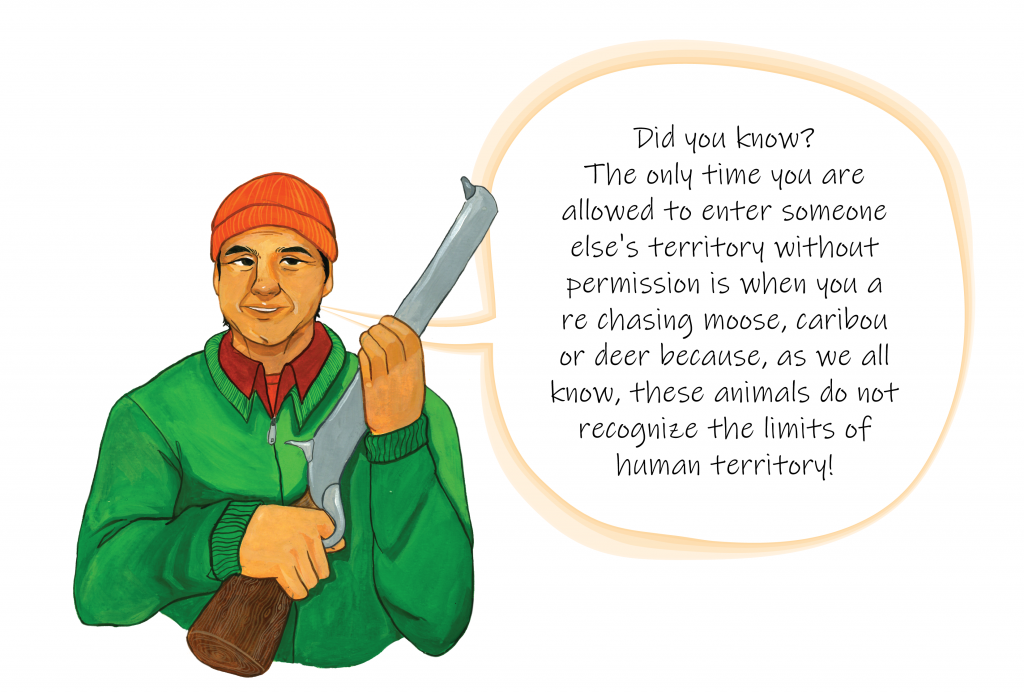