How did our ancestors name the places they frequented on the territory? Has the toponymy of our region changed? With colonization, many place names in Anicinabemowin were lost. Places that we used to name in our language now have official names in English or French. For example, Askigwach and it’s area became Val-d’Or in 1935: this new name comes from the gold mines. The villages that were built in the 20th century took on European names :  Louvicourt, Senneterre, etc.

But we continue to use place names in Anicinabemowin to talk about our territories. These names are descriptive (e.g. the shape of a rock) or recall events that took place in that location.

Sometimes the European spelling of a name also reflects the anicinabe history: the name Lac Simon has several origins. In the past, the lake was called Cicip Sagigan, or “duck lake”. The name Simon is thought to be from of a child or a man living at the lake; or from a man from Kitcisakik who came to live at Lac Simon; or it may be derived from siamo, which means “wood duck” in anicinabemowin, a common species in North America. But regardless of its origin, Lac Simon is the name with which our community is identified today.

Gérard W. says: “In Kickapeka, there were gatherings with Mohawks, Atikamekw and Anicinabek. The river nearby was called the Nottaway Sipi. Many Mohawks capsized and drowned at one point on this river in the spring, when the currents are stronger. That’s why the river has that name.” 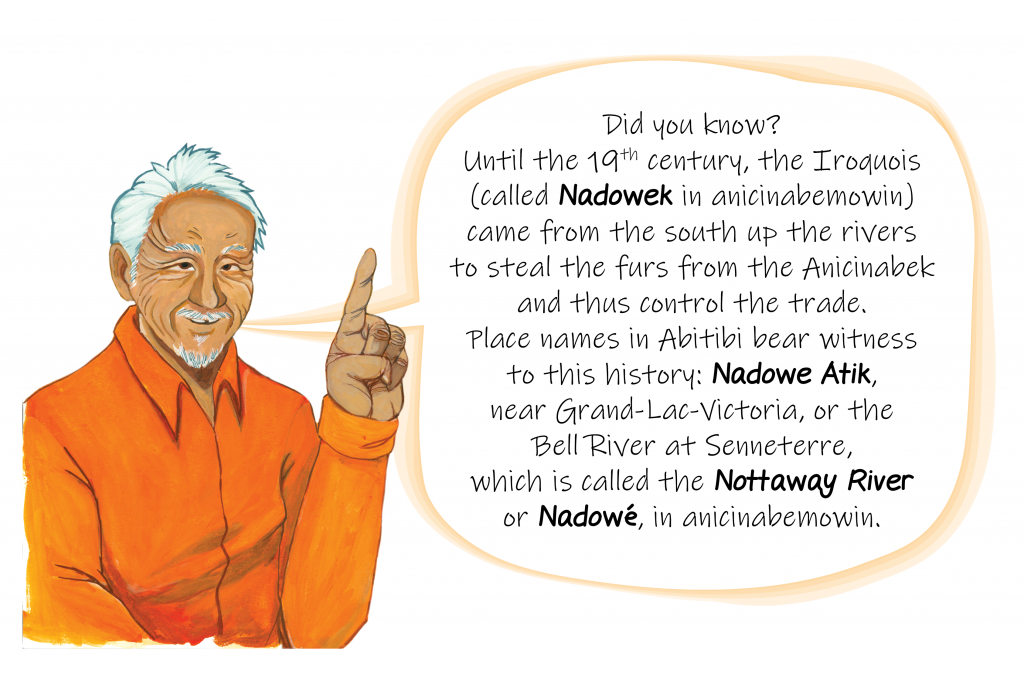