What did our ancestors do when they were sick? Did they go to the hospital? In the past, the Anicinabek used shamans or healers. They had several functions: to heal, to cast spells, to predict the future, to travel in the afterlife. They were feared and respected for their powers.

The plants and animals provided us with what we needed to heal on the territory: beaver glands, bear fat, balsam fir, cedar, Labrador tea, etc. This knowledge was often held by women, but men must also be able to heal themselves in the forest.

Willie M. says, “Grandmothers, our mothers, used to make herbal tea to counter all kinds of illnesses for the children.”

Then we began to have access to hospitals and doctors. From 1950 to 1960, chronic diseases, such as tuberculosis, were treated at the St-Jean sanatorium in Macamic. The patients were far from their family and isolated: no one understood them. 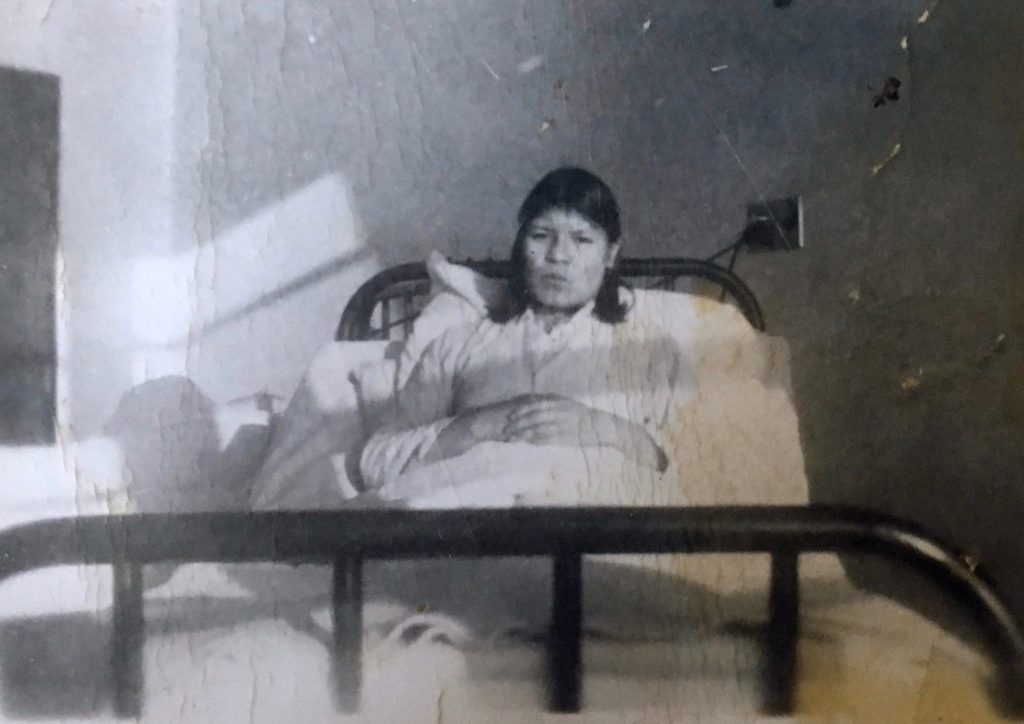 Down the hill, in Lac Simon, there was a dispensary where a nurse, Madame Poirier, came regularly. She was called meckojdacwwe, the one who changes often. But even in the 1960s, our contact with the health staff was rare. We had to take a cab to see a doctor or go to the hospital. 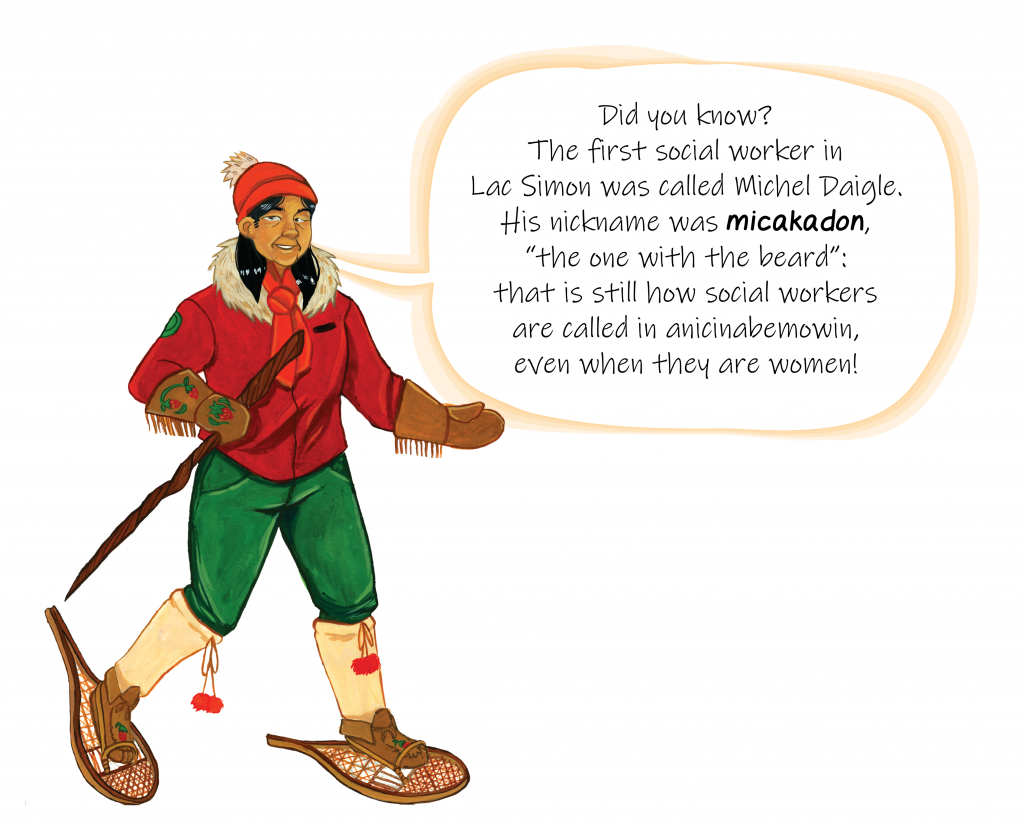