Where did our Anicinabek ancestors live before settling in Lac Simon? Did they always live there? No. We were mobile (semi-nomadic). We moved according to the seasons, our encounters and our needs. Like other First Nations in Quebec, our Elders and archaeological digs show that we have been here for thousands of years.

In the 17th century, the Anicinabek occupied a large part of what is now named Abitibi, Témiscamingue, Outaouais and part of eastern Ontario. Their neighbors were the Cree, the Atikamekw and other nations with whom they maintained relations. Their network extends to the United States. Large gatherings are occasions to exchange, celebrate weddings and other festivities.

In the 19th and early 20th centuries, many of the Anicinabek who founded Lac Simon frequented Kitcisakik in the summer. Also called Grand-Lac-Victoria, it was one of the summer gathering places that we frequented long before the arrival of the first missionaries. At the end of the 18th century until 1956, a trading post was installed. We exchanged our furs there. 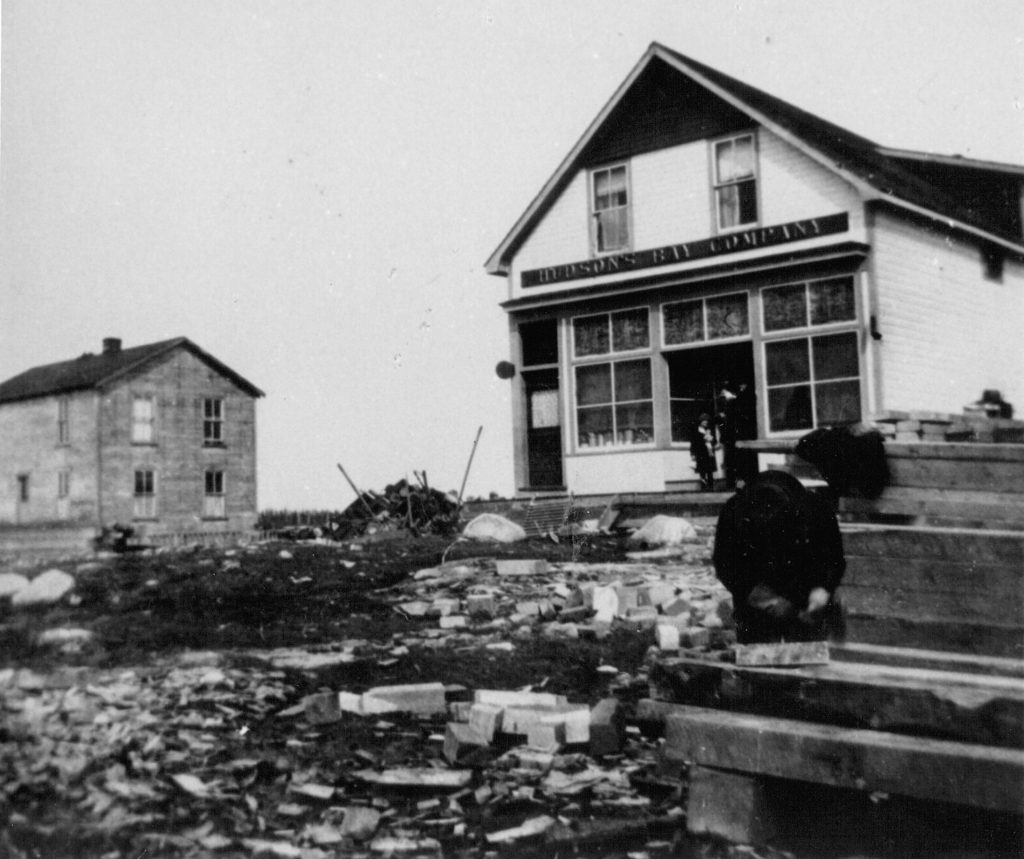 In the 20th century, another trading post was established where the town of Senneterre was later founded. Anicinabek went there to shop or trade furs. Anicinabek families used to stay temporarily on the small island located in front of the town along the Nottaway or Bell River. As you can see in the picture below, tents were set up there. 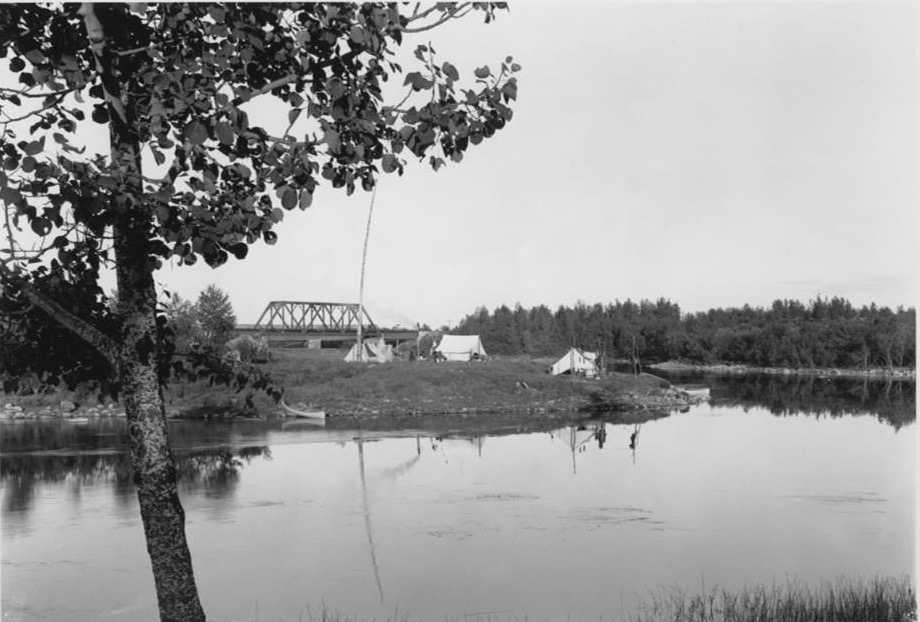 You can also see canoes moored there. This was one of the ways by which we moved around the territory.

Jean P. says: “If they did not use a road, the Anicinabek had to make eight portages to get to Senneterre from Lac Simon. When several portages were necessary to get to a place, they would stop for a few days on the way to rest.”

With the opening of the railroad and the creation of new roads, the whites presence, whom we call tcikojik, becomes more important on the territories we frequent. The forestry and mining industries also settled in, transforming our living environment.