Doing the Stampede Parade was a memorable experience as well. I got to carry a flag as a junior member of the Honour Guard. It was fun walking down, with just thousands of Calgarians there cheering you on and supporting the Fire Department. 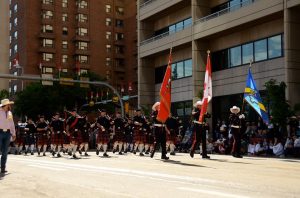 Every July, thousands of people from across Canada and the world come to Calgary to enjoy the Stampede. The event dates back over 100 years, and features agricultural demonstrations, rodeos, and rides and games. Calgary is known worldwide as Stampede City, and the Parade gives the whole community a chance to get in the festival spirit.

The Honour Guard has a long history of attendance at the Parade, and has had more than a few notable experiences! The event allows newly uniformed members and their experienced colleagues the chance to add a bit of cowboy flair to their traditional uniform. In the past, the Guard was more likely to be seen with the Fire Chief or Mayor in their open top vehicle, posing as ceremonial representatives of the Department. There are also photo opportunities with the celebrity Stampede Marshalls, and other Parade goers. The Honour Guard is always popular amongst members of the public, who never hesitate to capture the group on film! 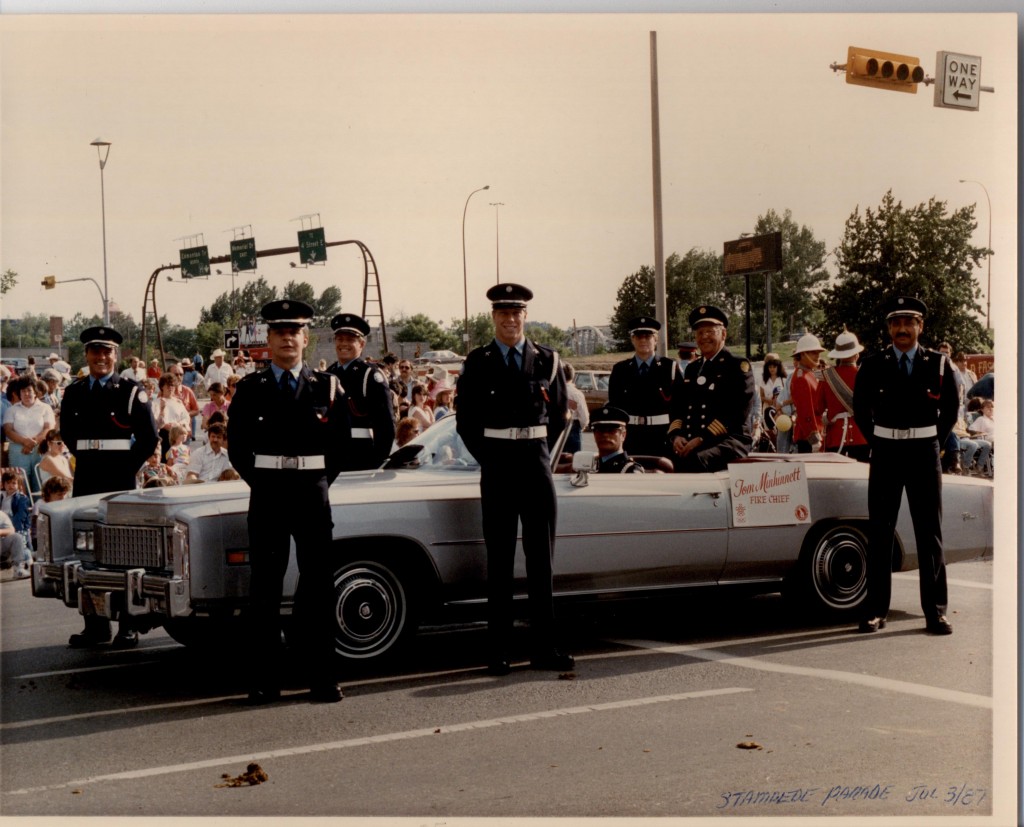