‘When I got on with the Fire Department and saw that there was a chance to… represent someone, and a uniform, that was bigger than myself, it was kind of a calling to serve.’ 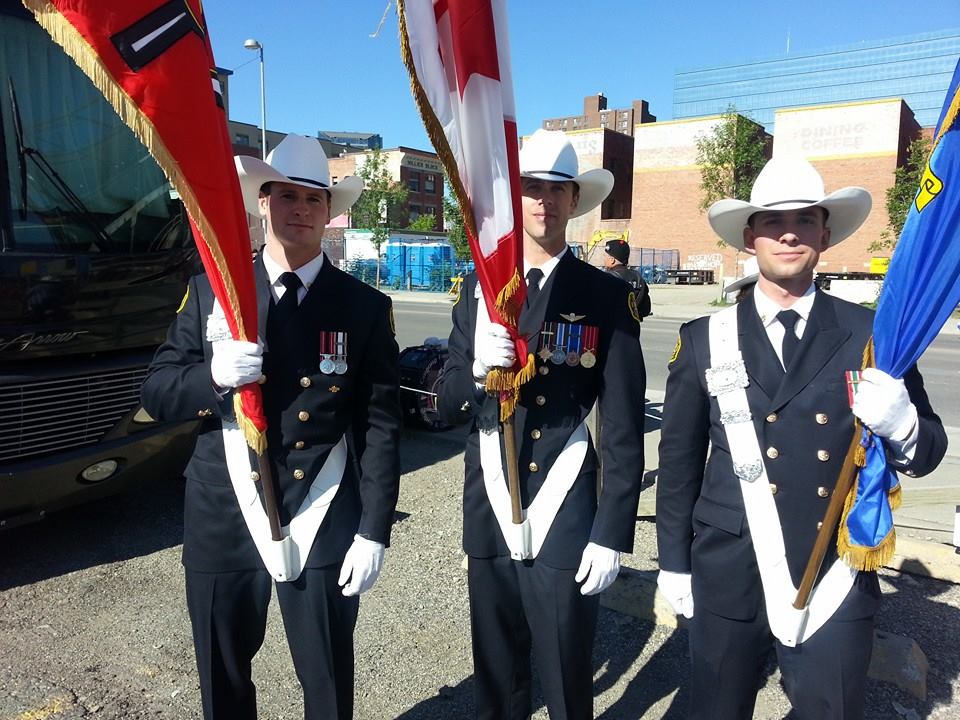 Representing the profession and community gives firefighters the chance to enjoy many different experiences. Even those who joined the Guard recently have enjoyed a full range of events, showing off their skills to the public and colleagues alike. What starts as a wish to represent the uniform and the profession develops into something more- what it means to be part of an international community.

That’s the realization that Firefighter Steven Leschert gained after joining the Guard. Having served in the military, his motivation to join came from the traditions and order of the Honour Guard, as a continuation of service. The military requires an oath of service and protection to the public, as part of a community that’s greater than oneself, and the Fire Department operates in a similar way.  The deep sense of association creates a belief that Honour Guard members appear on behalf of a society much bigger than their own unit, standing in for the whole department.

Every member of the Honour Guard believes that the profession is worth celebrating. Displays of ceremony help to share these values with the public who don’t always see the deep sense of pride in the job that firefighters have. Appearing at events and memorials is a show of respect to the history of firefighting and those who do the job.

View this video with a transcript: Steven Leschert