It was a proud moment for me… all of us for that matter. We marched down 9th Avenue during that Chief’s Convention, and people were clapping for us. What a memory that is. 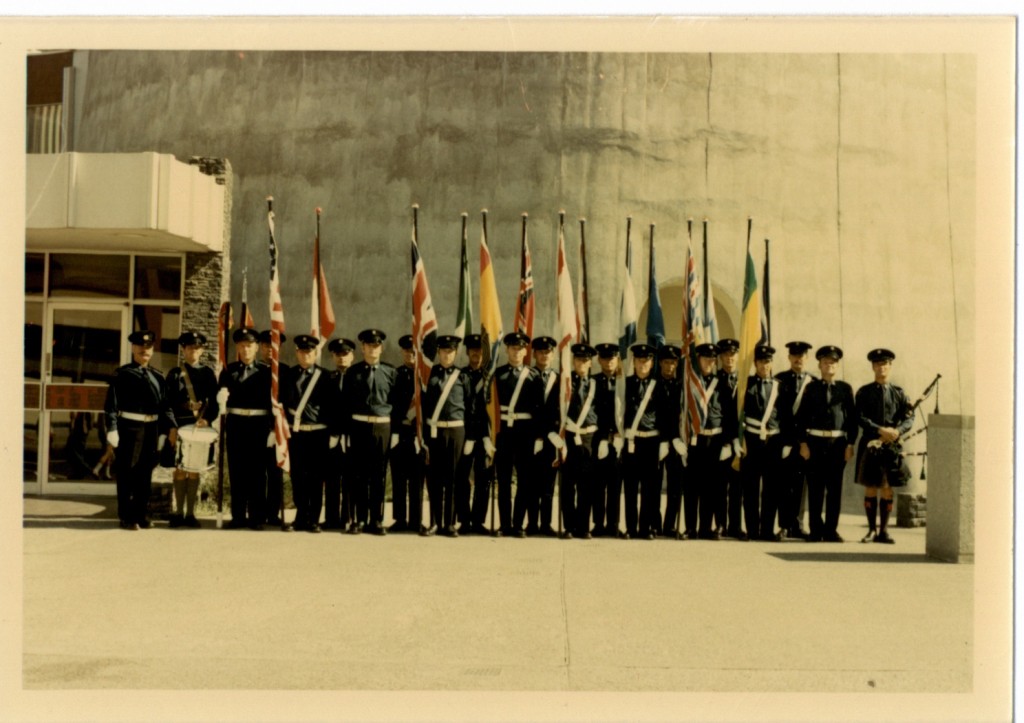 Honour Guard at attention outside the Husky Tower, August 1971

The Canadian Fire Chief’s Association conference has been held in Calgary three times since the Honour Guard’s formation. The 1971 conference was the first official function for the Guard, as the Chief of the time sought a professional and organized entourage to show off the department. Little did they know that their work would be so successful, and would still be going strong today.

During that event, the Guard accompanied the Chief to official functions, and paraded through the convention and receptions. More importantly, they got their first taste of public exposure, with a procession downtown ending outside the Husky Tower. The Guard were immediately popular with the public as they paraded through Palliser Square. The march showed off another side to the department which had rarely been seen by the community. 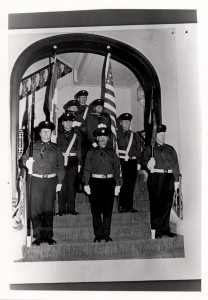 Honour Guard at attention for the Canadian Association of Fire Chiefs convention, August 1971

1971 wasn’t the only Convention to be heavily influenced by the Guard. At the end of a days proceedings at the 1982 (?) edition, it looked like the party was falling flat during evening refreshments. Luckily, that’s when the Honour Guard stepped in. Guardsman Brian Freney convinced some Pipes and Drums band members, visiting for a competition, to join the party at the convention and provide some entertainment. The plan went down brilliantly, and helped the convention finish off on a high note!