When you take a look at that (Morley James’) funeral, and any Fire Department funeral, the number of people that show up…it was just…made quite an impression on me.

Since the Calgary Fire Department was founded in 1885, nine firefighters have made the ultimate sacrifice in the line of duty. No firefighter expects to perish, but the risks of the job means that tragedy can strike at any time. Those that don’t return from duty deserve to be honoured by their colleagues, and remembered for the sacrifices they made while protecting the public. Thankfully, the city has not buried a line of duty death since 1992, but the Department feels the loss of any member of the firefighter family. 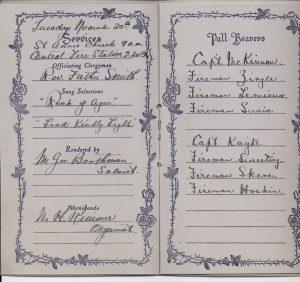 The Guard preserve their memory in a number of different ways, representing them and ensuring that they will be remembered in perpetuity. The red stars on the right sleeve represent each of the fallen. They are also a symbol of the risks that every firefighter faces. The ceremonial sword and axe carried by the Guard also have the 9 names inscribed, physically linking the ceremonial and memorial aspects of the Guard’s purpose.

Each year, the department comes together to remember their loss and say thank you. The Fallen Firefighters Memorial is led by the Guard, and the name of every line of duty fatality is read out, while the bell is rung. 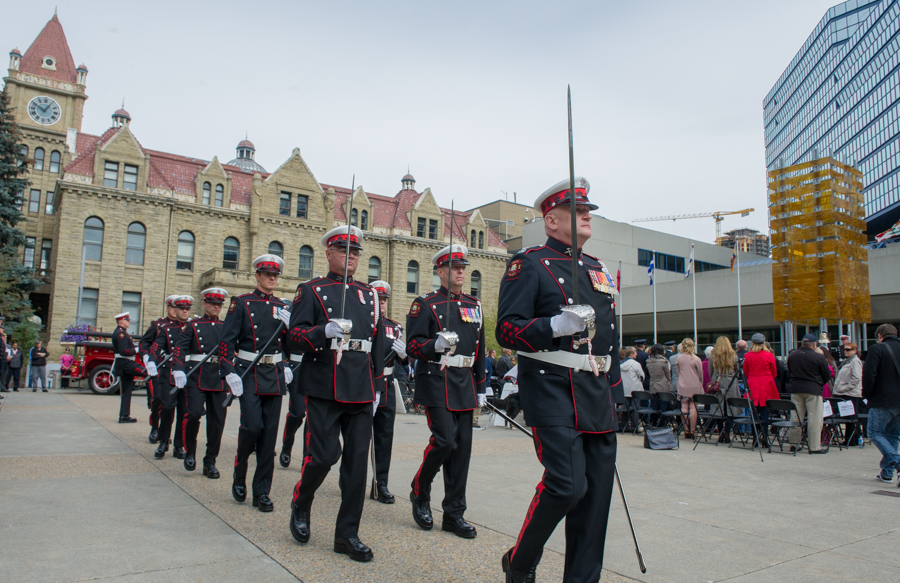