I just wanted to get involved. You see the Honour Guard out at various events and I think it looks sharp, I like the feeling of pride that you see when you see the uniform. I think that’s cool. It feels good to see that representation.

The recruitment process for the CFD is notoriously tough, requiring plenty of life experience and specific qualities. Many of the department previously spent time working for volunteer departments. For some of our Guard members, it’s at these smaller departments that they first come across Honour Guard duties, in the burial of friends of colleagues.

For Chris McCallum, such an experience was the reason for joining the CFD Honour Guard later in his career. Motivated by a desire to see fallen colleagues honoured with a high quality funeral after his own experience of loss, Chris sought membership of the Guard after joining the CFD. 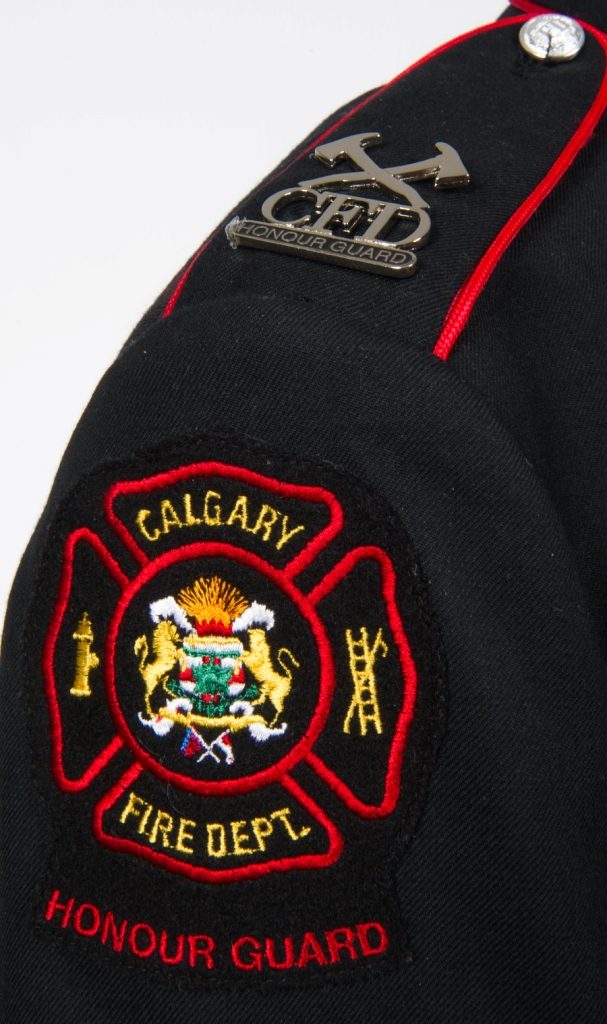 Every single member of the Guard remembers their first duty. Upon being accepted for probationary membership, Chris was soon asked to take part in the funeral procession of Officer Daniel Woodall of the Edmonton Police Service. The march through downtown Edmonton featured thousands of First Responders from across Canada.

View this video with a transcript: Chris McCallum