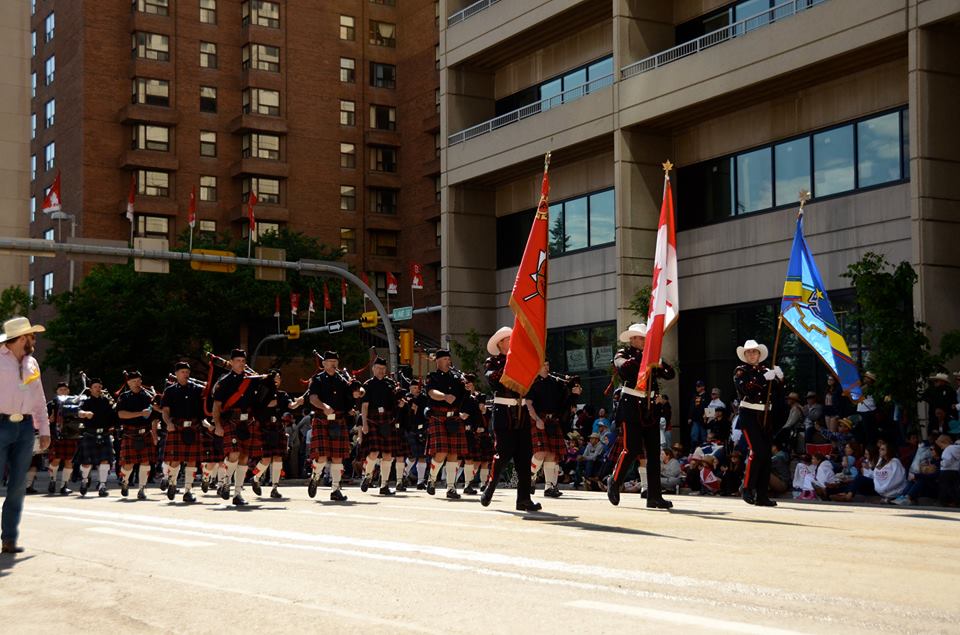 The Calgary Stampede Parade sees thousands of people line the streets to see floats and troupes march through the city. Lots of different groups turn out to strut their stuff in front of the public, and the Honour Guard are no different. The Guard, and Pipes and Drums band, walk the route while carrying ceremonial flags. The Parade is a great chance to show off the ceremonial side of the Department, away from their day to day work.