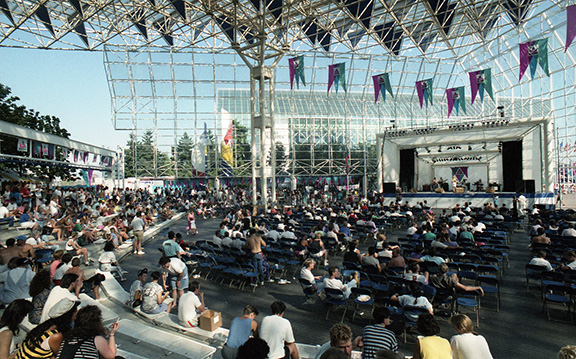 The Plaza of Nations, including the Plaza Stage, at Celebration Centre.

Celebration ’90’s Cultural Festival was an ambitious public program occurring at multiple venues over the week of the Games.  It was significantly larger than anything previous Gay Games had undertaken.

Celebration ’90 took over one of the city’s best known venues, The Plaza of Nations entertainment complex, for the duration of the Games. It was transformed into Celebration Centre, “the heart of the Gay Games festivities”.

Plaza of Nations & Plaza Stage
This open-air plaza connects B.C. Place with the north shore of False Creek and the Vancouver Sea Wall. Free during the day and publicly accessible it gave the curious public an opportunity to experience the spirit of the Games.

View this video with a transcript: “The Plaza Stage at Celebration Centre”

In the evening the plaza was transformed into the largest disco in the city, with a capacity of 2000 people. 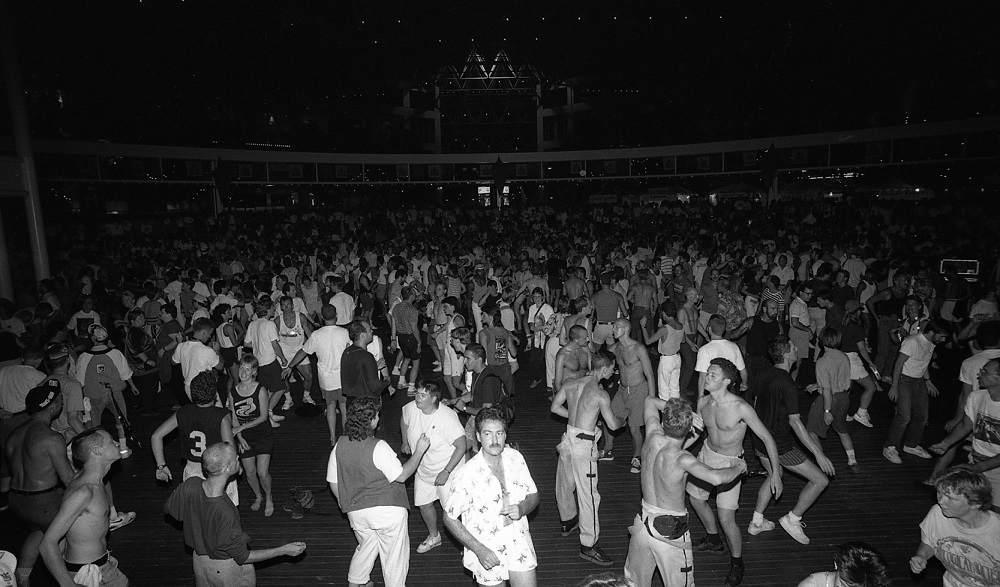 A disco night at Celebration Centre’s Plaza of Nations.

“Women All Night Long”, a special evening aimed at the women’s community but open to all, was held there. It included performances by Seattle’s Venus Envy, Toronto singer/activist, Faith Nolan, and comedian Robin Tyler. This event was produced and funded solely by women. An extraordinary $10,000 was raised from 80 women in 20 minutes at a fundraiser hosted by Tyler.

Enterprise Hall
Adjoining the Plaza was Enterprise Hall, another vibrant gathering space for Games participants and the public. It had a food fair, beer and wine garden, and the Artisan Market.

The Artisan Market was the first of its kind for the Gay Games. International vendors sold a variety of merchandise including photography, stained glass, jewelry, clothing, visual art, chain mail, leather goods, and even tattoos.

Phantasia! at the Commodore Ballroom 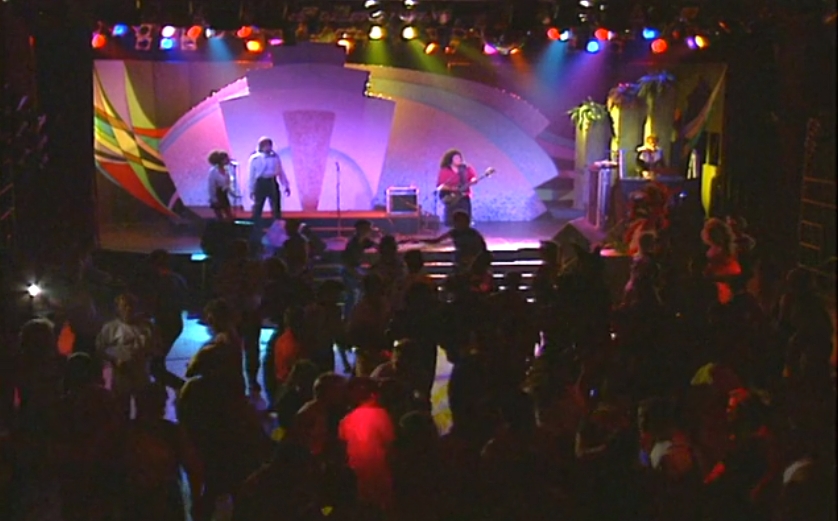 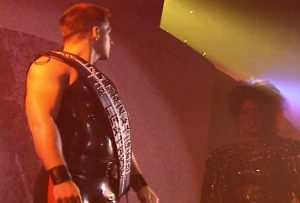 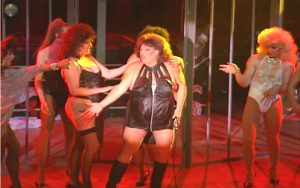 Act III featured a dream sequence and ceremonial procession of local and visiting dignitaries and monarchs. Each introduction was prefaced with a voice proclaiming “Here cometh the Dreamer” (after Martin Luther King’s “I Have a Dream” speech).  Dignitaries included local and International Mr. Drummer, Leather title-holders, Empress and Emperors of the Dogwood Monarchist Society; Mr. and Miss Gay Vancouver, and Chief and Princess of The Greater Vancouver Native Cultural Society Two-Spirit.

Gayla! at the Orpheum Theatre

Gayla! A Celebration of Women’s Culture took place at the Orpheum Theatre on August 10th. 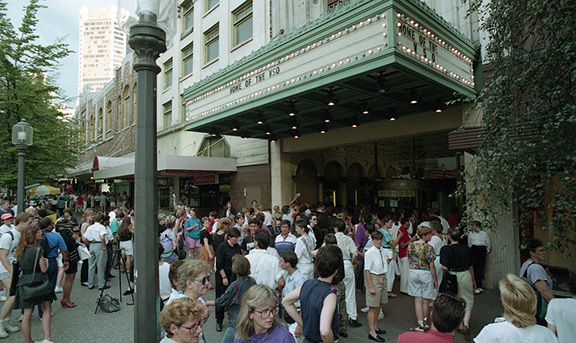 The audience mingles outside the Orpheum Theatre for Gayla!

View this video with a transcript: “Gayla! A Celebration of Women’s Culture”

Vancouver legend, Ferron, closed out the show. A much-loved and respected singer-songwriter, Ferron inspired a generation of women through her music and her support of the lesbian community.

View this video with a transcript: “Ferron: It Won’t Take Long”