The final official act of Gay Games III,  and a cause of celebration for the next host city of the Gay Games, was the passing of the flag to the winning bid recipients of Gay Games IV. Federation of Gay Games representatives Peg Gray and Rick Peterson made the announcement to an excited crowd.

With the announcement made it was time for the final celebration to begin with performances by musicians well-known to Canadian audiences.

England-born Long John Baldry played a key role in the British rhythm and blues movement of the 1960’s and is credited with launching the careers of Rod Stewart and Elton John among others. Baldry moved to Canada in the 1970’s and had lived in British Columbia since 1978.  In 1979, he released his classic album, “Baldry’s Out”. It featured his cover of the explicitly queer “A Thrill’s a Thrill” by Canadian songwriter,  philanthropist and activist, Barbra Amesbury.

View this video with a transcription: “Long John Baldry”

Next on stage were Canada’s most popular a cappella group, The Nylons. This Toronto group’s pop covers, such as “The Lion Sleeps Tonight”, are Canadian classics. 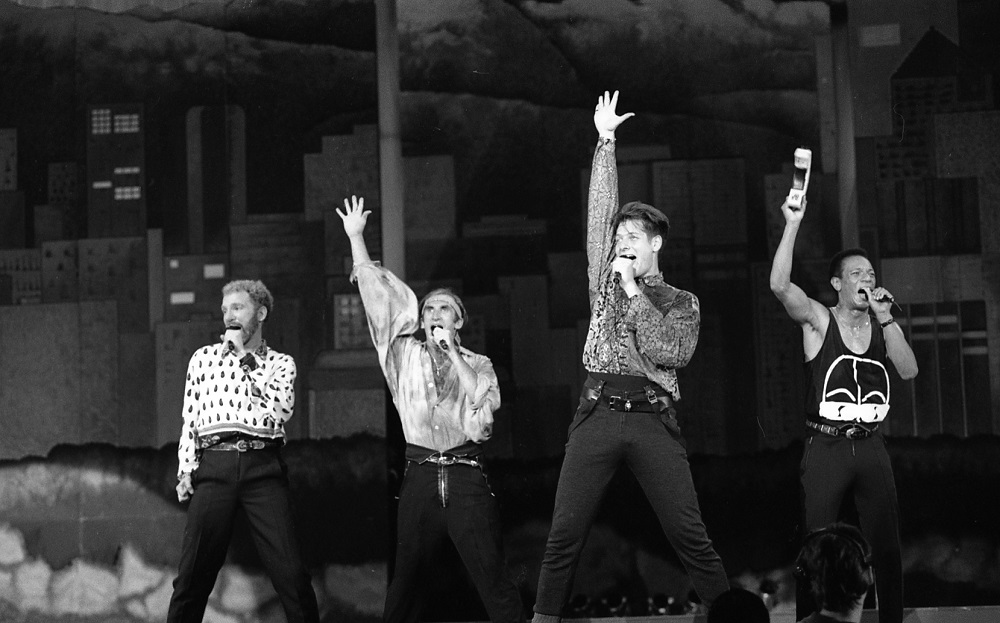 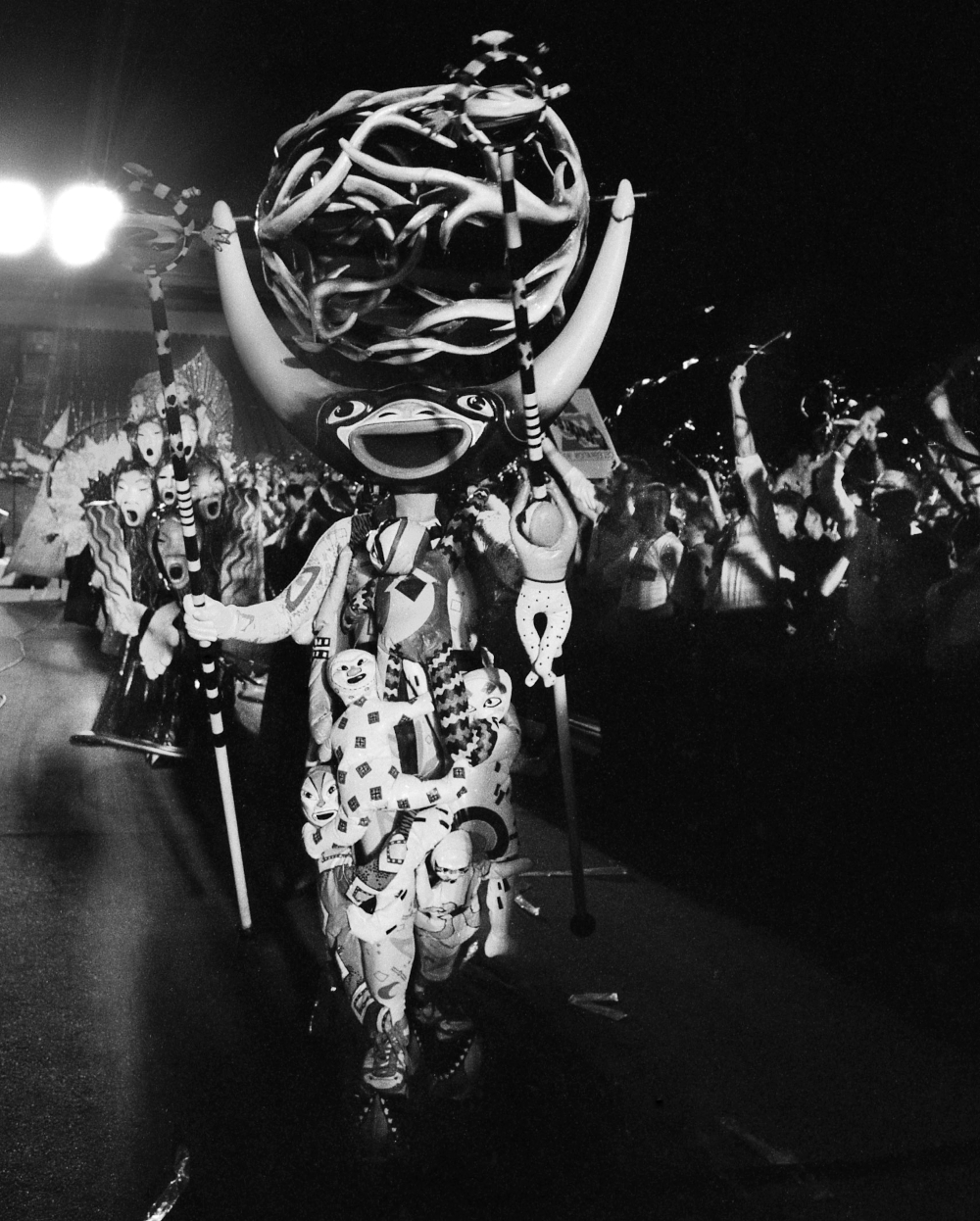 The celebratory evening ended with Carnaval! a fantasy parade. Fantastical creatures and people in extravagant costumes led the  audience and athletes out of the stadium and towards the Plaza of Nations for one last party together.

View the video with a transcript: “Closing Ceremonies: Carnaval!”

Closing Ceremonies: Final Goodbyes We Could Have A Life Like This