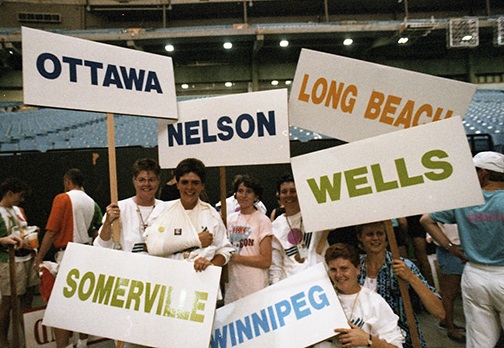 On August 11th, Director Mark Mees was crossing the Cambie Street Bridge on his way to the Closing Ceremonies. Fewer tickets had been sold than they’d hoped. That meant that despite the success of the Games the board would be facing a new challenge the next day. Mees remembers his exhaustion and the inevitable let down that happens when something you’ve worked on for years abruptly ends. He looked northeast towards the stadium and was surprised to see the wide arc of a rainbow descending towards B.C. Place. [1] It was a fitting tribute to Celebration ‘90. 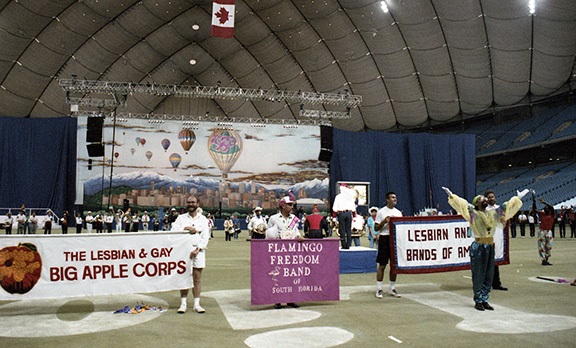 The Lesbian and Gay Bands of America perform.

Inside the stadium that evening, The Lesbian and Gay Bands of America and cheerleading squads – the Bay Area Raw Rahs and the Seattle Cheerleaders – started the celebration. Greetings from Federal Minister of Justice, The Honourable Kim Campbell, were followed by the Gay Games III Parade of Champions. 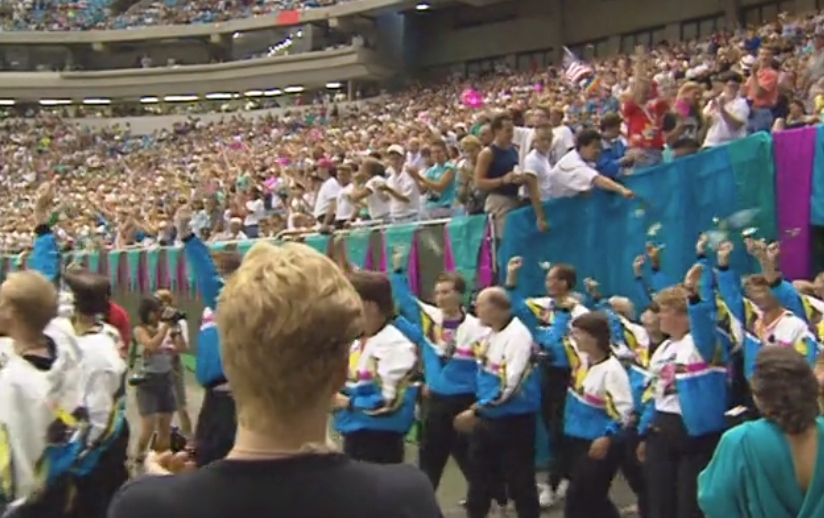 The crowd greets the athletes as they enter B.C. Place Stadium. 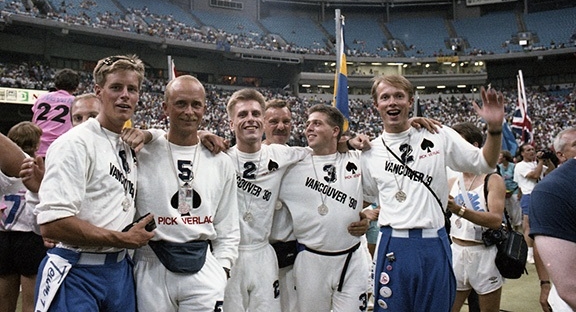 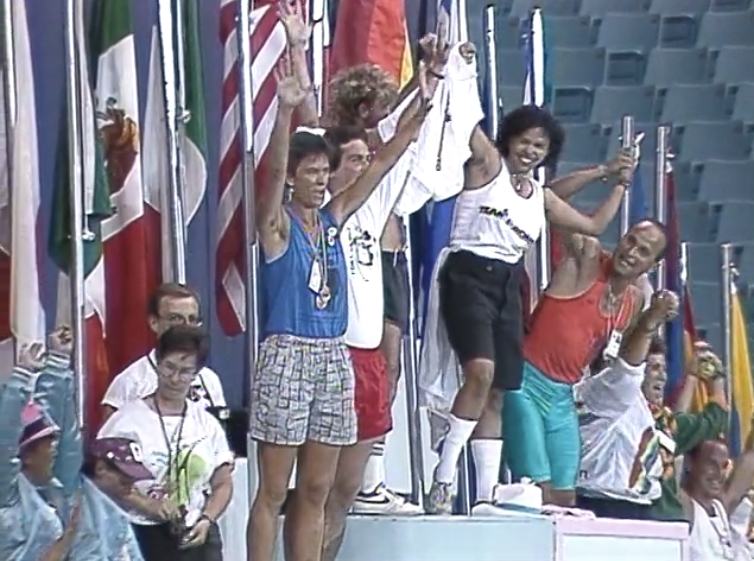 Athletes kid around and pose for last-minute photo-ops at the Closing Ceremonies.

Once the athletes had assembled on the field  M.C. Robin Tyler took to the podium and said her final goodbye. The Celebration ’90 Festival Chorus performed “Esperanto”, co-written by Canadians Joëlle Rabu (soloist) and Douglas Dodd. 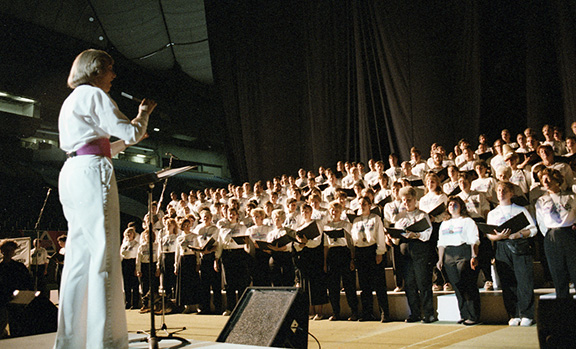 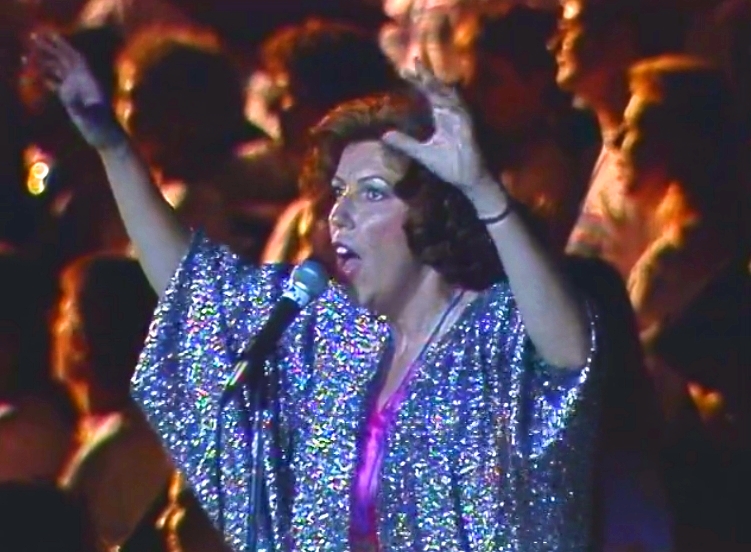 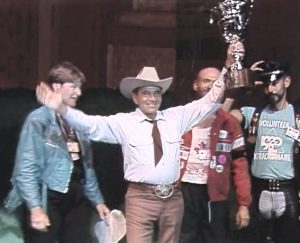 A highlight of the evening was the presentation of The Tom Waddell Award. The award was the idea of Vancouverite Robert Neyts, a member of Vancouver’s  leather community. He spearheaded the fundraising for the trophy’s manufacture as well. The award was officially endorsed by the Federation of Gay Games and is the highest honor awarded to volunteers and activists in the Gay Games mission.  Tom Waddell’s widow and LGBTQ2S+ activist, Sara Waddell Lewinstein, presented the award. The inaugural honoree was co-founder of the Gay Games, Paul Mart. Mart was a war hero, professional rodeo performer, Hollywood stunt person, and legend in the Gay Games movement.

Executive Director, Mark Mees, took to the podium for his final public act of Celebration ’90 – officially declaring the Games closed.

View this video with a transcription: “Official Close of Celebration ’90”