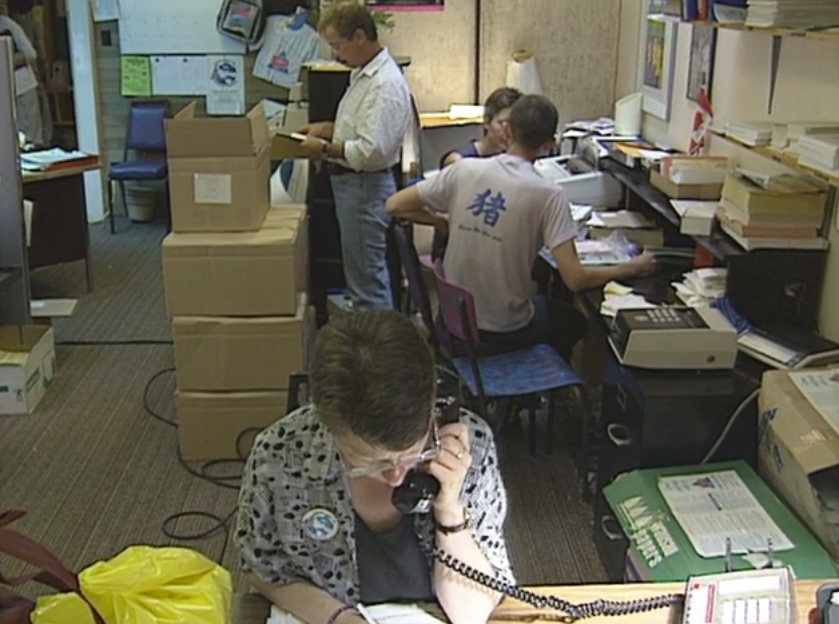 In April 1989, Games’ administration moved, as staff put it,  “out of the closet.” They left their small office at the Vancouver Gay and Lesbian Community Centre (VGLCC) to a much larger one in Enterprise Hall at the Plaza of Nations. 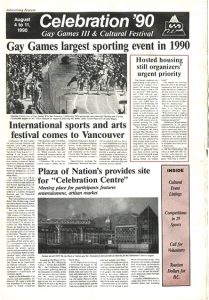 The MVAAA used their official newsletter to keep supporters up to date on their activities and to promote the Games. Published four times a year it was distributed to Celebration ’90 members, the press, and Official Business Backers.

Their first full-time employee was Mary Brookes. She was hired as Office Manager. Brookes had previously worked at the VGLCC where she had streamlined operations. She was also credited with facilitating greater cooperation between gays and lesbians.

The Manager of Volunteer Services was Heather Williams. She worked to ensure all volunteer positions were filled and schedules met. These included the critical sports, cultural, and operational committees.

The number of volunteers needed for the Games was greater than for any other event the community had taken on. The scale of the volunteer jobs were  immense. As an example, to prepare customized information packages for participants, volunteers worked 20 hours stuffing a million pieces of paper into 28,000 envelopes. 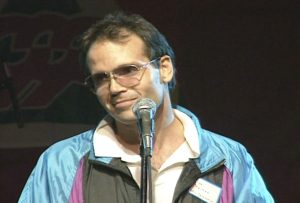 Max Reimer speaks to volunteers about plans for the Opening and Closing Ceremonies at the Pep Rally.

Celebration ’90 made a final push for volunteers at a recruitment drive and pep rally held July 21, 1990, at the Commodore Ballroom. The event featured inspirational speeches by Ceremonies’ producer Max Reimer, Bill Monroe, Celebration ’90 staff and the board. There were raffles, entertainment, and dancing at the end of the evening. 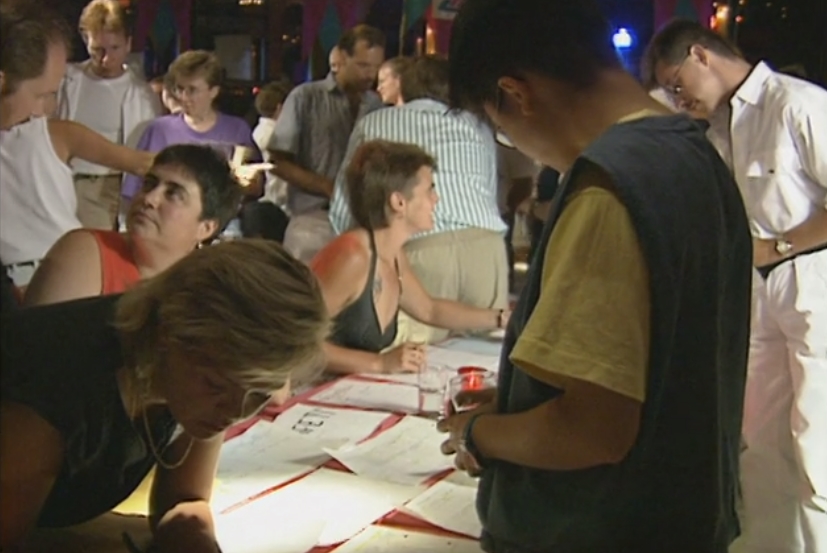 Volunteers sign up and receive assignments at the recruitment drive and pep rally.

The event was a success. Volunteer numbers surged over 2000. The enthusiasm and commitment of the volunteers was palpable. Excitement was growing not just for the Games but for what could come after them. 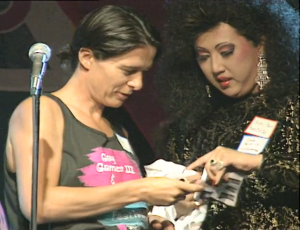 Bryan Fair (Operations) recalls standing with Brookes on the Commodore balcony watching the crowd celebrate. They imagined ways the LGBTQ2S+ community could benefit if this positive energy could be sustained once the Games were over. [1]

A woman who chose to volunteer in the office during her own work vacation summed up what they were feeling:

“There’s no way I’m crawling back into the woodwork. After it’s over, I’m staying around. I want to to be a part of all this.” [2]

Two weeks later on August 1st, the day before in-person registration opened, the Celebration ’90 office was in overdrive. Brookes took a few minutes to talk about the last minute challenges.

View this video with a transcript: “Mary Brookes: Countdown to Opening Day”

Brookes and Williams candidly reflected that day on how they felt about the jobs they’d taken on.

View this video with a transcript: “Mary Brookes and Heather Williams: Working at Celebration ’90”

[1] CDMLA interview with Bryan Fair, 2019. Brookes and Fair went on to co-found the Stonewall Festival in the Park, an annual community gathering and fair celebrating the anniversary of the Stonewall riots. It ran for 8 years in Vancouver’s East Side Grandview Park.
[2] “Working for the Games”, Game Plan [insert], Angles (Vancouver, British Columbia, Canada) by Diane Claveau, Lavender Press, August 1990, Page 7.