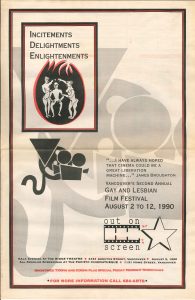 Out On Screen had recognized early on the value of including video in their program, a medium used by woman and underrepresented groups.

View video with a transcript: “Louise Pohl: Out On Screen”

The Gala Evening was hosted at Vancouver’s iconic repertoire cinema, the Ridge Theatre, on August 2nd. It featured the Vancouver premiere of the Oscar-winning documentary “Common Threads: Stories from the Quilt”. Directors Rob Epstein and Jeffrey Friedman were in attendance.

The Vancouver Queer Film Festival is a lasting legacy of Celebration ’90, celebrating its 30th anniversary in 2019. 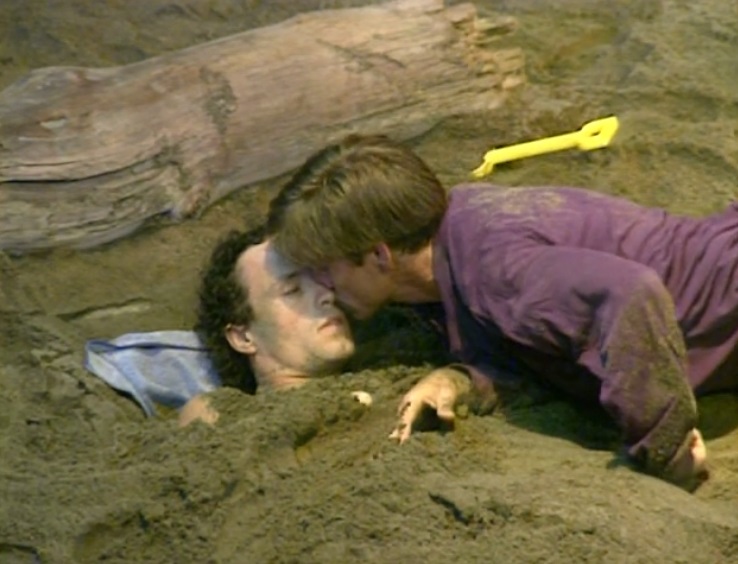 Warm Wind in China at the Vancouver East Cultural Centre

The Cultural Festival of Theatre featured three components. Warm Wind in China, by Canadian playwright Kent Stetson, looked at a family coming to terms with the death of a loved one. Directed by Robert Graham the play ran 9-days at the Vancouver East Cultural Centre.

An Evening of One-Act Plays at the Firehall Theatre featured  two productions.  Radcyffe…The Well of… , co-written by Australians Adele Saleem and Sara Hardy,  was about British couple Radclyffe Hall and Una Troubridge.  A Lonely Romance, about a young man lost in the fantasy world of old Hollywood, was written and performed by Bostonian James Vetter.

Calgary puppeteer, Ronnie Burkett, brought his satirical and other-worldly Theatre of Marionettes to Vancouver. Its popularity turned it into an  annual tradition.

Rise Up! at the Orpheum Theatre featured Canada’s only gay chorus, the 75-voice Vancouver Men’s Chorus. Guest artists were Ronnie Gilbert (formerly of The Weavers), Roy Bailey and David Sereda. 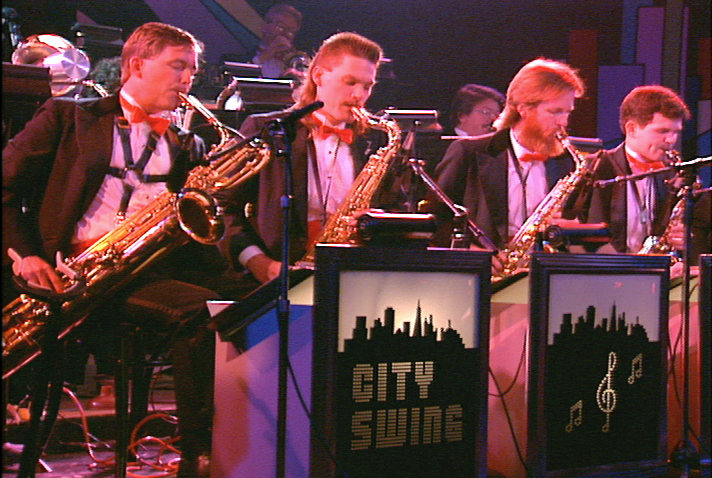 Swing ’90 at the Commodore Ballroom featured dancing and floor shows with the big band sound of 18-piece City Swing Dance Band, the San Francisco Tap Troupe, Company L.A., and the Vancouver Men’s Chorus. The Lesbian and Gay Bands of America commanded an evening on the Orpheum stage. 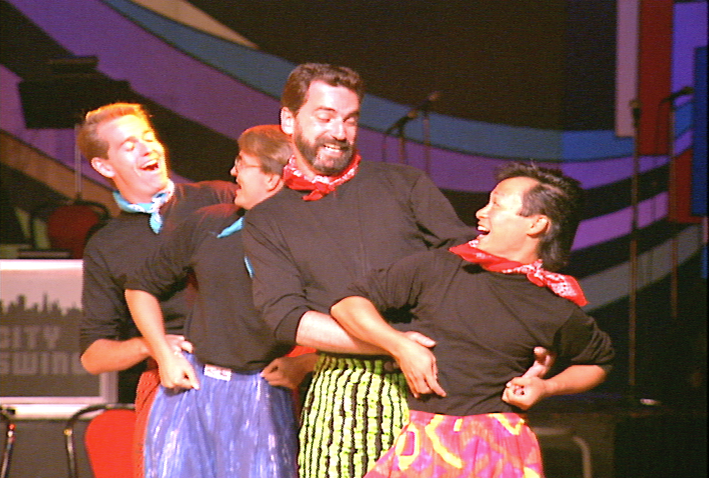