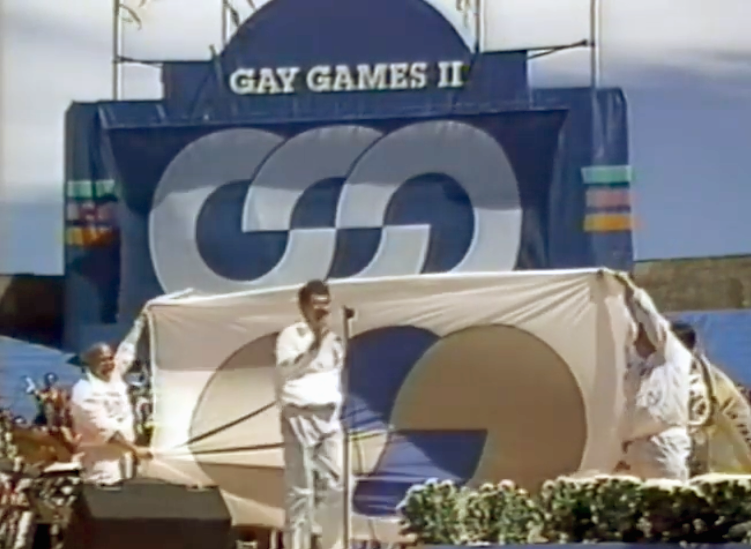 The First Vancouver Gay Summer Games (VGSG) was  held in 1983. The goal of the Metropolitan Vancouver Athletic and Arts Association in initiating the VGSG was to develop an infrastructure that could support a future Gay Games bid.  They also thought the VGSG would demonstrate to the San Francisco Athletic and Arts Association (SFAAA) that Vancouver had the administrative skills, volunteer pool, and critical political and policing connections to successfully fulfill a winning bid. 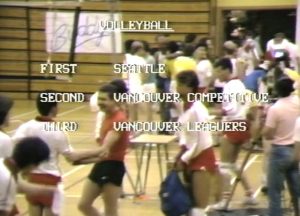 Gayblevision community cable series broadcast a special episode on the 1983 Vancouver Gay Summer Games. This screenshot shows the results of the men’s volleyball tournament over top of video showing the athletes gathering at the venue.

The VGSG repeated in 1984 and in 1985 under the more inclusive moniker “The Gay and Lesbian Summer Games.” Each year Tom Waddell was invited and attended as a special guest of the MVAAA. Other summer gay games sprang up across the country building a national roster of athletes for a future Canadian Gay Games. 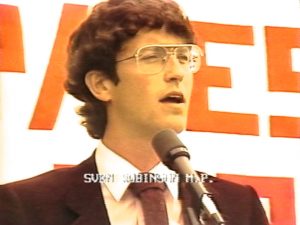 From the Gayblevision special on the Vancouver Summer Gay Games. Svend Robinson speaks at the 1983 Vancouver Gay Pride Parade in support of a Gay Games for the city.

The MVAAA cemented key relationships during these years. They garnered the support of Member of Parliament Svend Robinson, City Councillor (and future Mayor) Mike Harcourt, and the Vancouver Police Department.

Betty Baxter agreed to join the board bringing with her an invaluable network of female athletes and organizers. A bid steering committee operating as a collective coordinated the necessary work. Members were Betty Baxter, Barbara Dempsey, Richard Dopson, John Gates, Barry McDell and Terry Wallace. They outlined a working understanding of the Gay Games philosophy:

In spring of 1986, after thirteen months of dedicated preparation, the MVAAA met in San Francisco with the SFAAA to present their bid package for Gay Games III.

View this video with a transcription: “Richard Dopson: Presenting the Bid Package”

Dopson recalled some initial hesitation on the part of the SFAAA. Vancouver was the first bid they’d received. With Waddell’s support, the decision was made. The MVAAA returned home to prepare for the announcement at the Closing Ceremonies that summer. They put together banners, pins, and other ephemera to hand out at Gay Games II. Dopson returned to San Francisco, volunteering in the Gay Games office to get first-hand experience for what would come next for Vancouver.

Finally, at the Gay Games II Closing Ceremonies, Tom Waddell announced that the Games were going international. Vancouver would be the first city outside the United States to host a Gay Games.

Gay Games I to the MVAAA Uniting Communities