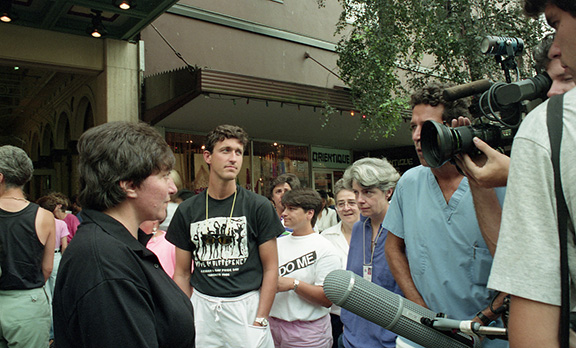 Comedian and Celebration ’90 M.C. Robin Tyler, and then-out Canadian Member of Parliament, Svend Robinson, answered questions from the press on August 10, 1990 outside the Orpheum Theatre.

As media coverage of the Gay Games grew, opponents became more vocal. Many evangelicals, right-wing commentators, and politicians, including B.C. Premier Bill Vander Zalm, spoke against them. However, over time greater press coverage worked in favour of the Games.

In 1988,  University of B.C. President, Dr. Strangway, turned down the MVAAA’s request to rent UBC facilities, calling the Gay Games an “extremely sensitive and divisive issue.” [1] The MVAAA board and a group of UBC alumni worked to change that, generating a lot of press while doing so. Ultimately, the Board of Governors overturned Strangway’s decision.

The same year, Member of Parliament Svend Robinson came out in the middle of his reelection bid. Public meetings turned vitriolic. A newsletter appeared on his constituents’ doorsteps headlined “Sodomite Invasion Planned for 1990”. [2] Next to the anti-Gay Games article was a photo of Robinson, a known Games ally. The Gay Games once again became front page news.

Robinson prevailed, becoming the first “declared homosexual” elected to the House of Commons. He shared his victory “with lesbians and gay men across this land working with courage and dignity to break down the barriers of fear and misunderstanding and to promote pride and respect in who we are.” [3] 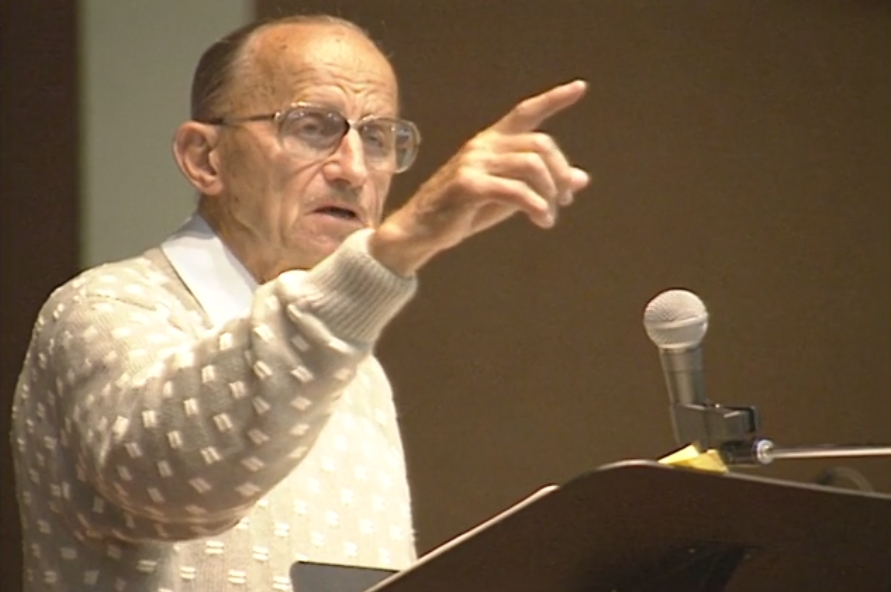 A flashpoint for public sentiment was an anonymous full-page ad placed in local newspapers in November 1989 headlined  “Time Is Running Out – Concerning Gay Games Vancouver”. The ad condemned homosexuality and urged Christians to stop the Games through prayer. It said the ads were paid for “by Christian leaders who live in Greater Vancouver and love this city and its people.” [4]

The ads were immediately denounced by most religious leaders as cowardly. [5] It wasn’t long before Pastor Robert Birch of Burnaby admitted that he had initiated and paid $15,000 for the ads.

Public response was swift. Letters condemning the ads appeared in both newspapers,  and the newspapers themselves were criticized for having published them in the first place. More subscriptions were cancelled over that incident than any before.

Phones rang off the hook at the Celebration ‘90 office. Callers felt the ads were an attack on human rights and they were angry someone was  trying to stop any community from holding their own event. Volunteer numbers shot up, not just from the LGBTQ2S+ community, but from straight allies as well.

Public opinion had irrevocably shifted in favour of the Games.

View this video with a transcript: “Shawn Kelly: Our Mark of Pride”

Despite vocal opposition by evangelicals prior to the Games, there were only minor protests once it started. One woman, draped in poster boards covered in biblical passages, was omnipresent but not threatening. Another group, likely associated with Pastor Birch, came to Swangard Stadium daily, prayed for the Games to end, and then left. 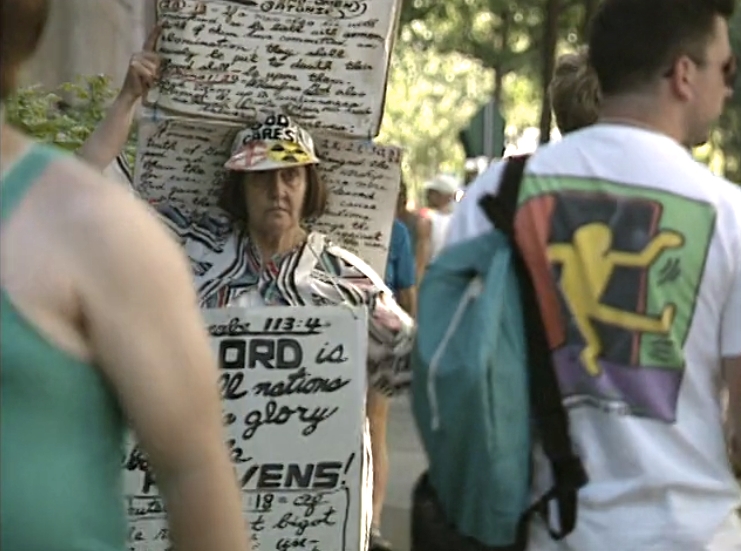 This religious protester appeared at several events in the West End and downtown.