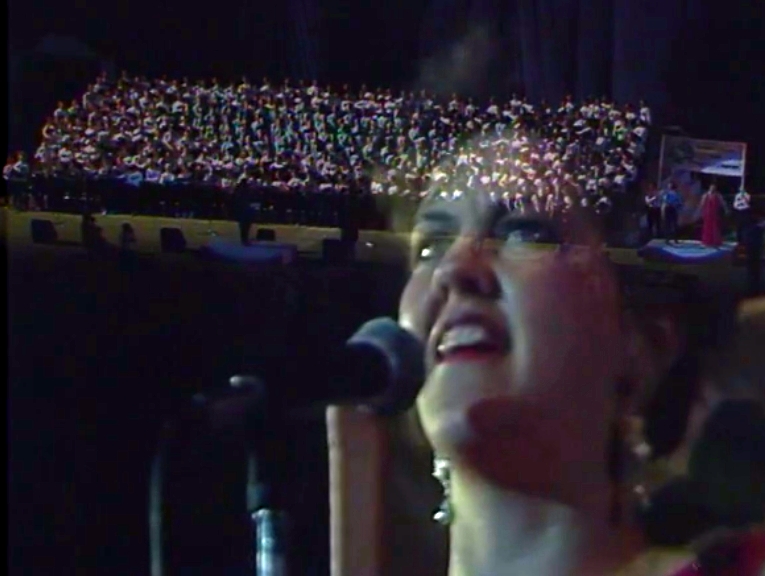 Earlier in the year, Colorado conductor, Carol White, extended an invitation to the world to come sing at the Games. Those who agreed came together for the first time in Vancouver. The Celebration ‘90 Festival Chorus took to the stage to sing their unifying song, “Come Celebrate”.

Formal presentations were made by representatives of the MVAAA, the Federation of Gay Games, and Honourary Board member. Svend Robinson acknowledged those whose vision made Gay Games III possible and the straight friends and families who had come that night to support their loved ones.

The Outstanding Contributor Award went to the designer of the Games medals, Marie Belmont. She graciously accepted a basalt sculpture by Inuit artist, Mathew Aqigaaq, from Nunavut. In a generous act of solidarity, chose to honour another member of the team.

Pope’s performance was prefaced with a tribute to friends, lovers, and family members lost to AIDS. A single spotlight illuminated a white, riderless horse, the traditional symbol of fallen heroes. As the horse was was led slowly through the crowd, Pope began her set with “On the Line”. She followed with a second Rough Trade song, “Symbolic”.

View this video with a transcription: Opening Ceremonies: Carole Pope

Lorraine Segato began her set by sharing her feelings about the night in a moving tribute to the Games and athletes before her before moving into her song “Good Medicine”.

View this video with a transcript: Lorraine Segato

A video played showing  torch bearers Penny O’Neil and Kent Knutsen lighting the torch from The Flame of Peace monument at Seaforth Park.  The audience watched on the big screen as they made their run to B.C. Place  As the video ended, the final set of runners, Woolly Taylor and Marlene Wong [2], jogged  through the parted crowd on the stadium floor and climbed the stairs to the stage to light the Celebration ’90 Flame. Svend Robinson with Robin Tyler declared Gay Games III and Cultural Festival officially open.

View this video with a transcription: “The Torch Arrival and Official Opening”

The evening closed with popular Vancouver jazz, funk, and club singer, Amanda Hughes, performing the official song of the Gay Games, “Reach for the Sky.” 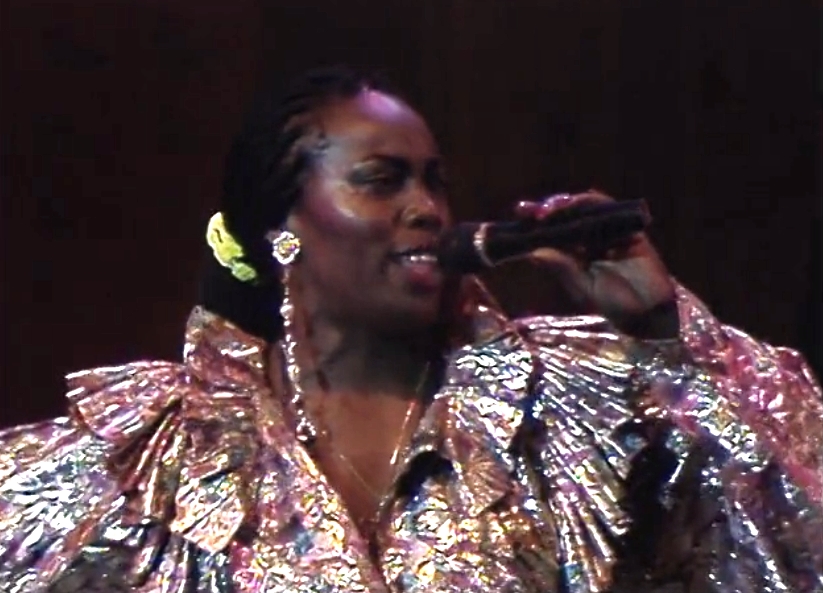 [1] Pope was formerly with Rough Trade and Segato with Parachute Club. Both co-wrote iconic hits: Pope, “High school Confidential”, one of the first lesbian-themed songs to make the Canadian Top 40; and Segato, the freedom anthem “Rise Up!”
[2] Identified as “Arlene Wong” and “Marlene Wong” in Celebration ’90 records.

Opening Ceremonies: Out and Proud The Games Begin