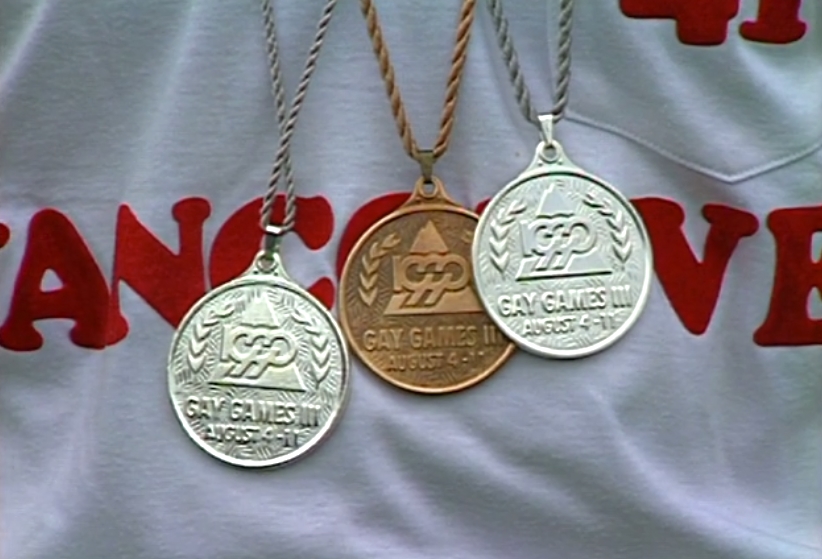 Gay Games III continued a legacy of firsts for the LGBTQ2S+ athletic community. The majority of competitors were amateurs. They were there to socialize, celebrate, and enjoy sport in a supportive environment. Celebration ’90 was the first Gay Games to introduce a medal for all athletes in keeping with the movement’s founding principles of participation and personal bests.

For many registrants this was the first time they’d competed as out athletes.  One participant said he’d not realized how much the stress of remaining closeted had impacted his past performances in straight competitions until he competed at Gay Games III.

View this video with a transcription: “Athletes Interviews” 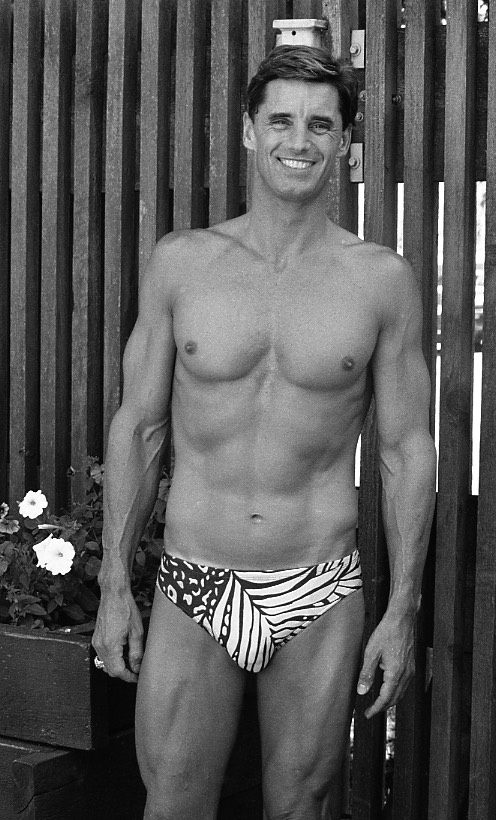 Winning medals remained the goal for many registrants. From the Games’ inception competitive LGBTQ2S+ athletes saw the Gay Games as an opportunity to prove that their abilities were equal to those of straight athletes.

Swimming was a sport where achieving a personal best might also set records. Organizers decided to stick with a non-competitive structure without seeding. However, for the first time in Gay Games history, the MVAA had a sport recognized and sanctioned. “The  Gay Games III International Open Masters Swim Championship” was at the time the largest Masters swim meet in Canadian history. It was sponsored by the English Bay Swim Club and took place at the Vancouver Aquatic Centre.

Michael Mealiffe, representing the West Hollywood Aquatics Club (WH2O), competed in the 50-54 age group. An ex-competitive swimmer he had joined WH2O earlier in the year and had just turned 50. He made history on August 5th with his win in the 100m men’s butterfly with a time of 1:07.04. His time in this swim was the first World Masters record set at a Gay Games. His second record was set in the 50mm men’s butterfly on August 7th with a time of 28.63.

The host club, English Bay Swim Club, won a total of 42 medals across all categories.

View this video with a transcription: Michael Mealiffe World Records 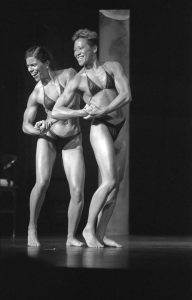 The Physique competition was a popular one for bodybuilders and audiences. It had been part of the Gay Games since its inception. In another first, Gay Games III introduced a same-sex pairs competition.

The elaborate production at the Orpheum Theatre  was part competition, part entertainment. The Committee included a script writer, choreographer, and set, lighting and sound designers.

Physique attracted 175 competitors from as far away as the Netherlands, New Zealand and Australia. California dominated the night including in the women’s pair competition. Two Canadians did win silver: in the Women’s Heavyweight Class and Men’s Middleweight Class. [1] [2] 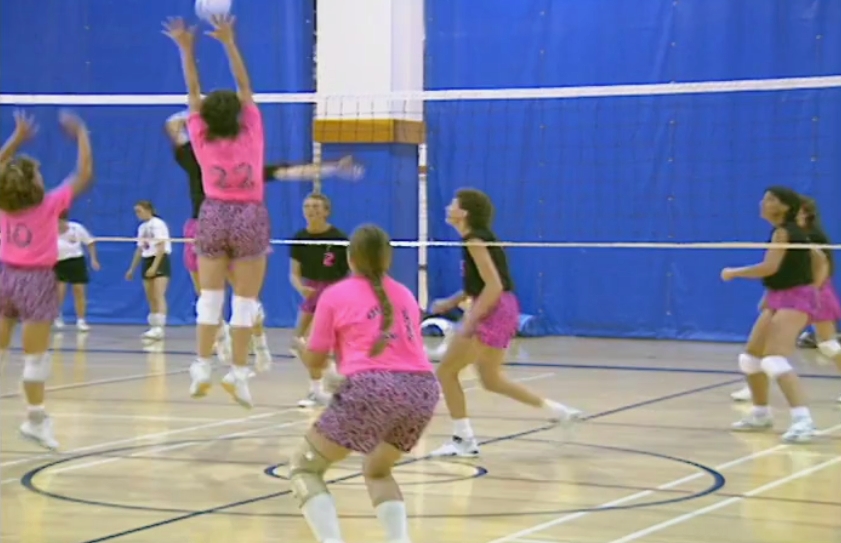 [1] The most complete results are available online at the Federation of Gay Games. Participants were not always recorded by city or team at Gay Games III. FGG have  used contemporary newspaper accounts and athlete contributions to expand information on the medal winners. The FGG welcomes corrections or additions such as other placements or the names of members in team sports.

[2] Richard Dopson fonds – AM-1572. City of Vancouver Archives. This figure is an estimate based on available Metropolitan Vancouver Athletic and Arts Association records.