We are explorers of a new terrain in a world without borders. We are creators of our lives, of our communities. […] No longer are we settling for the stereotypes and gender categories imposed on our communities. Telling our stories has moved us into the open.

Words Without Borders was Canada’s largest gathering of LGBTQ2S+ writers held to date. The series, organized by Co-Directors Jana Williams and Rick Marchand, included a Literary Gala, writers’ panels, workshops, Out on the Shelves (an LGBTQ2S+ literature exhibit at the Vancouver Public Library) and an open mic night.

View this video with a transcription: “Words Without Borders: Nicole Brossard”

Artcelebration ‘90, the festival’s visual art component, was a series “animated by the threat to freedom of expression, issues of censorship, the desire to celebrate our lives and the simple wish to display art objects of beauty and creativity.” [2] Artists were responding to recent regulations from all levels of government that targeted sexual imagery and other forms of expression. LGBTQS2+ artists and their community had been disproportionately impacted.

The largest exhibit in the series was of regional artists hosted at Community Arts Council Gallery.  Committee co-chair, Ian Thom, discussed the works with FPP.

View this video with a transcript: “Ian Thom: Artcelebration ’90”

Exhibits at two artist-run centres dealt directly with themes of sexuality and censorship. The Pitt International Gallery showcased an invitational exhibition, “Depiction and Resistance”. Western Front Gallery hosted Kiss & Tell Collective’s interactive exhibit “Drawing the Line”.  One hundred black and white photographs explored lesbian sexuality from a simple kiss to S&M.  The collective invited viewers to write on the images and walls with their own thoughts on where the line should be drawn. 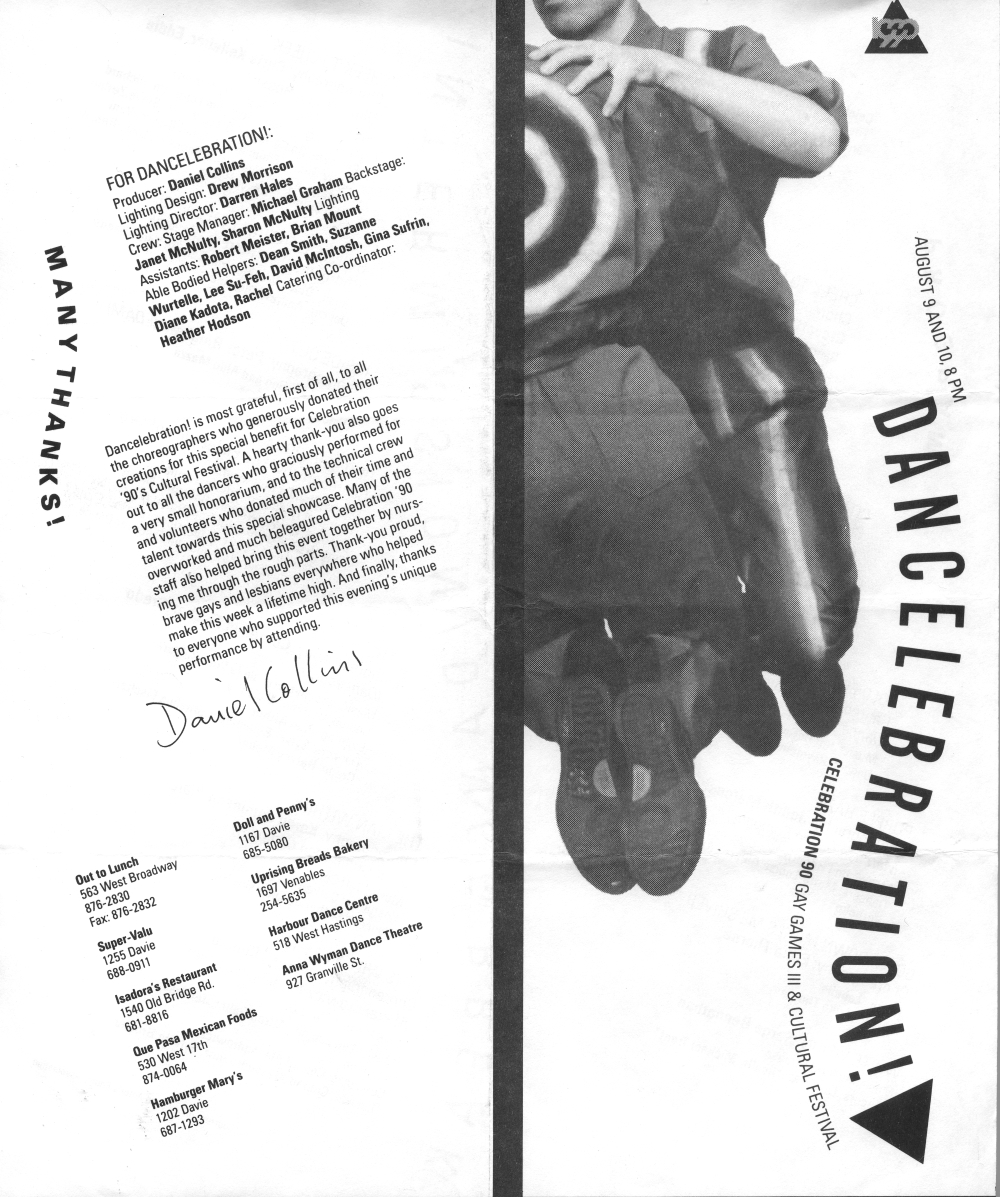 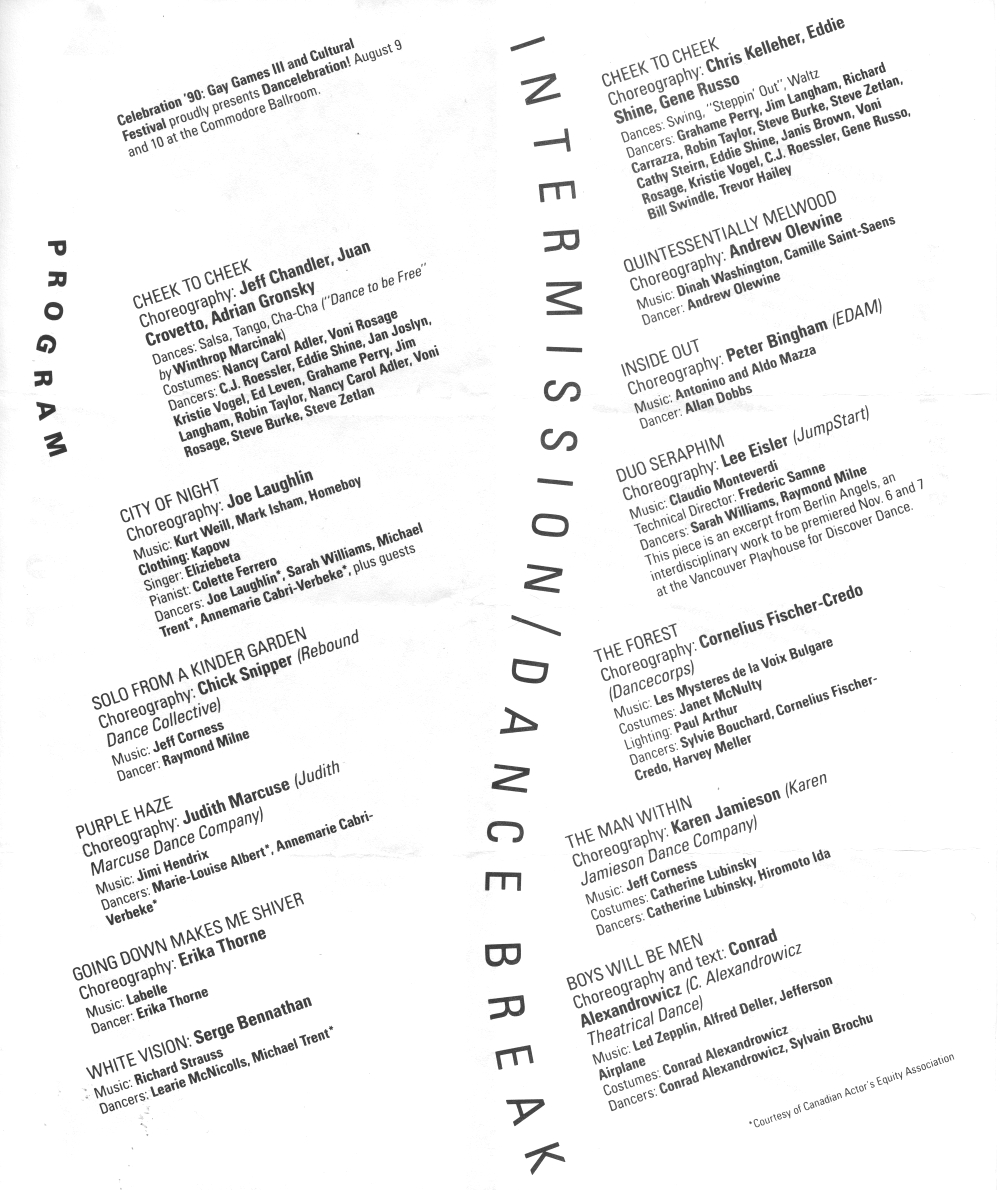 Daniel Collins described his involvement with Dancelebration! and the programme in his interview with FFP.