Extract from newspaper La Presse in 1968

All this rocky escarpment country lining the train tracks made these early climbers restless to get into the hills. The Brett family and other pioneers shared this paradise with their friends, but also wanted to attract younger people so they could discover the magic of the region’s rock faces. To tempt Montrealers away from the city, they came up with idea of promoting Val-David as a place with extraordinary rock walls!

It goes without saying that the Brett family acted as change agents on the eve of the awakening of rock climbing in Val-David. But to get the word out about the region’s climbing potential, they needed some help. So, they contacted various outdoors clubs already in existence and asked them to bring their members up to experience rock climbing.

The McGill Outing Club (MOC) was the first one to integrate the sport into its activities. Among MOC members, there were some who fell in love with rock climbing and several of them were responsible for creating the legendary route known as Fatman’s Misery (1936). Seven years later, MOC member and native-born Mexican Pete Coro, opened up the most often climbed route for beginners in Québec, Chico! 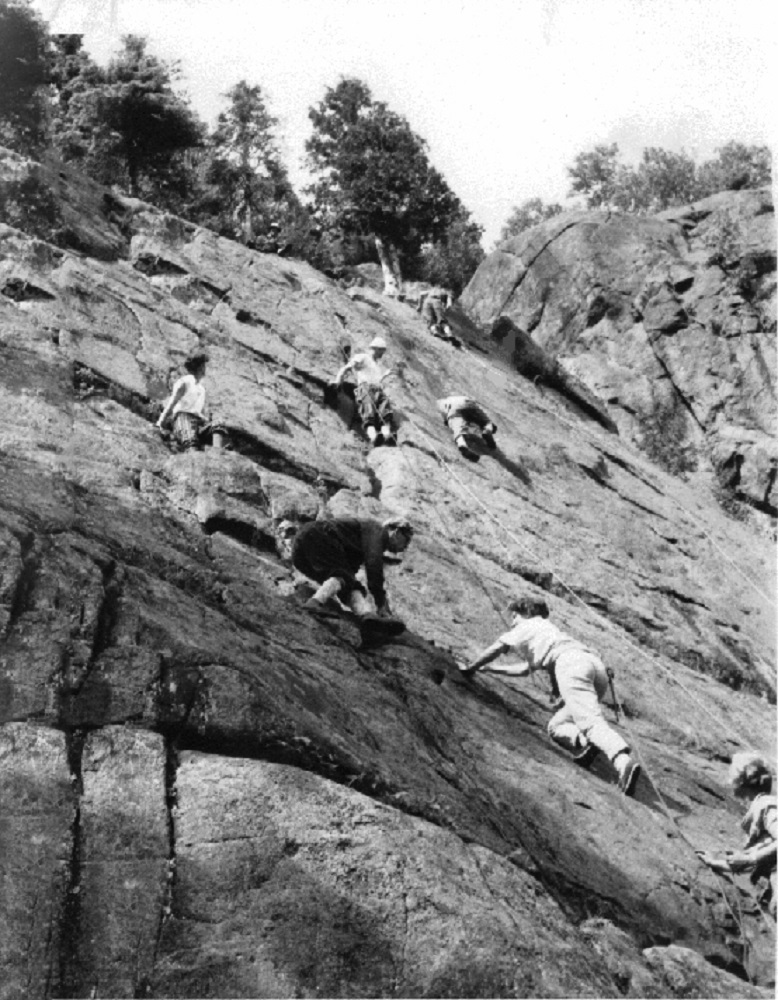 Later, in 1941, John Brett thought to improve things by setting up the first Montreal section of the Alpine Club of Canada (CAC, Montreal section). This organization from Western Canada started in Alberta in 1906. John Brett’s idea was to attract the attention of Montrealers, and so the first meeting of CAC’s Montreal section was held in Val-David. The club’s enthusiasm was so contagious, it helped Val-David gain an international reputation as a rock-climbing centre.

Links were forged between members of various nearby clubs: the MOC, CAC’s Montreal section and the Dartmouth Outing Club (DOC) across the border in New Hampshire. These exchanges and the notoriety of Val-David continued to attract the curious to discover the unique quality of our rock formations. Of particular interest was the majestic column next to Mont Condor. This remarkable vertical rockface, completely detached from the rest of the rock wall, stands out from its surroundings and appears almost inaccessible. It has been a summit coveted by climbers since its discovery in 1928. 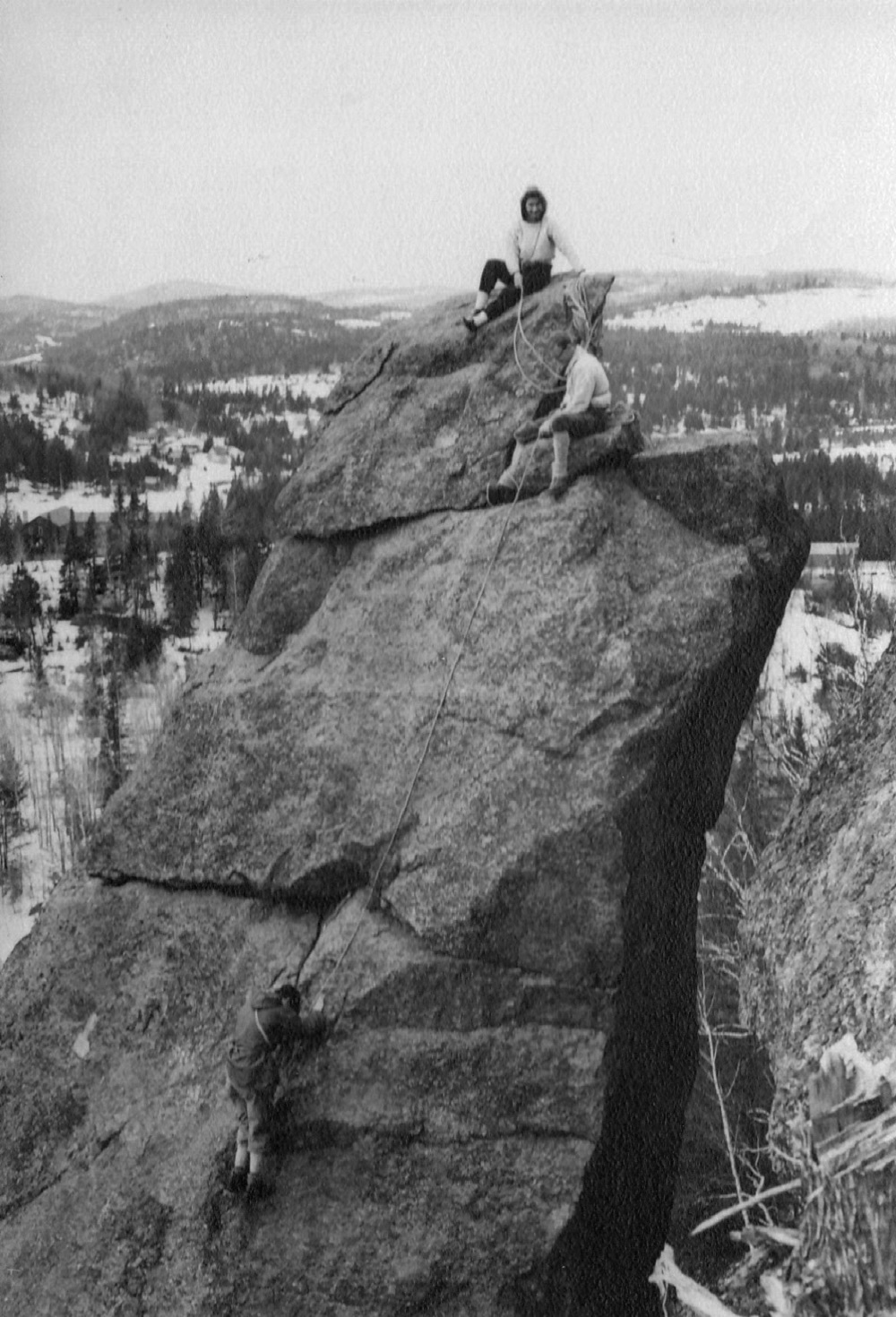 Three climbers on the Aiguille du mont Césaire in 1959

Finally, on May 23, 1947, the Needle was conquered by the American Granville Austin. The news spread to the eastern United States like wildfire, drawing the attention of climbers of worldwide renown such as Fritz Wiessner. It was Fritz who opened up numerous new climbing routes in Val-David that are still popular today. Following on from the work of the pioneers in the period 1930 to 1950, other celebrities came to open up ever more routes and leave their mark on Val-David for years to come. 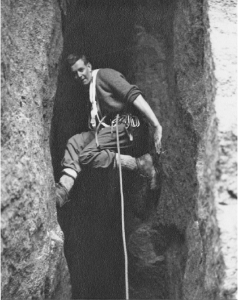