Martine Lavallée in the route “Garataqueue” in 2000

The first decade of the 21st century shook up all the current values linked to traditional rock climbing, as it had been known in Val-David. Everywhere around the globe, the sport of rock climbing had been splitting into specialized segments for some years and with the appearance of bouldering, it split even more.

Val-David being no exception, climbing on boulders soon became popular. To assist climbers who wanted to boulder, a guide to the Blocs de Val-David was published by the Val-David/Val-Morin Regional Park.

The surrounding region abounds with woodlands filled with giant stones of impressive height. Some of these, having been transported by a glacier during the last Ice Age, reach up to 20 metres in height. They are known as “erratic boulders.”

The creation of the Val-David/Val-Morin Regional Park, the Club des Montagnards Laurentiens, as well as expanding information technologies, has all helped in giving Val-David a worldwide reputation. But it is Paul Laperrière’s Guide des Parois Val-David which consolidated this notoriety for Val-David’s rock walls. 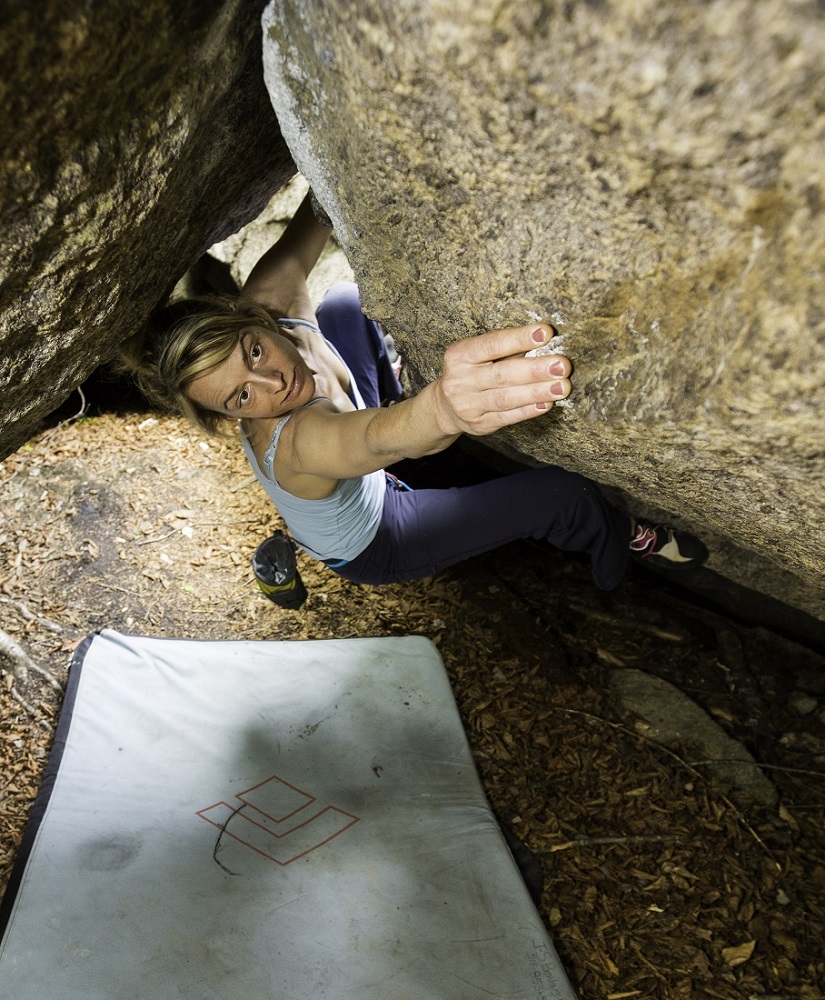 As the new millennium got underway, women began playing a larger role on the climbing scene in eastern Canada. They were soon more successful  than many of the men who had preceded them. They had excellent route-setting abilities. In Val-David, a number of local women are known to be prolific route setters. 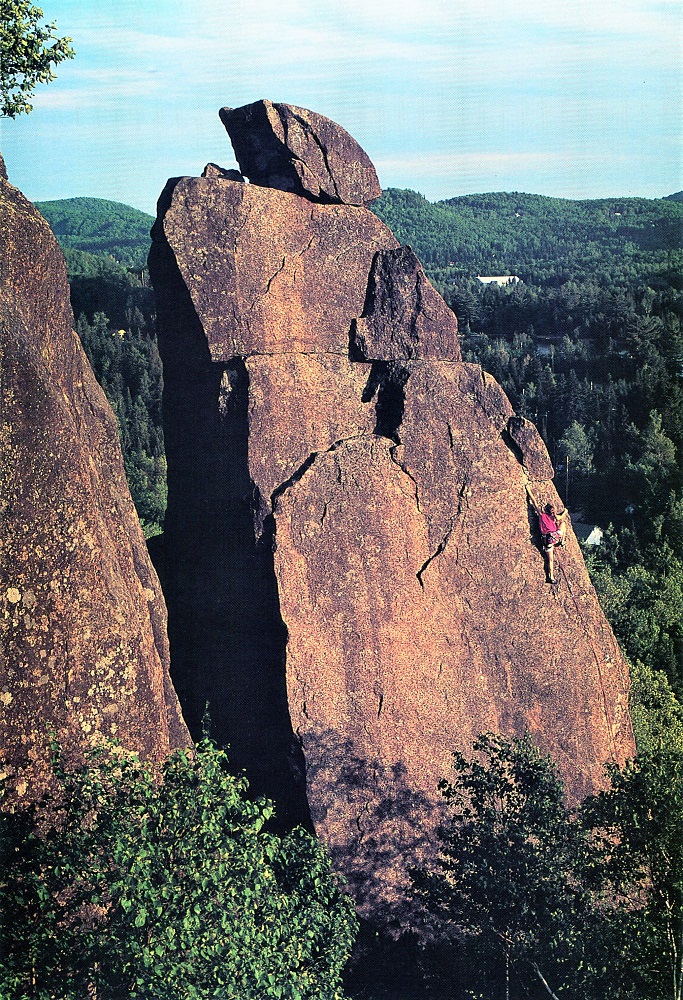 Whoever one day tries out rock climbing will understand how addictive it became for the men and women climbers of Val-David in the past. It took an unusual combination of circumstances for the sport of rock climbing to be born here in our village. One can only imagine that the stars were all aligned right above the village. Today, in a 21st century that is well underway, Val-David is fortunate to have within its community of climbing enthusiasts, passionate devotees who seek only to make their little corner of the land better known.

Here is a quick look at some of the gymnastics performed in Val-David by our climbing aficionados!

Jérôme St-Michel hanging of the “Toit de Ben” (subtitles available in FR and EN). Watch the video with the transcription (EN).