The rock faces of Val-David were discovered at the same time as the vicinity’s potential for skiing and outdoor activities. In the 1920s, people of European origin, acting as pioneers, started to locate and develop this potential. The Norwegian skier Herman Smith-Johannsen, commonly known as Jackrabbit, opened up trails for Nordic skiing, including the now famous Maple Leaf Trail. It started from the station at Labelle, came down under Mont Césaire in Val-David, and ended at the station in Shawbridge.

Other heritage trails from that period were cleared in the Laurentians, some with evocative names like Dix Lacs, the Munson, Cook and Gillespie trails, and others. They were traced in the 1930s and 40s by people like Jackrabbit, Peter Gillespie and other pioneers of skiing in Québec.

Émile Maupas, born in France, brought with him techniques for outdoor physical activities when he moved to Val-Morin in 1923, founding Camp Maupas. John Brett was a Swiss-born friend of Jackrabbit who identified the rock faces and ice walls of Mont Césaire, and later those of the  Mont Condor sector, where he first named the rock formation known as the Needle. 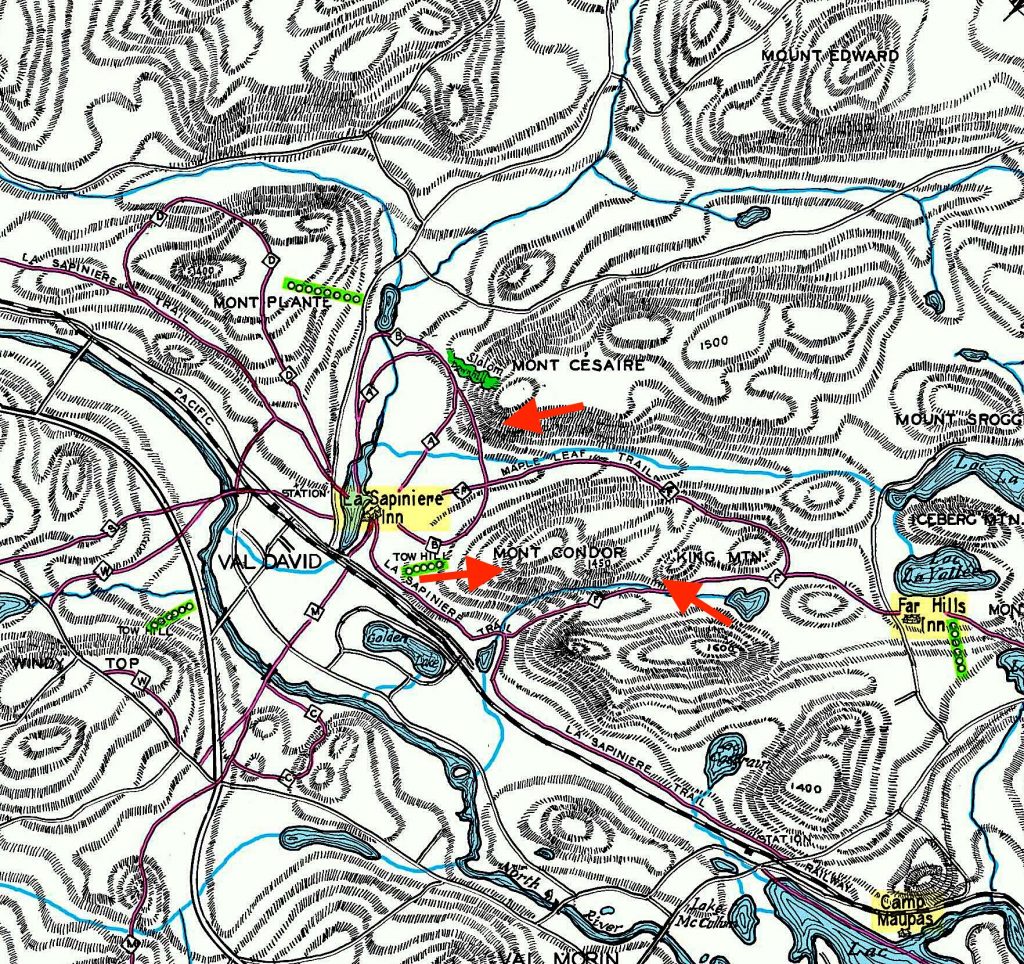 Map of the trails and mountains of Val-David in 1951

On some of these mountainsides, rock faces of 100 metres in height can be found. All of these rock walls and neighbouring mountains  are composed of a crystalline rock from the Precambrian period. They belong to the Morin anorthositic massif and it provides an ideal surface for rock climbing, scrambling or bouldering, and what in the old days was simply called mountaineering. The mountainsides are covered in a morainic layer of variable thickness, laid down during the last Ice Age. 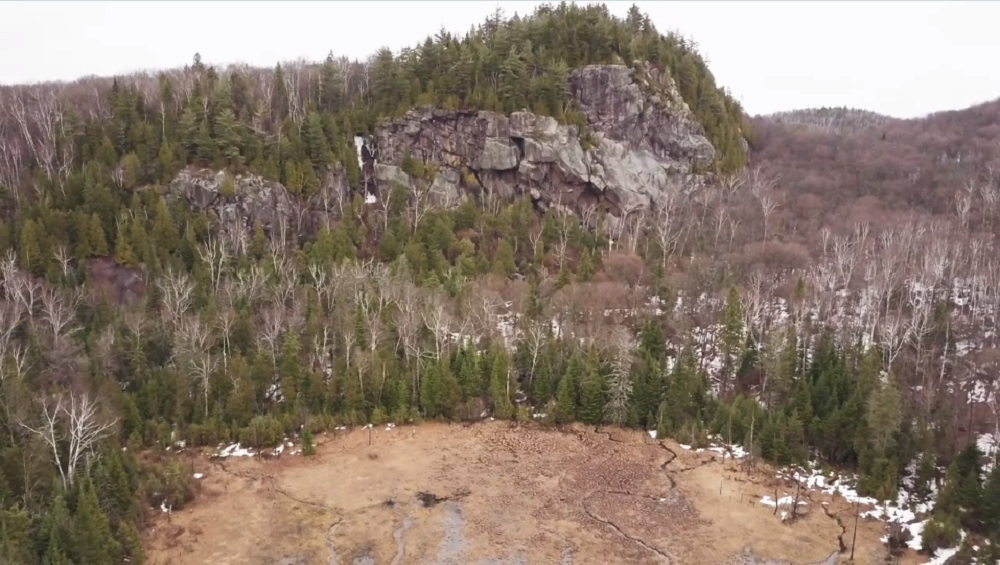 By the year 2020, climbing routes on the rock faces in the vicinity of Val-David numbered in the hundreds. They differ in height from between 10 to 130 metres. Some documents mention as many as 500 and more routes, and still others speak of 900 rock climbing routes!