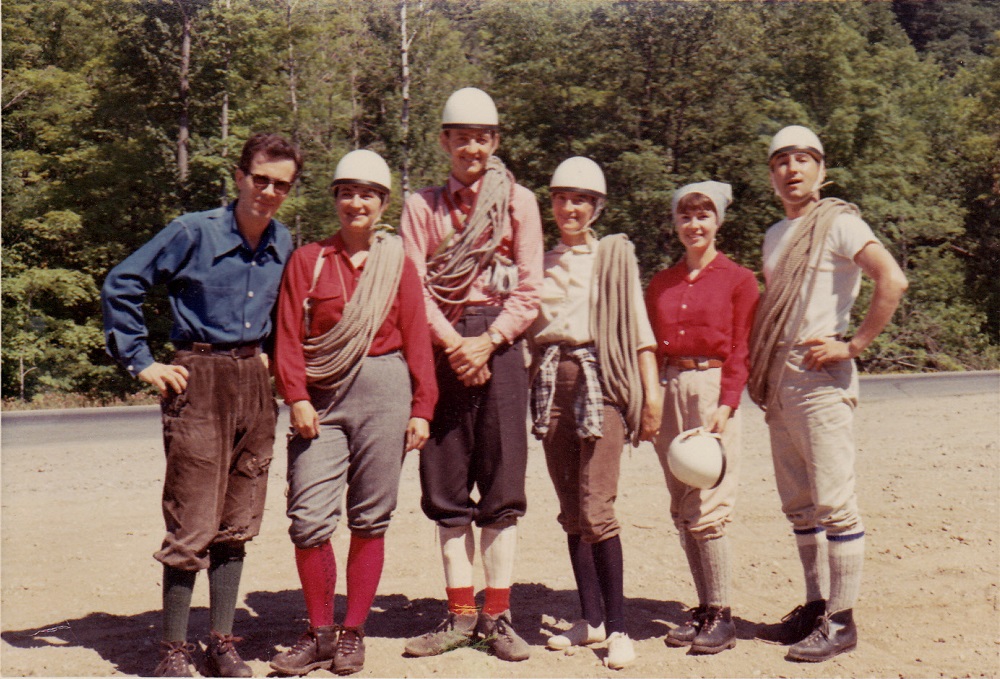 In the documentary Les Rochassiers, filmed in the spring of 1968, there is a scene that was becoming a more and more common sight on Rue de l’Église in Val-David at the time. Small groups of young people could be seen walking with a rope wrapped around one shoulder and a backpack, making their way toward Mont Césaire or Mont Condor.

Most of the youths pictured were taking part in climbing workshops run by the Fédération des Clubs de Montagne du Québec (FCMQ). They would lodge at Auberge Le Rouet, which became renowned for the number of young people staying there who came to discover the art of rock climbing on the rock faces of Val-David. 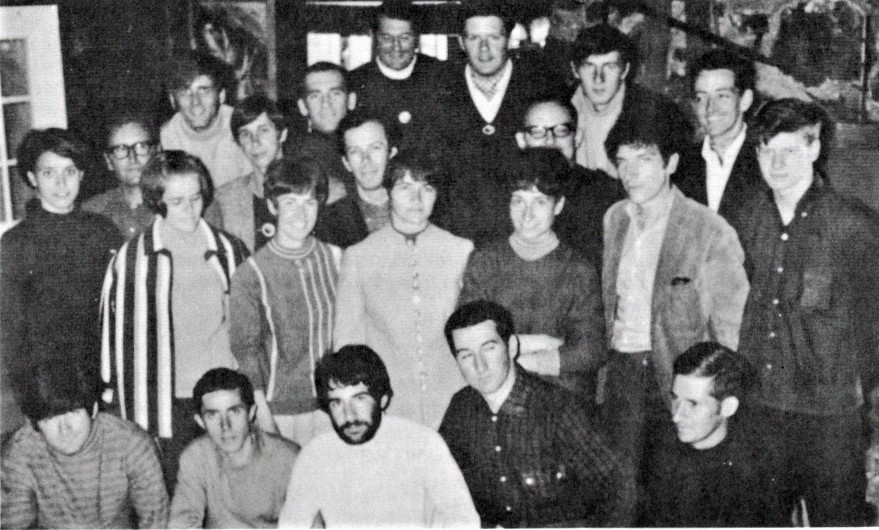 First Internship at L’Auberge Le rouet in may 1969

In the 1970s, Val-David was undeniably THE ideal location for teaching the fundamentals of rock climbing. Given that the primary mission of the FCMQ was to train leaders, the future teachers were attracted from university campuses by means of tantalizing promotions. The aim was to democratize rock climbing so that all physical education teachers could make it a part of the curriculum in Québec schools. 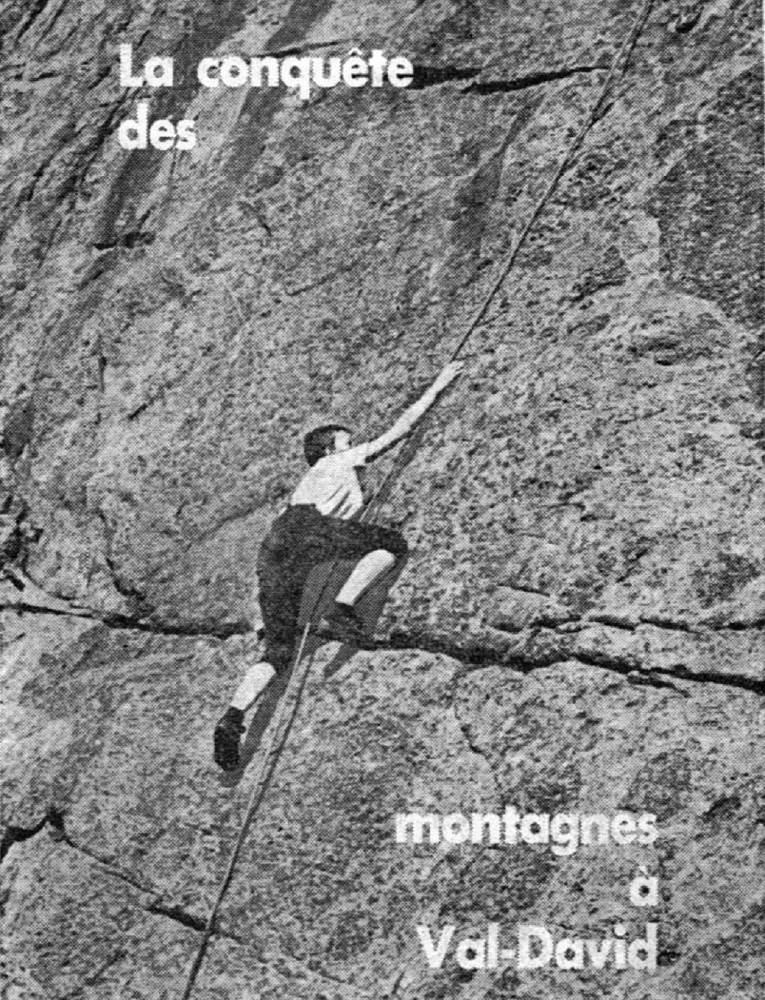 promotional poster of the FCMQ around 1968

In addition, not only were these trainees learning to climb, but they had to master certain safety and rescue techniques. 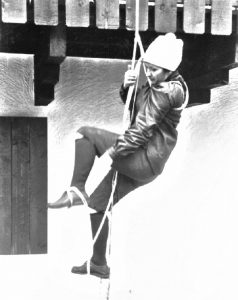 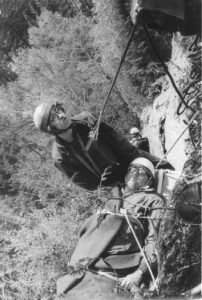 The promotion of Val-David as the ideal locality to practice rock climbing took place on a number of fronts. It was hoped that both young men and young women would be attracted to the region.

Hundreds of these young people discovered Val-David, some just to practise rock climbing, others to learn how to teach this growing sport. This did indeed have the desired effect of interesting lots of people in this outdoor activity in those years.

LOCAL YOUNGSTERS DISCOVER THEIR OWN PLAYGROUND

It might be thought that only people from outside were getting a taste for rock climbing, but that was not true. Youngsters from the village also started to participate. Two of them, Hubert Morin and Normand Cadieux, began to take courses and soon became key actors in the development of Val-David’s climbing community. 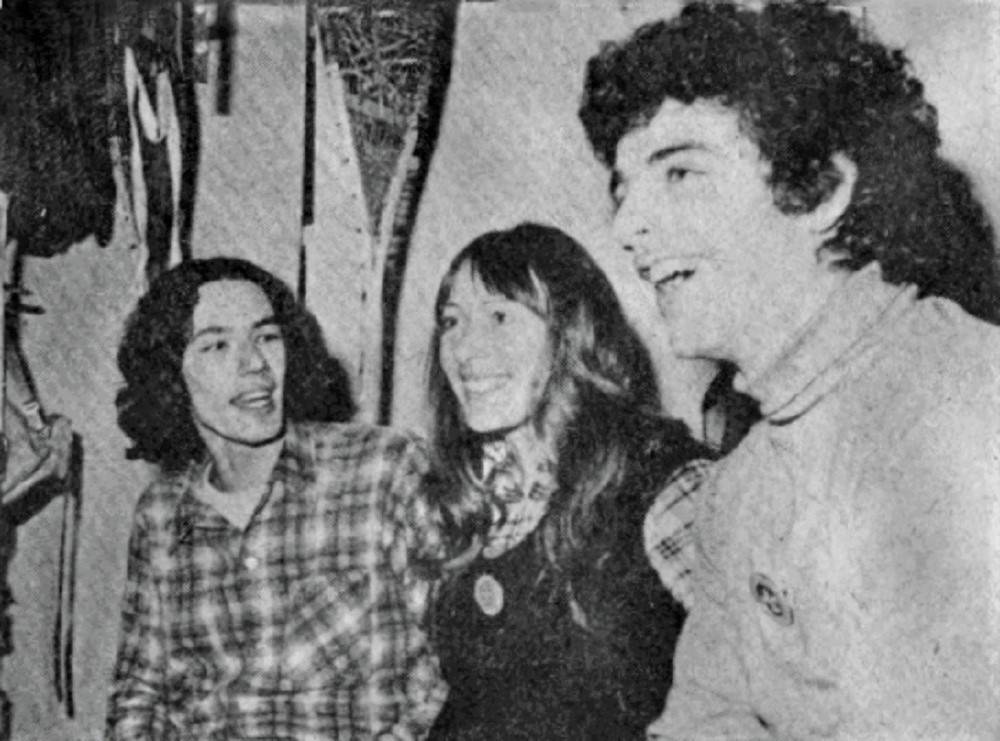 Community life in our village became progressively oriented around outdoor activities, in a place where nature could be enjoyed to the full.