The year 1849 meant a new start for three young men who were to be the first to arrive in what would eventually become Val-David. This isolated region was known simply as the Northern Townships. The following year, they were joined by their wives and other brave souls. One had to be strongly built and put on a brave face in this unforgiving landscape, known colloquially as the “land of rocks.” Another 20 years would go by before there was even a road leading from Shawbridge to the future Val-David. These early colonists lived a meagre subsistence existence, and their common lot was poverty. 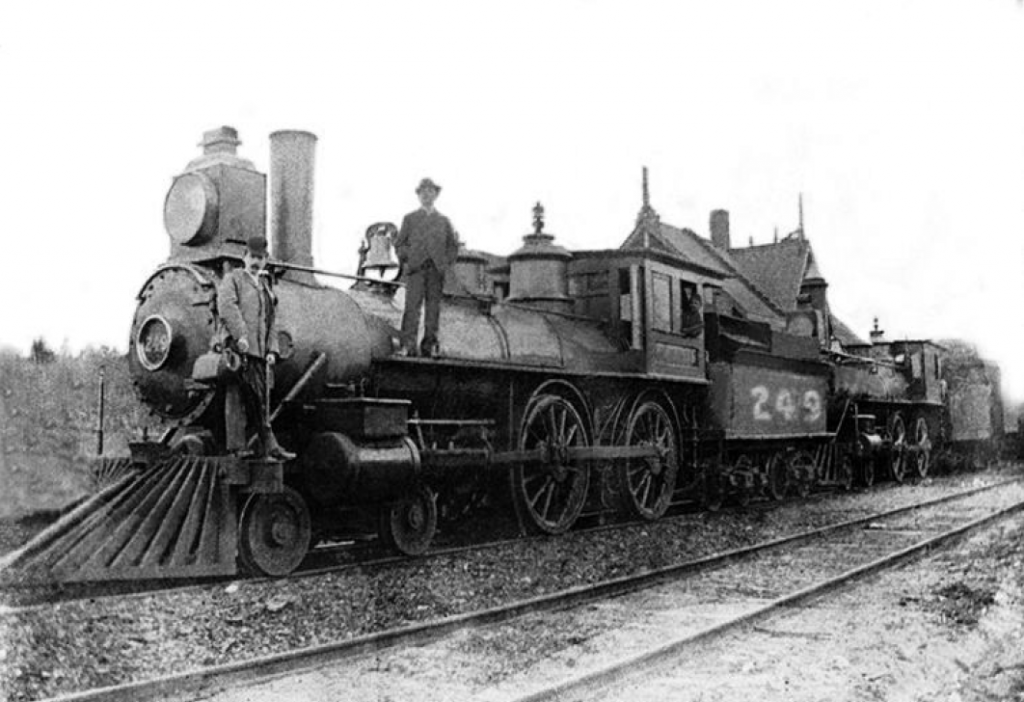 First train to reach Saint-Jérôme in 1876

HOPES RISE WITH THE ARRIVAL OF THE TRAIN

The “train up North” was a colonizing project conceived by Curé Antoine Labelle from Saint-Jérôme. It was destined to bring renewed hope to the hundreds of settlers already living here. The train from Montreal reached Saint-Jérôme for the first time in 1876.

Another 16 years passed before it reached our region in 1892. It was finally built all the way to Mont-Laurier in 1909.

Antoine Labelle sold the idea of a train to investors by promising supplies of wood for heating and construction for the Montreal market (lumber, wood for flooring, mouldings…). This meant our settlers now had a new outlet for their products, as well as relief from isolation and perhaps an escape from poverty.

Two stations were built in the vicinity, close to the mills as was only logical. Both were known by the mill names: Belisle’s Mills Station and Préfontaine Station. 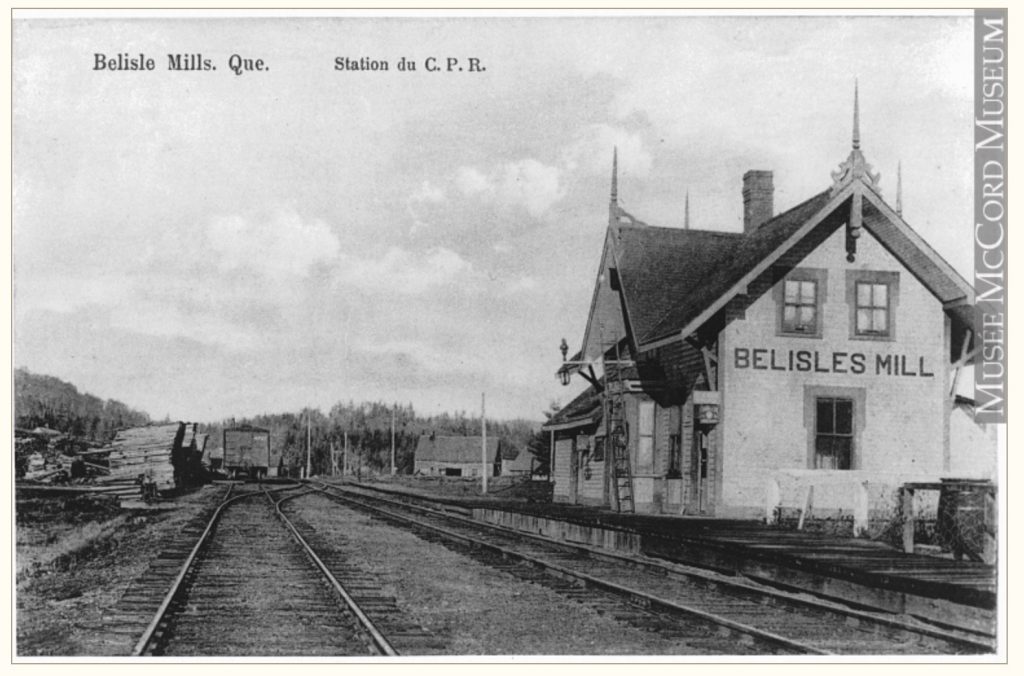 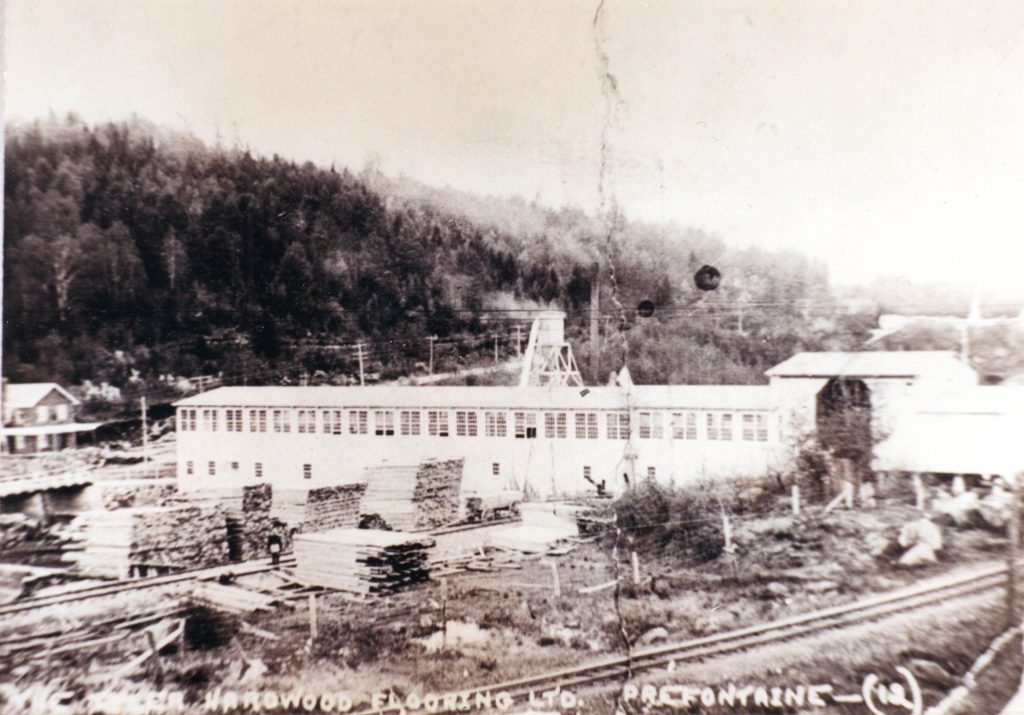 Slowly but surely, a community began to take shape around Joseph Bélisle’s mills and Rue de la Gare, with blacksmiths, general stores, a bakery and Post Office … In 1919, now with a population of some 420, the locality became a parish, with first a chapel and then a church, built in 1920. In 1921, the parish broke away from the district of Sainte-Agathe, and its official name became the Municipality of the Village of Saint-Jean-Baptiste-de-Bélisle. Val-David became its official name only in 1944. The future beckoned.

If the railway led to the exchange of northern products for southern produce, it also meant that people could come and go. The first people to benefit from a visit to our region were patients suffering from tuberculosis. 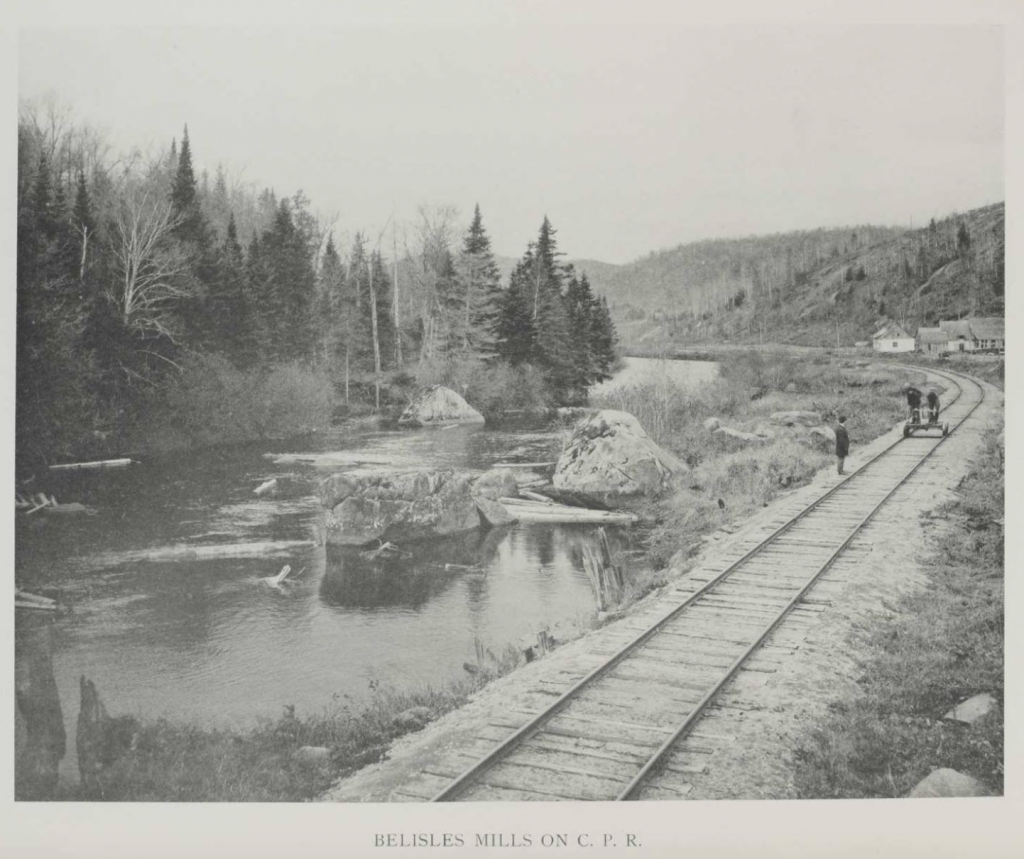 The railroad near Val-David in 1896